Following the release of BMW’s MINI range, R56/55/57 customers owning the earlier R50/53 etc models, rely on the expertise of the independent specialists to rectify issues with their vehicles.

One of the most common problems encountered by customers with these earlier models relate to various body issues. For example: windows dropping on their own accord, central door locking malfunctions and lighting errors – the list goes on.

In the experience of our BMW Technical Support Technicians, the most common factor that causes these complaints lie within the central body control unit – commonly known as the BC1 (Body Control Unit). The BC1 control unit is the main controller for the body systems on the earlier MINI models, whereas the later models rely on a similar system to that of a BMW called the FRM module (Footwell Module).

Perform a quick test
On the earlier R50/53 models, the BC1 control unit is located in the driver’s side footwell area (or on right-hand drive vehicles, just behind the bonnet release handle). This location caused issues with the BC1 due to water ingress, which naturally causes the failure of one or more circuits within the BC1. The first of the earlier models were fitted with an aluminium-cased BC1. When the problems were first reported and identified, BMW/MINI released a modified BC1 unit which was encased within a plastic black bodied unit and a repair procedure for the water ingress issue was also released.

The picture above shows the differences in old and new type BC1 units.

Therefore should a customer complain of various body issues and a BC1 control unit is suspected, Autologic Technical Support staff recommend garages perform a very quick test to determine whether an early or modified type BC1 control unit is fitted.

It has also been found that a visible inspection of the BC1 doesn’t always show signs of water ingress or damage. This could be due to water leaking into the vehicle over a period of time and collecting at its lowest point with no visible water track marks or visible evidence on the carpet. Thus, whilst the inner sill trim is still removed, Autologic also advises that the interior carpet is lifted to inspect the sound proofing for signs of water. However technicians should be mindful of the fact that due to the thickness of the sound proofing, a lot of water is often absorbed, leaving no indication to the driver/owner (or even the technician working on the vehicle) that there is/has been any water in the vehicle.

Allowing for the fact that a BC1 control unit has been identified as the cause of the problem, there are certain steps which MUST be performed to rectify the fault.

For vehicles prior to July 2004 with a rounded smooth key fob, the key barcode MUST be read out prior to replacement.

A word of warning: failure to do this will leave the vehicle without remote key function after replacement of the BC1. This simple oversight will mean additional work will have to be undertaken to correct the mistake, which is both a nuisance and inconvenience to technician and customer alike.

In the event that the BC1 has lost communications due to damage, this same procedure will also apply but a new remote will have to be purchased as well as a new BC1. The screenshot below shows a display of key information required for MINIs. 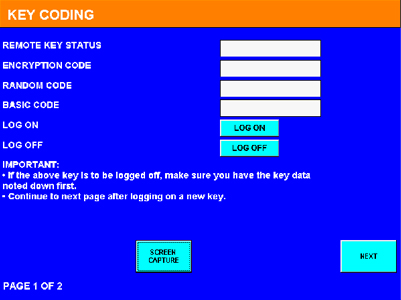 Vehicles released after July 2004 will have a different key, as shown in the key comparison pictures below. These later keys are flatter than the previous key fobs and can also be distinguished by the nobbly edge running around the fob rim. This type of key does not have the key information stored in the BC1 and can be initialised using the same procedure as for initialising keys on BMW vehicles. 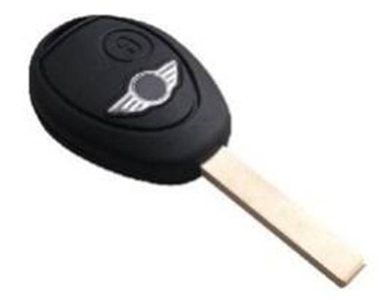 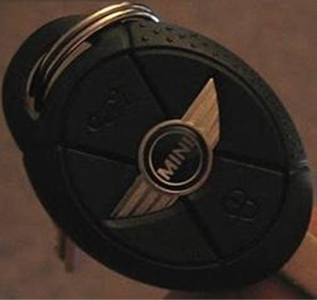 When replacing the BC1, to safe guard the new control unit, it is recommended that only the ‘Recode’ button is pressed (rather than ‘Replace’). This is because when ‘replace’ is pressed, the data from the old control unit is transferred to the new unit and in extreme cases corrupt software has been transferred, resulting in damage to the new unit.

Once the BC1 has been replaced and installed, a thorough ‘function test’ should be carried out. Once the function test is complete and the technician is 100% happy with the operation of the vehicle, the BC1 will then have to be assigned to the vehicle (see screenshot below). 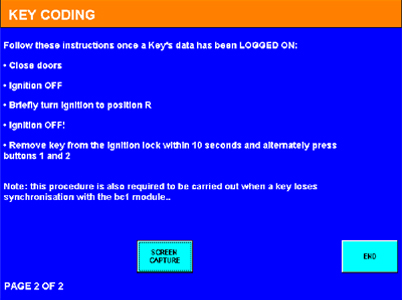 Important note: Assigning the BC1 should ONLY be done once all systems have been tested and found to be working correctly. This unit is assigned once and at this point the VIN number and the vehicle’s mileage is written to the BC1. Once done, there is NO correcting this. 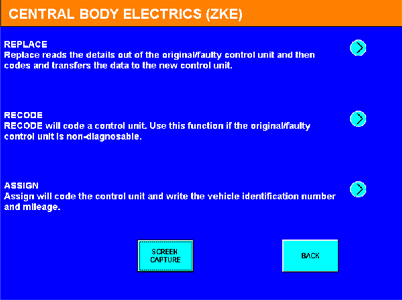 After carrying out the said procedure, you should have a stress-free technician and a very happy customer!

0 0
Previous : How to solve a common rail diesel fuel system issue on a Peugeot 307 HDI
Next : How to code diesel injectors