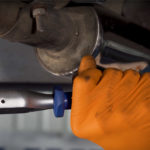 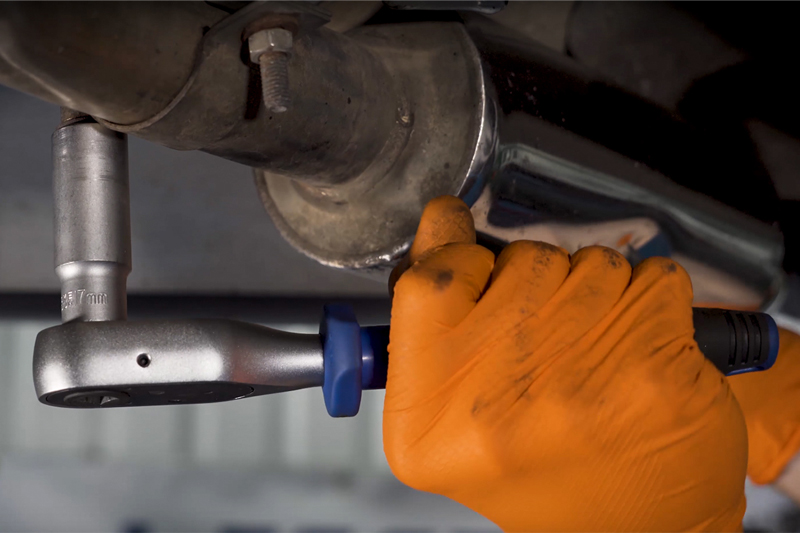 In terms of comfort and appearance, both felt comfortable and looked like good quality tools, with a nice, fine gear ratchet
that worked well in general use.

When I tested them in areas where there was limited space for access – which is between the component and the body where there isn’t enough space to swing a conventional ratchet – the tools were useful and, on the whole, worked quite well.

The 3/8” inch drive spins more than 360 ̊ with a simple pull of the pull-back grip on the handle, which is a very useful asset when access is limited.

“The 3/8” inch drive spins more than 360 ̊ with a simple pull of the pull-back grip on the handle, which is a very useful asset when access is limited.”

When using the tool, first loosen the fastener, nut or bolt, and pull the grip to remove it with ease. This ratchet cuts the time taken to remove and replace these components and fasteners when compared with a conventional ratchet. To change direction, simply push the drive-post through, reattach your driver and start tightening.

The ratchet works well when it’s used to dismantle an engine component or replace the smaller fasteners. If the fasteners are corroded or stiff, then it’s very difficult for this type of ratchet to do its job properly, and it did struggle; I couldn’t pull the handle at all.

I found the shorter ratchet easier to handle and to use with the smaller fasteners, whereas the longer ratchet was better when access was limited and I couldn’t swing or move the ratchet due to the clearance available.

In conclusion, I would say that the tools are very useful, especially when there is limited access in your working environment.