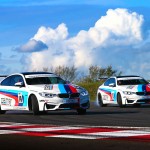 As a testing ground for products, a venue that puts on track events for amateur drivers where cars are run – virtually flat out – for six hours a day, seems a decent place to start.

After establishing an exclusive technical partnership with Comma, dating back to 2007, MSV has permission for all of its cars at PalmerSport to use and test Comma products. PalmerSport says the link is in place because it sources only the best products for its vehicles while Comma sees the relationship as a brand proof point; to have products used in the most arduous of environments ensures they’re tested to the max. It’s the last post in quality control.

The driving style for the average road car is a gentle one; whereas track cars are thrashed from the instant the light goes green. The highly-qualified instructors actively encourage guests to push the cars as hard as they dare, right from the outset. With engines exceeding 5,500 rpm most of the time, a significant strain is endured by the lubricants within them.

Jonathan Palmer has classed the technical support from Comma as ‘outstanding’, while adding: “Our mechanics and technicians use Comma products every day on every vehicle, because they need to operate to the highest standards.” 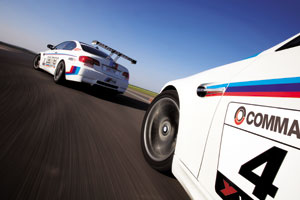 The extreme testing that the products are able to undergo means they can be tweaked before being released to the mass market, when Comma is ultimately content with their reliability and performance.

Steve Page, PalmerSport Fleet Manager, said: “Comma’s products have been so good that there have legitimately been no problems in all the time we’ve been using the oils. That is all down to the quality of the lubricants and the servicing.”

All of the cars at PalmerSport will be serviced based on the number of hours they’ve been running, rather than the number of miles. PalmerSport currently has 12 technicians on the books and virtually all are vastly experienced with a racing background. The technicians specialise in a particular vehicle within the fleet, which they then stick to, allowing consistency of servicing across all vehicles and making for a consistent and fair experience for guests.

Being a PalmerSport technician offers some unique challenges; for instance they’re constantly strengthening the chassis of the cars because the strain the vehicles are put under often exposes manufacturing weaknesses. Occasionally this requires some development work to be done to make an engine fit into the newly adapted chassis of the cars.

A day in the life…

PMM spoke to Steve Hoare, PalmerSport Chief Technician, to find out about his average day.

Steve started out in a dealership before joining PalmerSport in 2000. To begin with he worked on more road-based cars in the fleet before spending four years in the FIA Formula 2 Championship, to which Comma is also a technical partner. He is now back on the corporate side of the garage, working on the cars involved in the driving days.
■ Arrive at 8am.
■ Get booking information to find out how many cars are scheduled to be out in each session.
■ Check the tyre pressure and fluid levels of all the cars.
■ Get the engines up to temperature.
■ Once the cars are out, focus turns to general maintenance. If there are no jobs to do, technicians will pick a car and strip it, do a spanner and fluid check and rebuild it – all part of the general maintenance programme.
■ At the end of the day the cars are put onto the lift and tyres, brakes and fluids checked.
■ They’re then set up for the next day, with a keen eye paid to the weather forecast.
■ I generally leave at 6pm, but often I’ll stay until the job is done. It’s important that there are enough cars set-up and ready for the next day when the guests arrive. 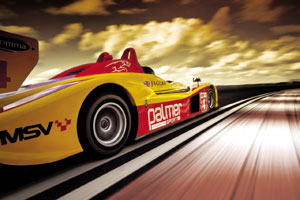 ■ PalmerSport cars undergo an engine oil change every 50 hours
■ Cars run at an average speed of 75mph, most of the time at high-revs
■ Each engine lasts approximately 400 hours
■ Cars are stripped down and given a chassis overhaul every two years
■ Guests are looked after by a pool of 80 instructors
■ Former instructors include F1 World Champion Lewis Hamilton

Other Comma products used at PalmerSport:

Watch our 15 minutes of action behind the wheel of the superb Ariel Atoms at: