New registrations for petrol cars in the UK have risen in the last few years, taking up much of the slack from declining diesel engine production. At the same time, the technology of choice for fuelling petrol engines has undergone a major change. PMM investigates the opportunities there might be for enterprising technicians as a result.

New registrations for GDI (Gasoline Direct Injection) powered vehicles are set to hit over one million next year in the UK. For context, diesel registrations peaked in 2016 at 800,000. Such a high number of GDI powered vehicles on our roads will surely open up significant potential in the aftermarket, but how?

Hartridge, a Buckingham based firm that specialises in diesel fuel system test equipment, has recently entered into the relatively unchartered world of GDI diagnostics.

Lee Jacobs, the company’s Strategy and Technical Product Director, explained what the technology actually is: “GDI, as opposed to PFI (Port Fuel Injection), works in a similar way to common rail diesel, which is why we were immediately interested in the potential for developing an off-vehicle diagnostics solution.

“In simple terms, the high-pressure fuel delivery at the injector nozzle is achieved by intensifying it through a remote pump into a rail assembly shared by the injectors. Unlike PFI, each injector is positioned inside the cylinder head to inject petrol directly into the combustion chamber at very high pressure to achieve a far more efficient and complete combustion event.” 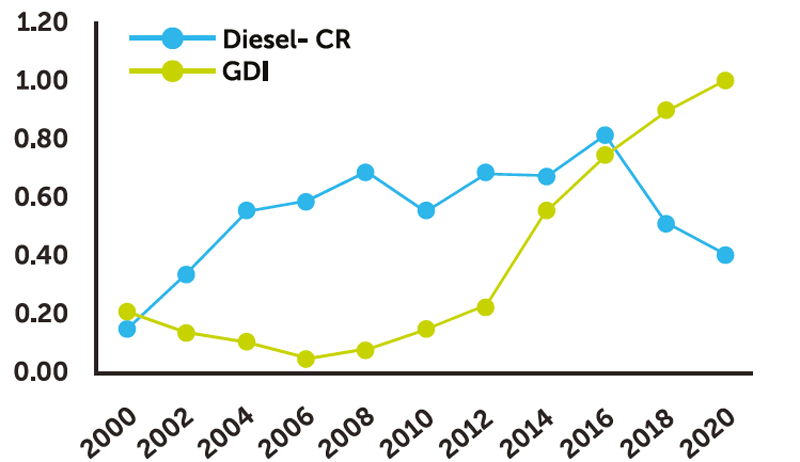 When combined with turbos, this approach results in improved vehicle performance and fuel economy. One such example is the Mercedes A45 AMG hatchback that develops around 380bhp and 40mpg when combined with a 2L engine.

The current generation of GDI systems produces pressures at around 200bar, and so, whilst far more advanced than PFI systems, operating at around 2 to 3bar, they are not yet constructed in a way that enables them to be disassembled and repaired to the level seen in diesel injectors. Diesel injectors that operate at +2,500bar are very complex and include many components, meaning they can be recalibrated, repaired and serviced as required.

However, at what level will this change happen for GDI? As emissions legislation continues to tighten, so will the requirement for even more efficient engines; and so it remains to be seen if there will be a repair market for GDI injectors in the future.

Going for the win-win

So, what are the opportunities for GDI in the aftermarket today? Lee explained that even right now, there are some commercial opportunities in the aftermarket that are worth exploring: “GDI injectors tend to carbonise quite quickly, becoming contaminated with the lacquers and by-products caused by the very high temperatures of petroleum combustion. But, how you diagnose this as the root cause for a car exhibiting underperformance is not always clear-cut.”

Lee continued, “You could try a fuel system cleaner that may or may not work, or you could attempt to diagnose the injectors accurately off the vehicle by simulating their true state in isolation from all other factors.”

Lee said that this, if done correctly, will either rule in or rule out the injectors as being at fault. In itself, it’s a powerful proposition because GDI injectors are not cheap. If they are replaced without the vehicle’s fault being rectified, it makes for a very uncomfortable situation with the customer!

The next stage of the process is where Lee said the idea really takes shape and adds some value to the diagnostics service: “This is because, once you have taken the injectors out of the vehicle and they have been subjected to carbon build-up, it makes sense to clean and decontaminate them before refitting them to the vehicle. This can be achieved easily and quickly using an ultrasonic rinse tank, and replacing the Orings and filter.” 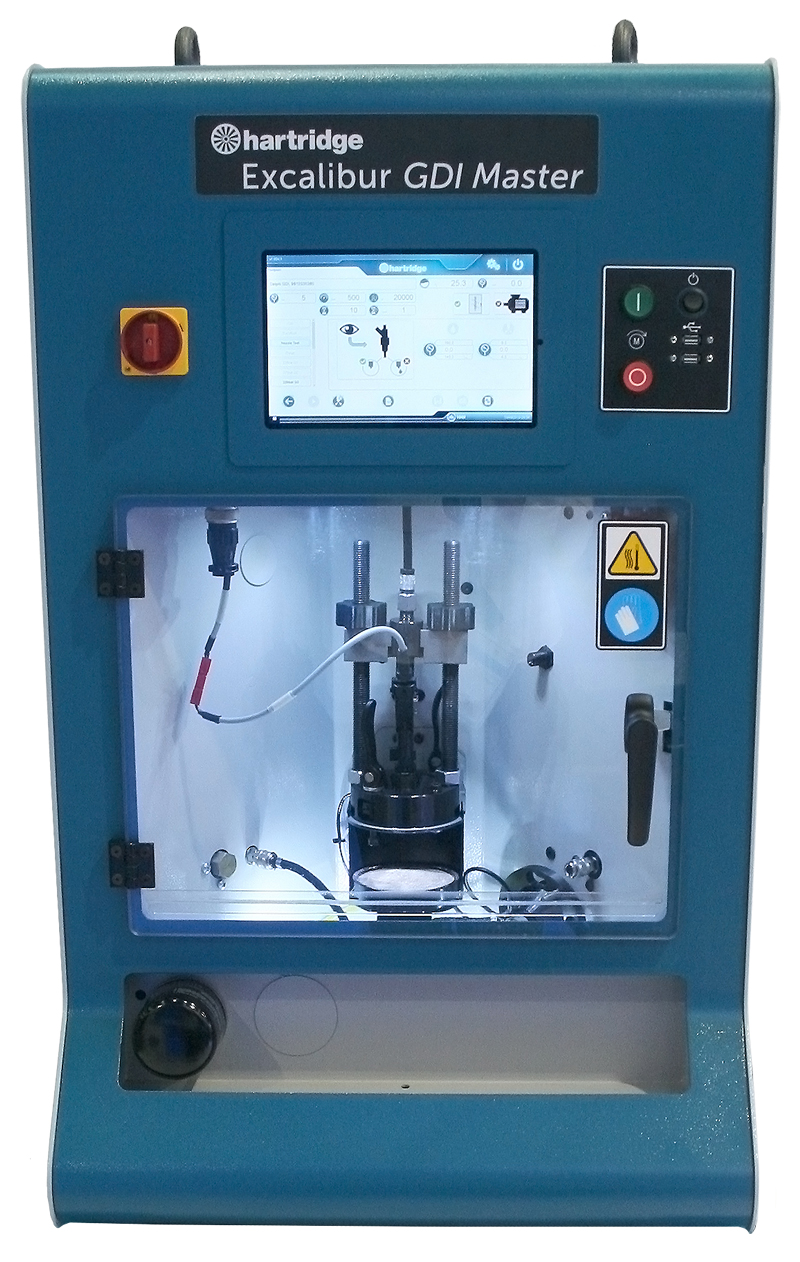 This is where having the correct diagnostic equipment is key; when you retest the injectors afterwards, it’s a win-win, as long as you can evidence a credible ‘before and after’ test that puts the injectors through their paces as if on a vehicle and produces a proper evaluation of the injectors’ on-vehicle performance with a full test report.

A spike in interest

“If the current trajectory continues, there could be a repair market for GDI in the near future,” explained Lee. “It is not easy to predict how high pressures need to reach before the injectors themselves will become more sophisticated.”

Indeed, history tells us that once components increase in complexity, they also increase in cost, and this is certainly one of the key drivers for a repair market to exist. We only have to look at common rail diesel to see some very close parallels.

Hartridge started selling machines to early adopters that were able to draw in local trade to offer GDI diagnostics, but now, as the vehicle parc is growing, workshops are taking notice and making enquiries.

The Hartridge Excalibur GDi Master tests the full bandwidth of an injector’s function, simulating how it performs as if on an engine. In addition, it has a backflush function to decontaminate injectors that is used alongside ultrasonic cleaning. It tests the response time of the injector as well as measuring how well it fuels the vehicle, based on the pre-loaded test plans that are specific to each injector. The resulting report can be emailed and printed off so that the vehicle owner has full transparency on the service they have received to either breathe life into their old injectors, or rule them either ‘in’ or ‘out’ as the cause of their woes.