Neil Pattemore weighs in with his analysis on the Brexit deal and how he sees it affecting the aftermarket.

Although Brexit was a bit like an elephant giving birth – it took a long time after conception, made a lot of noise as it happened, and created an ‘elephant in the room’ during its development – Brexit has finally been achieved!

There have already been many discussions and articles about what Brexit may eventually lead to, but for the UK aftermarket it could have been much worse than it has turned out to be. However, as is often the case, the devil is in the detail and there are implications that may impact our sector that do not specifically relate to the automotive industry, but if they do, could prove more problematic for parts importers than workshops.

The snazzily entitled agreement document, ‘Trade and Cooperation Agreement between the European Union and the European Atomic Energy Community, of the One Part, and the United Kingdom of Great Britain and Northern Ireland, of the Other Part’ was published on Christmas Eve, and is 1,246 pages long within which contains the various details of the wide-ranging conditions – although the details of how some of these will be implemented remains a work in progress. Thankfully, this document is colloquially being called the ‘Trade and Cooperation Agreement’ (TCA).

This has passed into UK law as the European Union (Future Relationship) Act 2020 (EURA), which became law in the first hour of 31st December 2020 after a one-day passage through the Westminster Parliament. So, how does all this legislation impact the UK independent workshop?

There are several key areas to consider:

Generally speaking, this is good news. Trade in goods will be tariff and quota free, although the TCA does set out the ‘Rules of Origin’ which will determine whether specific goods qualify for this tariff- and quota-free treatment.

UK Business Secretary Kwasi Kwarteng has issued a statement on how the Department for Business Energy and Industrial Strategy (BEIS) is helping businesses understand where a product was manufactured and how to determine the ‘economic nationality’ of a good for international trade. Businesses need to know about them because the TCA means they can trade with the EU without paying tariffs – but only if their product meets the relevant Rules of Origin. This is already creating some problems for parts manufacturers and importers, so may cause delivery delays and an increase in the price of replacement parts created by the costs of the declarations and compliance.

Data is potentially more problematic. Essentially, it falls into two categories – technical data and personal data. The use of technical data in the workshop is continuing to increase and now intrinsically forms the basis of the diagnosis and repair of a vehicle. The TCA contains explicit reference to technical data, so this is unlikely to be a problem:

Title III, Chapter 2 (of the TCA) ensures that technical (as well as personal) data can be exchanged between the UK and EU member states, as long as the necessary security and authentication requirements are met.

However, personal data was never a TCA topic. This was a unilateral gift of the EU, but this is time-limited: four months, extendable to six months from January 2021. This is designed to provide the EU with more time to conclude its formal decision concerning the UK’s ‘adequacy’ for personal data protection (although the Channel Islands and the Isle of Man are already approved by the EU). Under this interim solution, transfers to the UK are to be considered as if they were still transferring within the EU – so no other transfer mechanisms, such as standard contractual clauses (or supplementary measures), are required for those transfers for the moment.

For the workshop, this may not become a problem, but this may also depend on where their customers’ personal data is being held. 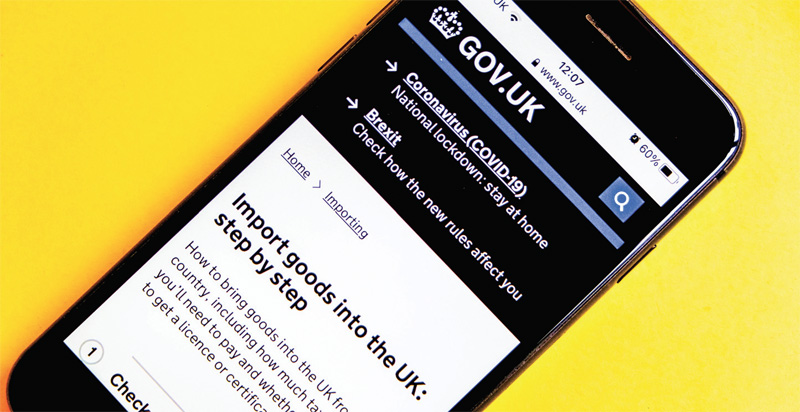 Until the end of June 2021, the existing rights of EU, EEA or Swiss citizens remain, but the UK Government has also already introduced a UK points-based immigration system from 1st January 2021. EU citizens moving to the UK to work need to get a visa in advance. EU citizens applying for a skilled worker visa need to show they have a job offer from an approved employer sponsor to be able to apply – what has been dubbed the ‘Australian rules’ system.

The TCA limits some technical barriers to trade by allowing businesses selling certain low-risk products to self-certify that their goods meet the relevant UK or EU standards.

However, the UK and the EU have agreed specific facilitations on some key industry sectors, including motor vehicles, to streamline conformity assessment in these sectors.

The agreement puts a number of measures in place to minimise technical regulatory divergence and encourage the use of international standards. Where possible, this aims to avoid businesses trading in the UK and the EU having to comply with two different sets of rules and regulations.

However, the agreement makes no provision for phasing in, so customs formalities will apply to GB goods moving into the EU and Northern Ireland from 1st January 2021. The UK had already announced it would phase in these processes for EU goods over a six-month period. This is more a problem for UK exporters, than for UK companies importing from the EU.

For the UK aftermarket, some compliance and cost issues remain for parts manufacturers and importers, but over time, these are likely to be minimised as the details of the processes and agreements are ironed out. At the workshop level, Brexit should not create specific issues and what potential problems currently exist should be resolved in the coming months.

However, the next ‘elephant in the room’ is now the TCA’s ‘Annex TBT-1: Motor Vehicles and Equipment and Parts Thereof’ and how the independent aftermarket will continue to be able to access RMI.

In the longer term, how the UK and its legislation evolves – with its objective of more freedom to choose how we trade – may have alleviated one ‘elephant in the room’, but this may be replaced by another coming over the hill!