Gareth Bracchi, Engineer at Castrol UK, assesses the potential engine damage caused by lockdown that is affecting vehicles across the country.

Automotive aftermarket research body, GiPA, recently reported on the effect of COVID-19 on the UK aftermarket industry, highlighting trends that could have concerning consequences for vehicles. It found that at the end of March, less than half (47%) of UK workshops were open and, on average, those open were operating at 68% capacity. Six weeks later, this figure had only increased by 7%, as just 54% of UK workshops were open in May.

This drastic reduction in workshop activity opens up two possible consequences. Firstly, cars may have operated beyond the point when an oil service was due and are therefore running on old oil, and secondly, an incorrect or unsuitable oil may have been chosen in the absence of advice from a workshop technician.

Many vehicles may not have been driven, or may have only taken short journeys during lockdown. These usage patterns are not ideal for a car’s engine and can compound existing problems if a vehicle is operating on old or unsuitable engine oil. Although engine oil is generally stable, water and contaminants can enter the oil supply during an extended period of inactivity, with the subsequent reaction causing sludge and deposits, thereby accelerating engine wear.

There can be further consequences, too. If drivers have chosen to delay an oil service or used a non-approved engine oil while their local garage was closed, there may be a risk of additional engine damage.

The consequences of using the incorrect engine oil

If an oil of the wrong type or viscosity is used in an engine that wasn’t designed for it, levels of engine wear can increase, or oil starvation can occur which can lead to engine failure. Using older ‘high SAPS’ (Sulphated Ash, Phosphorous and Sulfur) oils, with higher levels of additives, can block filters and poison catalysts and will shorten the life of exhaust after-treatment devices, and may cause the vehicle to fail air quality or roadworthiness checks.

Using ‘standard-drain’ oils in extended-drain or severe duty applications may mean that the life of the oil lifespan is depleted before the vehicle service is due. This can cause sludge, deposits and irreversible engine wear. Gasoline Particulate Filters (GPFs) will be prematurely blocked if older ‘high-SAPS’ oils are used instead of correctly specified oils. 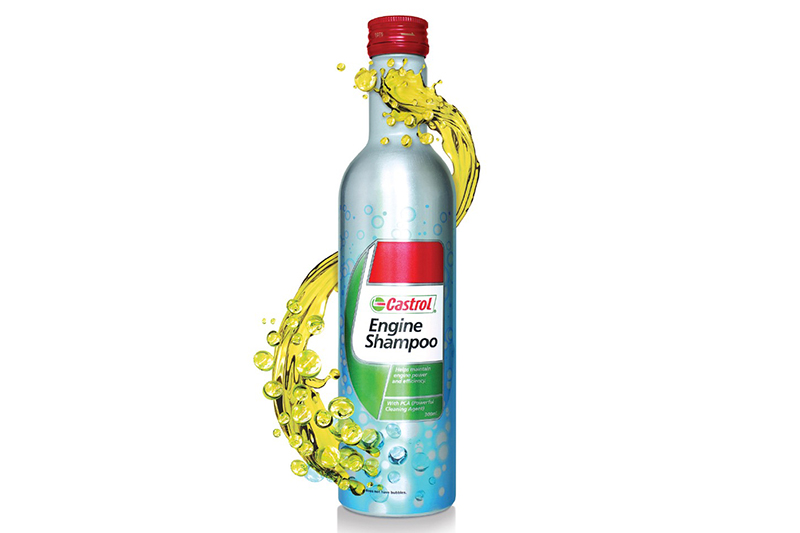 It’s vital to check the vehicle’s manual for the correct engine oil. Some engines run hot, so need extra antioxidants and detergents to prevent oil breakdown and piston deposits. Others have exhaust after-treatment devices to reduce emissions, and these will need lower levels of some additives to prevent blocking or poisoning of these devices. It’s essential to select the right specification of oil based on the conditions that the vehicle works under.

Technicians and drivers unsure of which oil a car needs can use the Castrol Oil Selector on the Castrol website, which provides personalised product recommendations based on the vehicle.

An oil-based engine flush can be an effective remedy for engines that have experienced a build-up of sludge. Castrol’s recently released Engine Shampoo is a pre-oil change treatment that reduces engine sludge by up to 85%. It provides a deep clean of the engine but – importantly – is solvent-free.

Currently, the engine cleaner market is dominated largely by solvent-based products, which can degrade engine seals and dislodge sludge in larger, denser deposits. This can cause blockages in vital oil ways and lead to oil leaks. Castrol Engine shampoo reduces this risk by dissolving and flushing out sludge during the oil change process, helping to maintain engine power and efficiency.

Lubricants and the future of mobility

With the rise in electric vehicles to help combat carbon emissions, Castrol has developed a range of e-fluids specifically for the car of the future.

Castrol’s e-Fluids range comprises e-Transmission fluids, e-Coolants and e-Greases. Over half of the world’s major vehicle manufacturers use Castrol eFluids as part of their factory fill. Transmission e-Fluids help extend the life of the drivetrain system as it helps the e-motor run cooler and operate at high efficiency, whilst the company’s Battery Coolant EFluid solution helps to keep batteries running cooler – even in extreme conditions – to maintain optimal performance. Finally, the Castrol specialist greases are required for the increasing number of on-board electric motors that perform a wide range of duties, from providing motive power to supporting the vehicle’s ancillary services.