The September edition of PMM featured the opportunity for one lucky reader to win the latest GYS Battery Support Unit: the 120A GYSFLASH 121.12. GYS Sales Director Greg Ball visited the winner to present the prize.

The GYSFLASH 121.12 is the latest battery support unit from GYS capable of supporting the most demanding of vehicles during diagnostic and ADAS work. It is also a highly sophisticated battery charger, able to charge lithium as well as lead acid batteries.

The support unit also features connected technology via USB or DB9 sockets, enabling the connection of a printer, keyboard, and bar code scanner. Charging data can be downloaded via the USB port, which can also be used to upload future software updates.

Greg Ball, GYS Sales Director, randomly chose the lucky winner: Ashley Sivers, Owner of Sivtech Garage. Greg visited Ashley to hand over the GYSFLASH 121.12 in person, while discovering more about Sivtech Garage, and how the unit would benefit the business.

Ashley started out on his own in March 2017 as a mobile mechanic operating out of a van. He had always worked in the Storrington area but decided that working from a van wasn’t the best long term plan, and began looking for the current premises in December 2018. After significant investment to get the site up and running, Ashley upgraded the reception area and installed the key equipment required for the day-to-day running of the garage.

With long days, hard work, and the support of Ashley’s wife Charlotte, the business gained momentum. There are now two additional mechanics, enabling the team to service between six to 10 vehicles per day, and cover the ‘daily driver’ to high-end Range Rovers and Teslas. Ashley was keen to point out that Tesla owners often come to see if the garage is correctly equipped before bringing their car to him.

As a regular PMM reader, Ashley explained that the features and articles that he had read identified the need for a battery support unit. Despite never normally entering competitions, he thought he would give it a go, given his need for such a unit.

Fully understanding the dangers of carrying out re-flashing work without the correct battery support, Ashley was simply not prepared to take the risk and often used other third party garages to undertake such tasks in the past. This added additional time and expense, but the new GYSFLASH 121 will allow Sivtech Garage to carry out this work in-house. 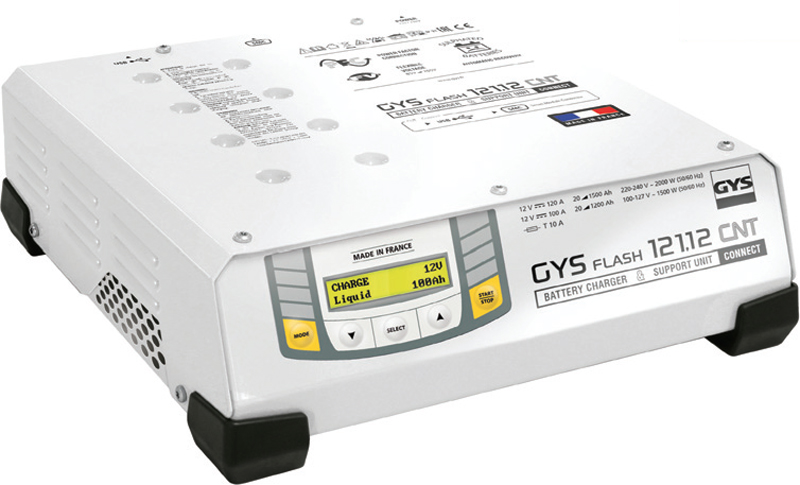 Ashley went on to explain, “I am looking to build a company that is fit for the future, so I will only buy the best. Although I enjoy buying equipment, it has to be the right product.

“Winning the GYSFLASH 121 battery support unit was a real surprise. It will benefit my company hugely in the years to come; particularly because it can be used for lithium as well as AGM/EFB gel and wet lead acid batteries. The fact that you can download updates really makes this unit future proof.”

0 0 0
Previous : A duo of lighting products from Sealey
Next : Raising standards