Ross Kemp of Scantec Automotive wrestles with a Ford Fiesta that was exhibiting a central locking problem. Here’s how he managed to solve the issue…

As a German car diagnostic specialist, I often find myself wondering why I get involved in certain jobs or brands, normally halfway through the job in question. The recent work I describe in the following article is just such an example.

We were presented with a five door, 2013 Ford Fiesta from a local independent workshop for a central locking issue, and the symptoms reported were that both rear doors failed to lock and/or unlock. They informed us that they had sourced two new rear latches, however, having fitted one of the new rear latch assemblies to the rear offside door, the replacement had had no effect on the faults, and that they had therefore held back from fitting the other new latch.

They also informed us that the vehicle had been to another workshop, and this garage had discovered a broken wire to the offside rear door. However, after that workshop’s repairs to this wire, the front electric windows no longer functioned. 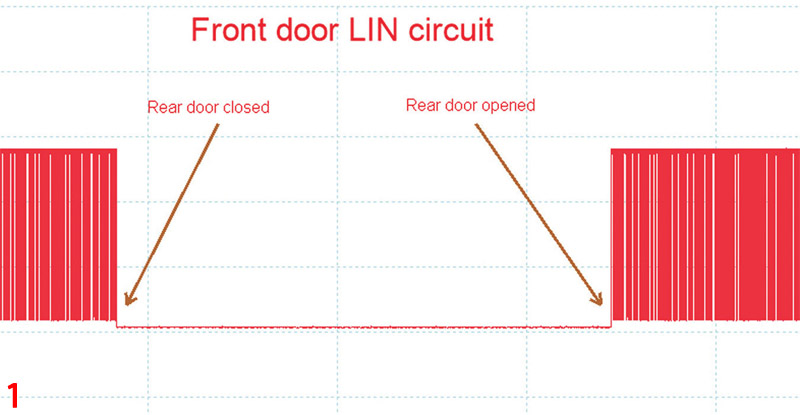 Strangely however, at one point during testing, we noted that if the rear door was opened, the LIN circuit would then become active. We discovered that if we rolled the door latch between open and closed, something in the door appeared to pull the LIN down to ground when the latch was closed. Ironically, the broken wire in the previously repaired rear door loom was the LIN wire, so the other workshop had inadvertently reconnected the fault in the door by repairing this wire, which caused the electric windows to stop functioning. A quick check on the other side confirmed the same LIN circuit abnormality when the latch was closed.

Down to the wire

It was then time to strip down the rear doors. As the rear doors had no electric windows, the loom was very basic with no rear door modules, and, on inspection, we noted no apparent issues with the wiring. Quick end-to-end checks confirmed that there were no wiring issues present in the loom, and further checks also confirmed that we had no apparent lock and/or unlock signals coming from the vehicle at the B-Post connector. Now, I was a little perplexed at this point as the wiring on the B-post coming from the vehicle married with the wiring diagrams, but with no lock or unlock signals present. This suggested that we had a potential vehicle issue, as well as the LIN circuit fault within both rear doors.

Further checks made against the genuine Ford wiring diagrams (based on VIN) for a vehicle with manual rear windows, with deadlock and without door modules, showed all the correct pins and wire colours at the B-post connector, except that the LIN circuit was connected directly to the new door latch microswitch causing it to ground out when opening the door.

Another round of checks confirmed that both rear door looms fitted were incorrect. We therefore ordered new looms as we knew that the looms fitted were definitely incorrect for this vehicle. When the new looms arrived, we noted that they had connectors for a door module, and, unfortunately, the Ford parts team were unable to confirm whether or not our vehicle used door modules.

However, when we pinned out the new looms, we discovered that instead of terminating at the B-post connector as per the wiring diagrams, all five of the terminals at the latch assembly plug actually terminated at the door module connector, which meant that there was no way these rear doors were ever going to function with these looms. 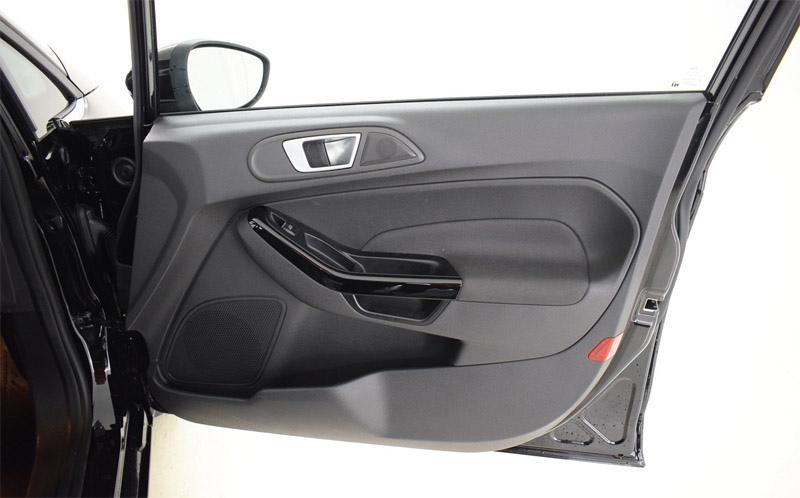 Getting to the point

Checks confirmed that the looms were correct, so clearly we were also missing two door modules. Two new door modules later and we were happy to report all central locking, door ajar, electric windows and LIN circuits were now operating correctly with no further LIN faults reported by the either of the front doors.

We are confident that both rear doors had previously been replaced using the incorrect type/specification, and someone had cut the rear door LIN wiring to circumnavigate the resultant electric window issues.

Although we were happy the vehicle faults were now rectified, we were left feeling let down by the inability of the manufacturer to know what had been fitted to the car when it was built, and its subsequent inability to therefore provide wiring diagrams that were specific to the VIN/specification and not just generic.

What’s more (and rather unhelpfully), this was made worse by the fact that the B-Post wiring connector is populated for all rear door options, and that the dealer tool has no ability to show sufficient live data and/or activations to aid in proper diagnostics.