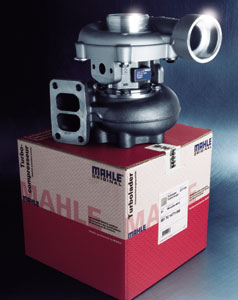 According to Germany’s influential ADAC motoring organisation, the fuel saving potential of stop-start systems in urban traffic can be as much as 15%, but equally there is no major difference whether the engine is switched off manually or via the stop-start system. That, however, is where the similarity ends.

If, for example, the stop-start control unit registers any one of a number of potential problems – the catalytic converter is not at operating temperature, the battery is too weak, the vacuum in the brake booster is too low, or the required inner temperature has not been reached – the engine will stay on to protect safety and comfort. In cars equipped with stop-start, vital operational factors affecting both the engine and its ancillaries, which the driver cannot possibly pay attention to, are constantly analysed.

As a manufacturer of a whole raft of OE engine parts, MAHLE can vouch for the fact that engine components in vehicles with stop-start systems are designed to take higher loads. Every time the engine stops in traffic or at a red light, the oil pressure in the engine’s lubricating system drops. This can lead to critical micro-friction, which can result in increased wear that can cause corresponding consequential costs.

MAHLE engineers have developed bearings with a polymer coating in which solid lubricants are embedded. This minimises wear and susceptibility to corrosion as well as premature bearing damage. These bearings are fitted exclusively in vehicles with a stop-start system.

A sound tip to pass on to drivers with turbocharged engines is to switch off the stop-start system towards the end of a long drive under a high load to allow the exhaust system and the turbocharger to reach a moderate temperature level again.

The coolant thermostat performs numerous important functions, so it is always advisable to replace it promptly in the event of a fault. Time and again thermostats are returned to MAHLE under complaint because they apparently leak or do not work correctly. Incorrect application could be a reason for this, but often the cause is down to the use of sealant or instant gasket during fitting, which can result in several problems.

Thermostat gaskets consist of complex material compositions and often contain compounds that are not oil-resistant. If sealants containing mineral or synthetic oil particles are used, this leads to a swelling of the gasket and subsequent decomposition.

The gasket design has been calculated to exactly fill the gasket groove. If a sealant is applied during installation, a complete seal can no longer be guaranteed due to the additional volume.

All too frequently, sealant is applied so liberally that paste particles end up in the coolant circuit. These particles can swell up and obstruct the coolant flow, leaving deposits in the thermostat itself, preventing it from opening and closing properly and thus overheating. 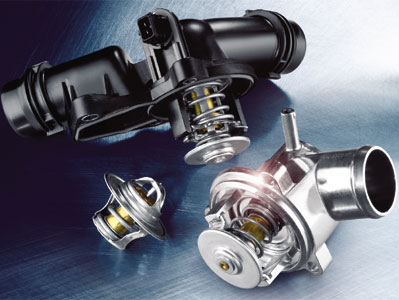 MAHLE strongly recommends that workshop technicians do not use sealants or instant gaskets, and any warranty claims caused by their use will be rejected. To avoid temperature problems after thermostat replacement, the coolant circuit should be bled both carefully and repeatedly, as air in the cooling system is the main cause of temperature problems.

0 0
Previous : Exhaust bolt removal – how to use the Mini-Ductor® II +
Next : How to replace a vehicle intercooler