Increase in power over the whole speed range, low fuel consumption, improved engine efficiency, reduction of emission values, less thermal stress for the engine – there are numerous reasons to cool the combustion air of supercharged engines with intercoolers. Basically, a distinction must be made between two types of cooling:

An intercooler is installed in the vehicle front-end area and is cooled by environmental air (wind blast). 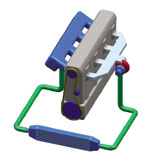 Coolant flows through the intercooler and discharges heat.

In terms of structural design, the intercooler corresponds to the coolant radiator. In the case of an intercooler, the medium to be cooled down is not coolant, but rather compressed hot air (up to 150°C) coming from the turbocharger. Basically, heat can be withdrawn from the charge air by outside air or the engine coolant.

The charge air enters the intercooler and, in the case of direct charge air cooling, has the wind blast flow through it. It has then cooled down by the time it reaches the engine intake tract. In the case of a coolant-cooled intercooler, the cooler can be installed in almost any position, with the smaller design volume representing a great advantage.

Thus, for example, in the case of indirect charge air cooling, the coolant-cooled intercooler and the intake tract can form one unit. Without an additional cooling circuit, however, the charge air can only be reduced to near the coolant temperature.

How to correctly replace an Intercooler

1. The customer complains that his engine performance has deteriorated after an accident.

2. The vehicle is examined and it’s established that the charge air cooler is damaged.

4. Lever out the holders of the charge air cooler and remove the entire part.

5. Clean the connections of the charge air lines and replace the sealing rings. 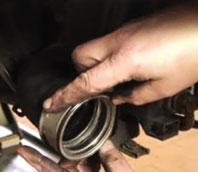 6. Before installing the new part, compare it with the old one. 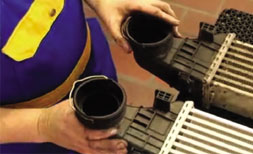 8. You can now install the new charge air cooler.

9. When positioning it, ensure that it sits correctly – the holders should click into place audibly. 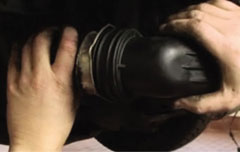 11. The charging pressure should be tested using a diagnosis device and compared with the specifications of the manufacturer. 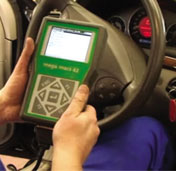 0 0
Previous : Modern engine efficiency – the challenges for repairers.
Next : How stability systems work