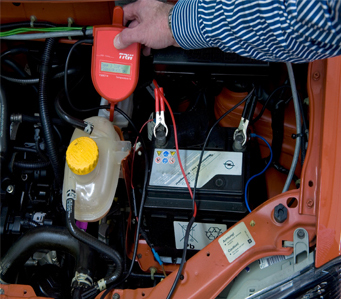 Fluids come in many guises, but the vast majority of vehicles coming into a workshop have a glycol based system, which should be maintained with DOT 3, DOT 4 or DOT 5.1 fluids.

The DOT specification rates a number of properties of the brake fluid, the key items being the wet and dry boiling points and the viscosity.

Cold temperatures
The general recommendation is to immediately change any brake fluid which has a wet boiling point of less than 180°C, to check brake fluid every year, and change at least every two years for DOT 4 and DOT 5.1 and every year for DOT 3.

The viscosity is a measure of the fluidity of the brake fluid, i.e. it measures how easily the fluid can pass through the system at cold temperatures. This is especially important for ESP and ABS systems, as their hydraulic units have very small bores (often less than 0.1mm) that guide the brake fluid to the valves and pumps. Low viscosity fluid allows a faster increase and decrease of the pressure required for different braking demands, ensuring shorter stopping distances.

While glycol based fluids are hygroscopic, and absorb water over time (more details later), there are other fluids on the market, for example silicone based fluids (DOT 5), or mineral based fluids (LHM), which are hydrophobic. These fluids can maintain an acceptable boiling point over the fluid’s service life; however this is at the cost of potential phase separation and/or water pooling and freezing/boiling in the system over time. This is the main reason hygroscopic fluids are now used. However hydrophobic fluids are used in vintage cars (because they don’t corrode paint) and also in the US on Government vehicles.

Hygroscopic fluids (DOT 3, 4, 5.1) absorb water. This water can boil as the brake fluid becomes hot. When water boils, it turns into steam which can then be compressed. This will lead to a ‘spongy’ brake pedal. The water will also corrode parts of the brake system and eventually – if unchecked – could lead to brake failure.

Rubber seals
Contaminated brake fluid is the number one cause of brake failure, and the brake fluid has an influence not only on the lifespan of the components in the braking system, but also indirectly on the wear rate of the seals and also on pedal feel.

It’s important to know which fluid the vehicle manufacturer recommends as rubber seals within the system are developed to work correctly with a certain type of fluid.

Replacing it with the incorrect fluid could also lead to brake failure and corrosion of the rubber seals in the system so always follow the vehicle manufacturers’ recommendations.

7 TIPS FOR PERFORMING A HYDRAULIC CHANGE 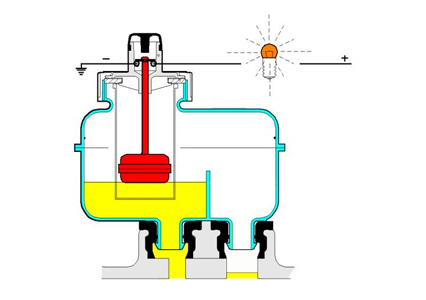 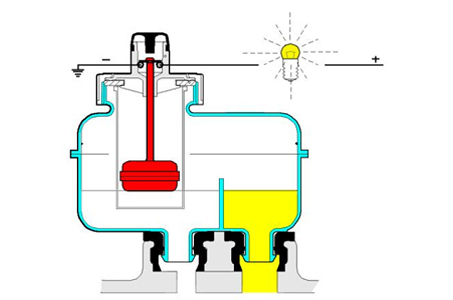 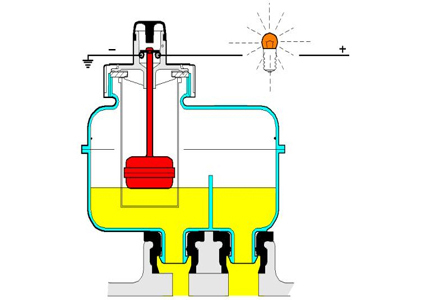 3. For vehicles with a petrol engine the idle speed also offers a clue to the status of the booster. If the engine runs irregularly or stops when the brake is operated then the booster could possibly be leaking or faulty.

4. The reservoir, which in most cases is fixed to the brake master cylinder, stores the brake fluid and deals with fluctuations in the volume of fluid in the system caused by wear and tear of the brake pads/shoes, together with the ABS/ESP function and releasing the brake pedal.

5. Depending on the level of contamination in the brake fluid it may be necessary to replace the master cylinder and reservoir. In any case when changing the brake fluid, the reservoir should be cleaned with brake cleaner or new brake fluid. NEVER clean the reservoir with water, petroleum ether or other fluids.

6. Change at least 0.5 litres of brake fluid per wheel (rinsing and cleaning effect), i.e. around 2 litres for a complete fluid change.

7. When changing the brake fluid always observe the specifications of the vehicle manufacturer.