Charles Figgins, Technical Marketing Manager at Blue Print, runs through the clutch replacement procedure on a MINI One Countryman, which was fitted with the popular 1.6 petrol PSA group engine.

The MINI One Countryman was in the workshop for an annual inspection. It was reported to the owner that the clutch was starting to slip (Fig 1/main image).

After getting the vehicle into the workshop and onto the ramp, open the bonnet and disconnect the battery. This is located in front of the bulkhead, under an access panel below the windscreen. Working from the top, remove the coolant expansion tank and put it to the side. The fuse box cover and engine ECU retainer should then be removed.

Then, remove the air intake hose and vacuum pump plastic pipe. With these components removed, the gear selector cables should now be revealed. The cable bracket can then be unbolted, and the cables unclipped from the selectors. Then, disconnect the reverse lamp switch connector and secure it so that it does not get in the way (Fig 2). 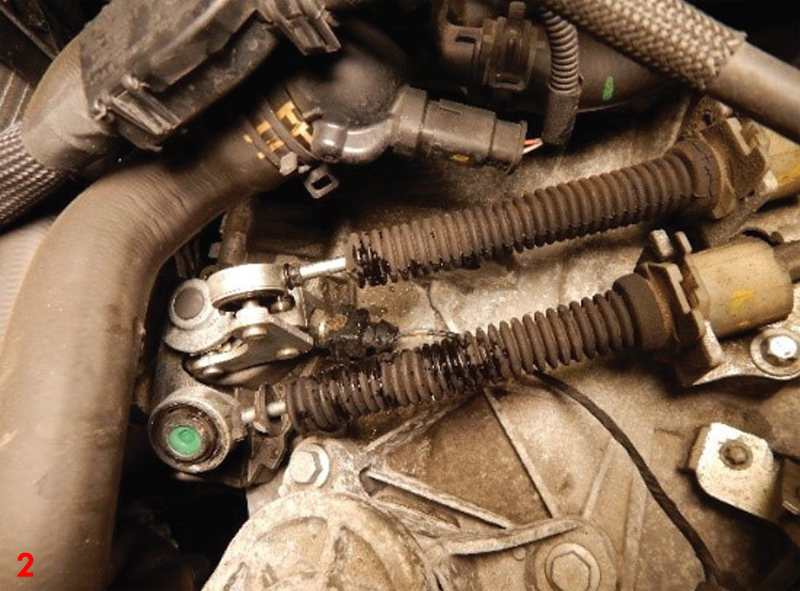 Alternatively, there is just enough room to separate the transmission from the engine in order to replace the clutch without needing to remove the transmission completely. For this MINI, this is the option that was followed.

Next, the starter motor should be removed and retained securely, along with the clutch slave cylinder. This also includes the hydraulic pipe that is clipped to the top of the transmission. Before removing the last of the bellhousing bolts, the transmission neutral switch connector must be disconnected, and the wiring loom unclipped (Fig 3). 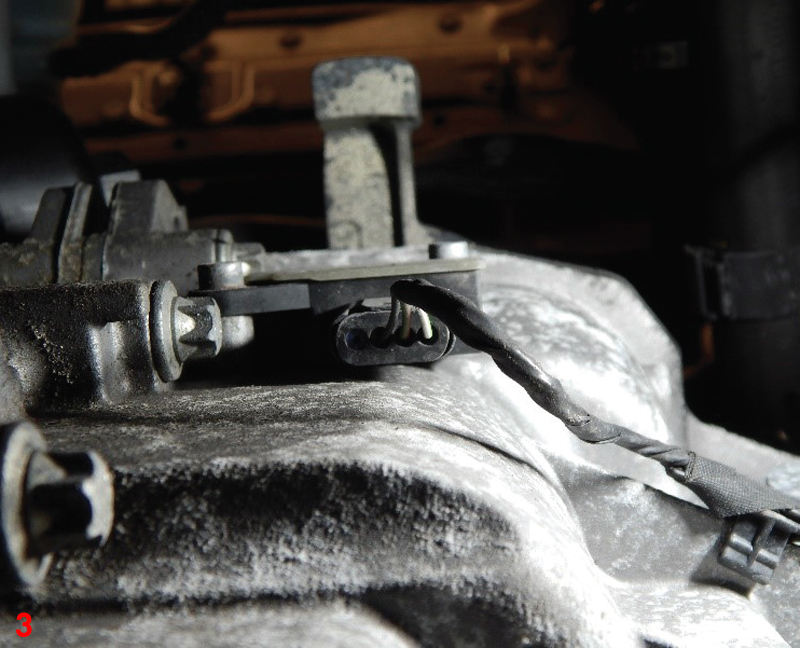 With the transmission supported, the transmission mounting retaining bolts can be removed. Then, remove the rest of the bellhousing bolts. The transmission should then be separated from the engine, leaving enough room to access the clutch. Undo the six pressure plate retaining bolts and remove and inspect the clutch. In this case, the clutch had endured a hard life, as there was evidence of hot spots and cracks in the mating surfaces of both the pressure plate and flywheel. Because of this, a decision was made to replace both the three-piece clutch kit and the flywheel. The flywheel was taken off, leaving the reluctor ring in place (Fig 4). This is only retained by the flywheel. 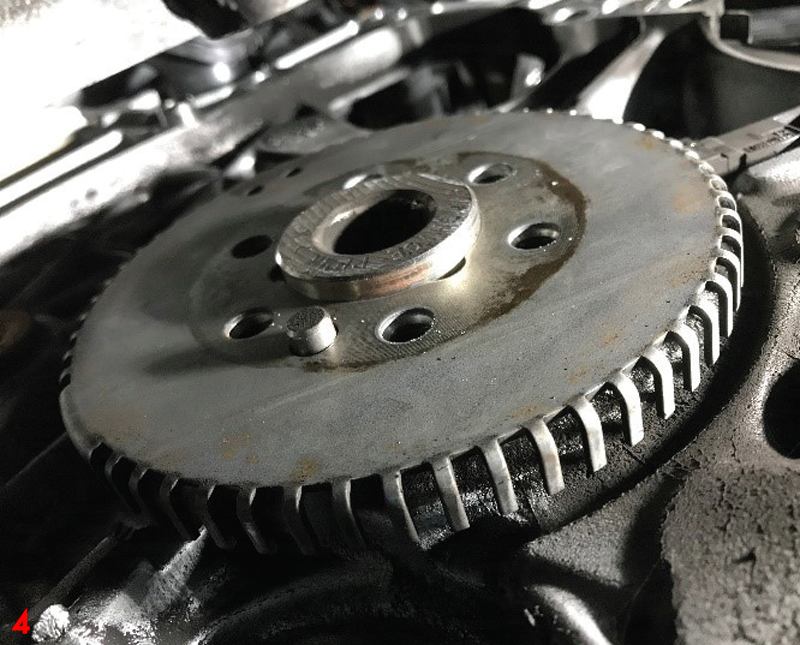 The release bearing was then removed, and the sliding surface of the guide sleeve was inspected for wear and lightly greased before fitting the new release bearing. The new flywheel was fitted with new bolts and tightened to the manufacturer’s torque settings. This was followed by the installation of the new friction disc and pressure plate.

If necessary, replace the clutch slave cylinder as a precautionary measure and bleed to remove the air with a pressure bleeder. Lower the vehicle, tighten the new hub nuts, and refit the wheels. Also refit all parts on top of the transmission and reconnect the battery. Ensure that the vehicle is road tested for smoothness of operation before being handed back to the owner.