ACtronics outlines how even the braking system on cars can’t escape an all-electric future.

In recent decades we’ve become used to pressing down the brake pedal in order to push fluid towards the brake calipers. A lot may have changed over the years, but the master cylinder, brake lines and fluid are still there. However, for how much longer will this be the case? Why still use fluid when smart electronics can take over?

Well, to be perfectly honest, there already are some systems that are trying to get rid of the whole idea of pushing fluid towards the brakes. This is called ‘brake by wire’. With this system the pedal functions just like a brake pedal from a racing simulator: a pedal travel sensor (Hall-effect sensor) measures how much the pedal is pressed and generates a signal. This signal is then sent to the ABS/ESP ECU. The output can be either an analogue signal or a PWM signal (Pulse Width Modulation). Because people are creatures of habit, the brake pedal feel is still the same as a conventional braking system. A pushrod and an independent cylinder filled with fluid are used to create this authentic feel. Yes, we are being played here. The direct connection is really gone (Fig.1/main image & 1a). 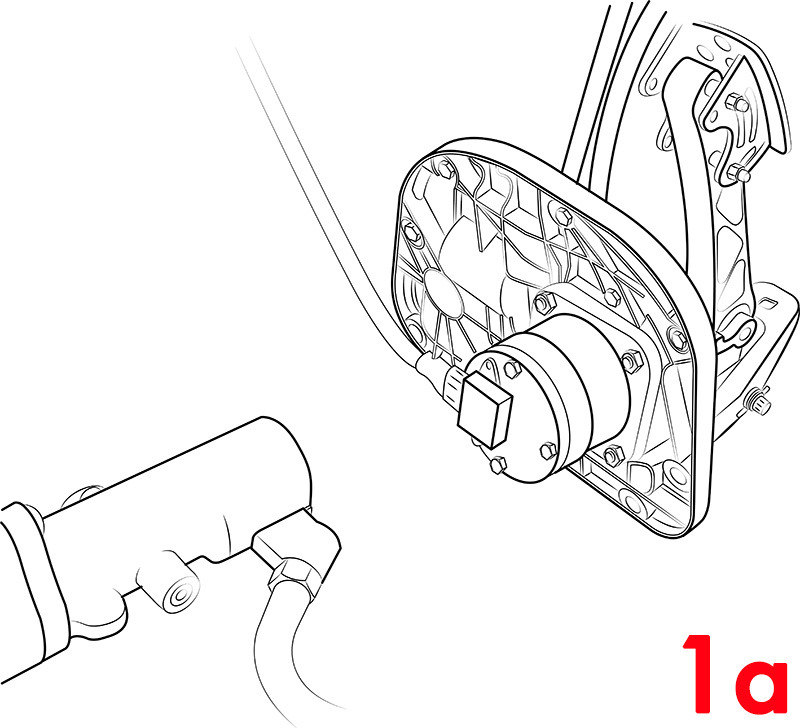 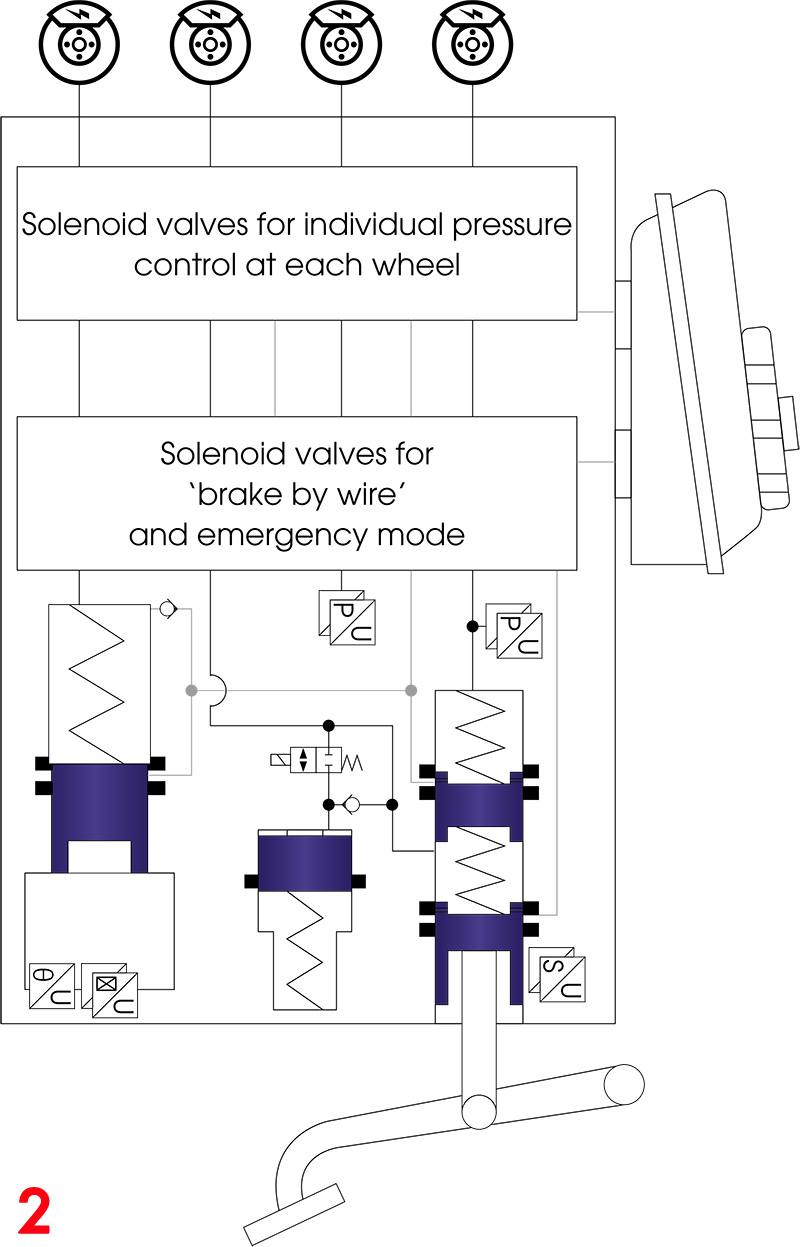 You have probably already come to this conclusion by looking at the scheme above: Integrating the master cylinder into the hydraulic control unit creates a system with a much wider range of possibilities. The ‘master cylinder’ is no longer directly controlled by the brake pedal, so the ECU can determine when and how much pressure it needs to build up.

When stopping a vehicle no longer solely depends on a drivers input, a world of possibilities opens up. Systems such as precollision assist and adaptive cruise control can intervene if the driver fails to react in time. In addition, advanced regenerative braking systems can operate with high efficiency.

But brake by wire also adds an extra level of comfort for the driver. Since the brake pedal isn’t directly connected to the system anymore, the amount of brake force isn’t directly related to the amount of pedal force any longer. Because of this, it’s possible to adjust the amount of brake force to the driver’s preference. That is, if the car manufacturer equips a car with this possibility. But all in all, you could say brake by wire has benefits for safety, fuel consumption and comfort.

Taking it to the next level

You might be surprised when we tell you the story above is just an intermediate stage. But think about it: The whole hydraulic set up was originally created to have a direct connection from the pedal to the brake calipers. However, when a direct connection is no longer needed, why still use hydraulics?

Of course, hydraulics is a very reliable way of transferring pressure, but modern step motors are just as capable these days. So why not switch to electronics?

The most important reason for sticking with hydraulics are the operating temperatures while braking. Electronics in general don’t like temperature swings. However, electronics do save weight and aren’t susceptible to leakage. You’ll also get rid of maintenance, such as changing brake fluid and bleeding the brake calipers. So, if the temperature issue can be solved, electronic braking might actually be a great idea.

In 2019 Brembo thought the same way and started experimenting with electronic brake calipers. The result was a system called ‘Brembo Sensify’ (Fig.3). This system uses fully electronic brake calipers on the rear and two independent calipers on the front with each their own hydraulic system. The aim is to eventually eliminate hydraulics altogether, but the technology isn’t ready yet to make this final step. So, they’ve kept some hydraulics for now. According to Brembo, this new way of braking offers lots of benefits, such as shorter lockup times under extreme braking and a more precise application. They’re convinced this is the future and to be honest we believe so too. 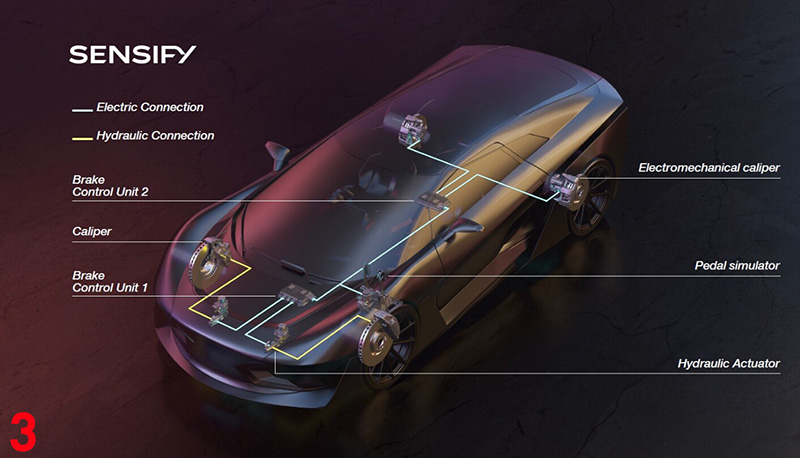 The future according to ACtronics

At ACtronics we’re always really interested in innovation and new technologies. That’s also the main reason why we follow the latest developments on brake technology. If we were to make a bold prediction on how brake technology will develop, this is what we believe to be the future:

We foresee that besides all hydraulic parts, all wear and tear parts (such as discs and pads) will also be obsolete eventually. This might sound far-fetched, but just think about it: Regenerative braking is ever evolving and in the near future these systems will function with such power and such precision, parts like discs and pads are just not needed anymore. Basically, it will operate just like the magnetic braking system of the newest Japanese bullet trains, but smaller and more sophisticated.

So, you’ve read it here first: Even the braking system won’t escape an all-electric future. And this could actually be a good thing.