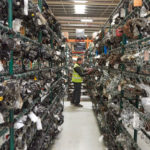 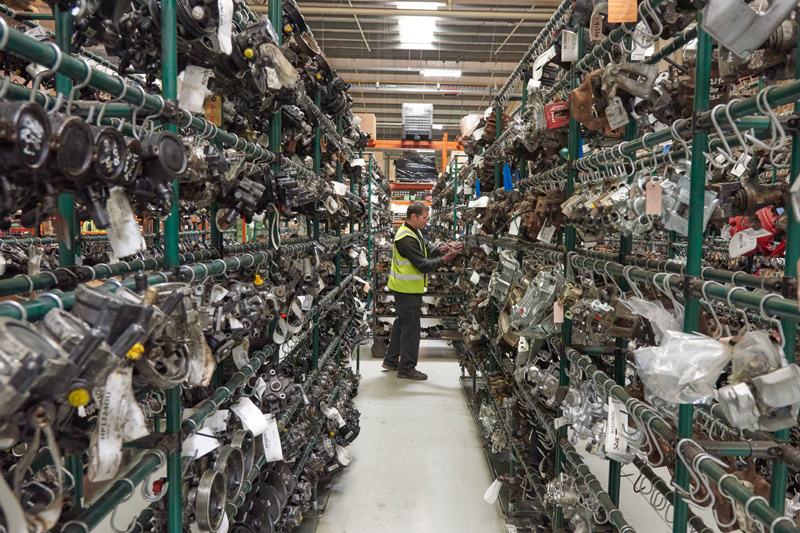 Shaftec explains that when it comes to sourcing safety critical components, such as those in braking and steering systems, you get far more value for money – in terms of quality, performance and longevity – with a remanufactured part than from a new import.

Tom Curtis, Shaftec’s Director, explains remanufacturing for those who aren’t up to speed. He says, “Let’s look at calipers. Price-wise, with goods arriving from factories across the globe, the caliper market is extremely competitive. Our biggest competitors now are those who import cheaper product from the East.”

Many of these factories have unproven track records – meaning that nobody really knows how or where these parts are produced, nor what methods, materials or processes are used. Aside from the issue of component safety, for scale of economic viability and a quick sale, large batches of fast moving parts are produced.

While this model may work to a degree, the UK car parc is growing in complexity every year, and is continuing to age; people are keeping hold of their vehicles for longer. In many cases, these mass produced, fast moving parts don’t fit older vehicles, meaning that to keep an older vehicle on the road, a remanufactured part is often the only choice when faced with buying from the main dealer – at significantly higher cost – or a second hand component, which goes against every safety rule possible. 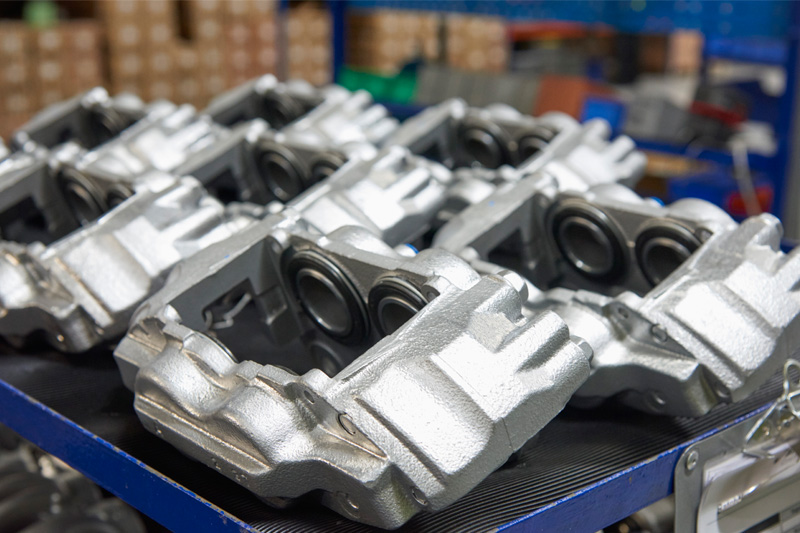 Tom explains, “We need to dispel the myth that a remanufactured part is somehow inferior. It’s not. The only thing on a brake caliper which is remanufactured is a lump of metal,” says Tom. “Everything else is brand new. In fact, because vehicle manufacturers invest so heavily in research and design, they consistently improve on their component designs. So in some cases, a remanufactured part may have new accessories which are now superior to OE.”

At Shaftec, core is only remanufactured if it passes the stringent quality tests – namely that there are no cracks or weak points in the metal. Following the remanufacturing process, each and every part is thoroughly tested in exactly the same way as a new part would be – and then supplied with the same warranty as a new part.

Everything from sorting core, to reassembly and product testing – including pressure testing past normal working conditions – is all done under one roof at Shaftec’s 42,000ft2 UK facility in the heart of Birmingham. As a TecDoc certified data supplier, Shaftec offers a range in excess of 5,000 remanufactured part numbers.

In addition to its bread and butter remanufacturing business, Shaftec also offers a ‘Reman & Return’ service for unusual or niche pieces; remanufacturing a specific part sent in by the customer and returning it within a precise timescale. “If a garage can’t provide a niche part, they are going to lose business,” Tom explains. “And nine times out of ten, that customer won’t come back.”

“For both affordability and environmental reasons, there is plenty of room for market growth of remanufactured calipers,” says Tom. “New calipers, particularly EPB calipers – which we also remanufacture in a choice of colours – are becoming more expensive. Put simply, remanufactured product represents excellent value without compromising on quality.”