Ahead of the start of the 2020 BTCC at Donington Park, Laser Tools has caught up with Aiden Moffat and Ashley Sutton as they prepare to start racing again.

Both drivers have shared their thoughts and aspirations for the forthcoming BTCC season.

Aiden commented: “I’ve just realised that on Sunday it will be 282 days since we last raced in BTCC! You miss the familiar faces; you miss driving a British touring car which is something very special. The most frustrating part was not knowing what was happening and when we were going to get going again.”

Ash added: “BTCC is addictive — you’ve got that long build-up over winter and then starting from the Autosport show right up to media day, you’re just raring to go at that point. And then for it to come to a grinding halt is a kick in the teeth. But now we’ve reset — we’re going again.

“BTCC for me has always been a dream — you can’t beat that elbows-out style of racing. From a very young age I’ve always loved BTCC — followed it, watched it, to be a part of it, to have won a championship, is a great achievement. BTCC is home for me, to replace it would be very, very hard.” 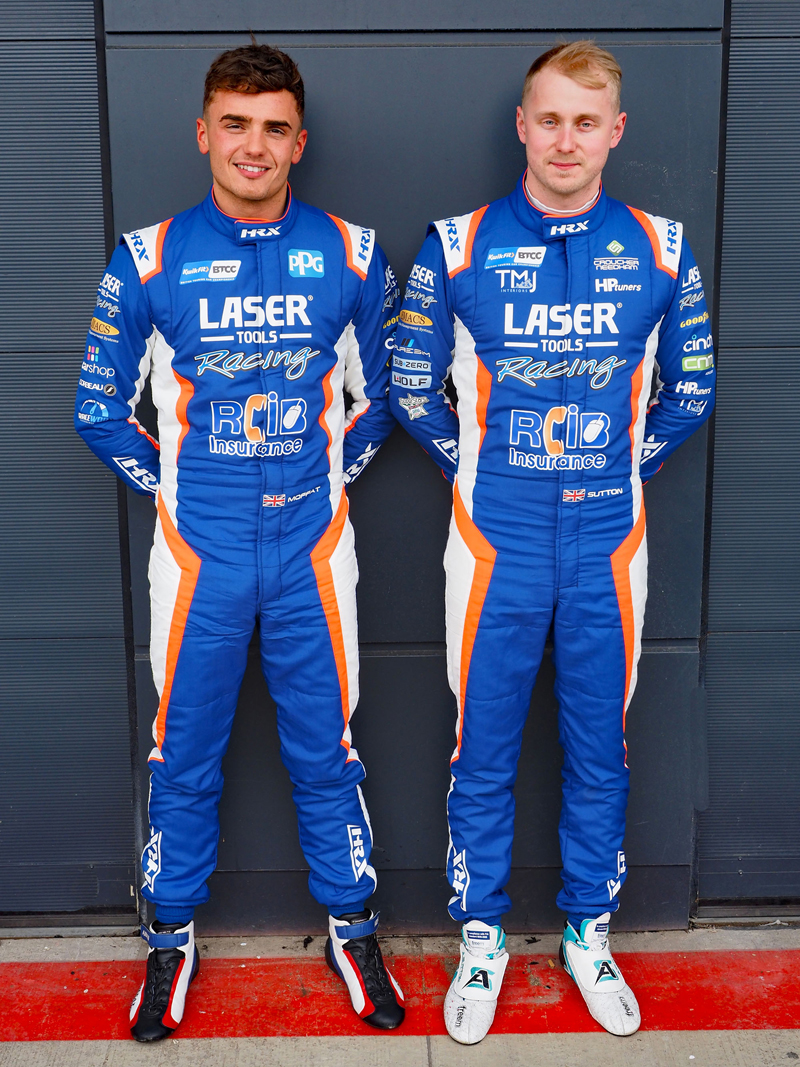 Aiden continued: “As you can see, we’re out in the Infiniti again, but this is a brand new car, new shell, new chassis, and new cage. It’s a completely brand new car that’s been redesigned, a collaboration with the Laser Tools Racing team, BMR Engineering and input from our engineers at Hexathron Racing Systems also. Two cars, completely new, built for this season for myself and Ash. It will be very exciting to see what these new cars are capable of.”

When asked if they had any messages for the fans, Aiden stated: “BTCC is made by the fans, the fans are what makes it so special. I must say a massive thank-you for the enthusiasts that follow myself and Laser Tools Racing.

Ash concluded: “The fans are a huge part of the family, it’s the adrenalin buzz, the support from the fans at the circuit and at home — it’s that whole package, combined with the action-packed racing — you can’t beat it.”

The rescheduled 27-race championship will start at Donington Park on the weekend of August 1-2 and will continue over the next three and a half months across the UK’s best circuit layouts. The BTCC is the only major series to boast season-long free-to-air coverage on UK television, and around 20 million fans are expected to tune into ITV4’s live and exclusive coverage of every BTCC race during 2020.