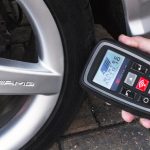 With winter just round the corner, now’s the time to make sure you’re clued up on Tyre Pressure Monitoring Systems (TPMS). Bartec offers some insight.

In many European countries, like Germany, Sweden, Iceland and Finland – where winters tend to be longer and harsher than ours – the law states that motorists must have winter tyres fitted within certain timeframes, temperatures or during certain conditions. In the UK, however, there is no such legislation, so it may not come as a surprise that recent research discovered that many motorists did not know what the ‘M+S’ symbol stamped on the sidewall of a winter tyre denotes. The EU regulation, dating back to 2009, states M+S (Mud and Snow) marked tyres must have a tread profile, tread compound and constitution to achieve better driving and traction qualities on snow.

However, it’s not actually the snow that should be the catalyst for a pit-stop: When the outside temperature drops below 7°C, the rubber compound of a summer tyre begins to harden, loses its performance and, subsequently, its grip. In contrast, a winter tyre contains a compound to retain its elasticity. This enables improved braking and handling performance on not just snow and ice, but wet roads in cold conditions, which is the most common feature of our winter. 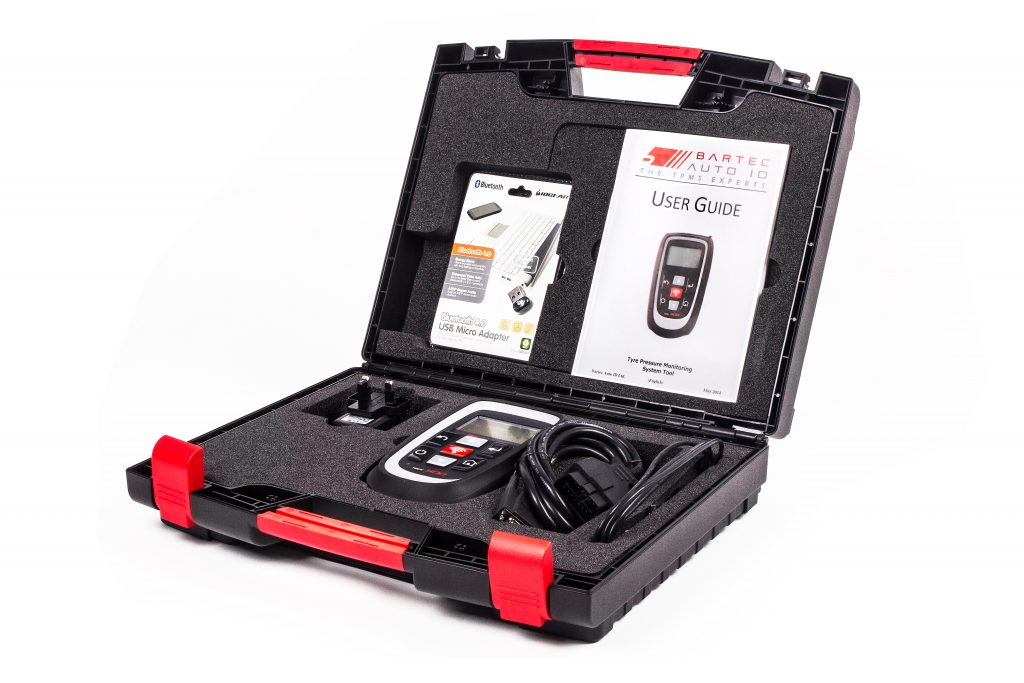 Why is the tyre pressure monitoring system (TPMS) important?

TPMS is an electronic system that monitors the air pressure in a vehicle tyre and automatically transmits a warning to the driver in the event of its under or overinflation. Most systems use direct tyre sensors, which transmit real-time tyre pressure information to the driver of the vehicle, either via a dashboard display or warning light.

This year marks a crucial time in the evolution of TPMS in the aftermarket, as 2017 is the first year that vehicles due their initial MOT test will be entering workshops with TPMS installed as a mandatory feature. Legislation passed in 2014 stipulated that TPMS would be part of the annual MOT test and, from that point, all vehicles would have the technology integrated as standard.

The volume of vehicles fitted with TPMS sensors, therefore, is greater than ever, so if a motorist elects to swap their summer tyres for winter options then the wheel sensors would need to be relearned to the vehicle’s ECU following fitment. In fact, every time a TPMS sensor is replaced, the vehicle’s ECU must be relearned because the unique ID and position of each sensor must be entered into the vehicle system, in case of a faulty sensor or low sensor battery, for example.

Since car and tyre manufacturers use a multitude of different sensors, a workshop that wants to offer this service must stock every sensor specification, which adds up to a massive 180 different options. To negate against holding such a large amount of stock, manufacturers provide blank programmable sensors, which can be cloned specifically to the vehicle – but a tool is needed to relearn the sensors and programme them to the vehicle. 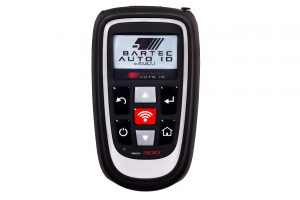 Bartec offers the solution in the shape of the TECH500. It can duplicate the original equipment sensor to the blank, universal sensor, before relearning it to the vehicle, often requiring programming using the OBD connector. It is the only tool of its kind to combine Wi-Fi, Bluetooth, inductive charging and keyless ignition testing. In addition, should the TPMS warning light ever flash-up, the TECH500 can detect and diagnose the fault.

Issues can be attributed to a failed battery, mechanical damage or corrosion – and even if the vehicle’s ECU or TPMS receivers are at fault. A mix of accessories and upgrades are also available, to ensure operators have everything at their disposal to provide the best service possible to their customers, including a charging station, fast Bluetooth printer and charging pad. The user manual is a handy guide for all operators, as it illustrates all button functions and key features, as well as a simple and user-friendly step-by-step guide to how the tool should be used correctly.