As extended periods of freezing temperatures become more common, the number of vehicle batteries that fail significantly increases, producing larger volumes of ‘scrap’. There is strict legislation on how garages should handle and dispose of ‘end-of-life’ batteries, and the penalties for not adhering to the legislation are significant.

Why do batteries fail in winter?

Extreme cold can increase your battery’s rate of discharge, making winter a triple-threat to a battery. This becomes especially intensified after a relatively hot summer. Exposure to summer’s heat accelerates the chemical reaction in the battery, which determines its overall chemical life and also evaporates the water in the electrolyte, increasing sulphation.

Then winter arrives, and freezing, ‘sub-zero’ temperatures slow down the chemical reactions occurring inside a lead acid battery, further reducing your battery’s ability to perform. At the same time, a cold engine and sluggish oil demand more power, while high drain features like interior heating, heated seats and defrosting place extra stress on a battery.

Signs of a failing battery

A battery won’t always warn you before it fails, but here are common signs to watch out for:

However, the only way to confirm properly whether a battery is failing is to perform a relatively simple battery test on every vehicle that enters the workshop.

Test every battery that enters the workshop

It is recommended that all vehicles have their battery tested when entering the workshop. On average, most vehicles today enter the workshop just once per year, therefore it becomes even more important to perform a battery test on the vehicle, even when the vehicle is not presenting with a battery related issue. 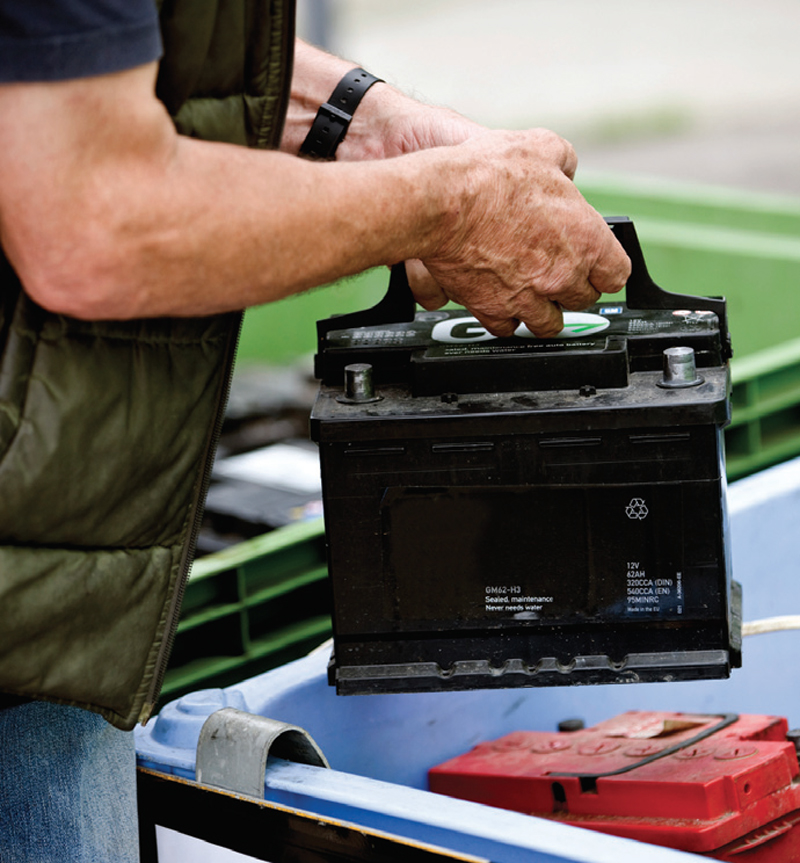 With more than 40% of national breakdowns occurring as a direct result of battery failure, many breakdowns could be prevented by performing a battery test, which would save drivers both time and a great deal of hassle! It is too late when the vehicle won’t start. Testing will identify any battery that is in a poor condition and should result in a new battery being fitted. Further to this, the workshop will ensure it gets the sale for the replacement of weak, failing batteries. Furthermore, a scrap battery at the end of its life is a valuable commodity that generates additional profit. However, there is strict legislation in place to ensure that end-of-life batteries are stored, transported and recycled in a responsible and environmentally friendly way.

As a producer of waste batteries, garages have a duty of care to ensure that such waste is correctly stored on their premises and that it is being transported compliantly to its final destination for disposal or recycling. Workshops must be able to prove that they have checked the credentials of their waste collection and disposal company, in order to be in full compliance with all current legislation.

The penalties for failing to comply with the relevant environmental legislation are severe: unlimited fines and/or imprisonment for up to two years.

Battery distributor BBL Batteries is positioned to advise on and answer any questions you may have regarding the compliant storage and disposal of waste batteries. The company takes its commitment to the environment very seriously. If batteries are not processed responsibly and end up in landfill, the chemicals contained within them will cause pollution and contamination to the surrounding area as heavy metals such as lead or mercury and corrosive acids begin to leak into the soil. 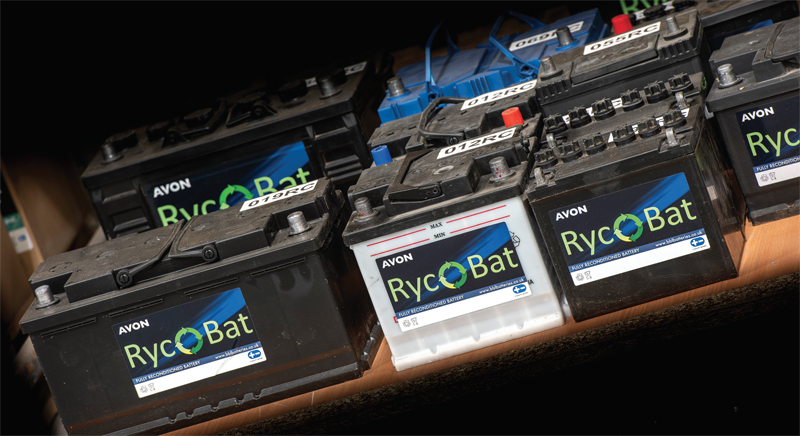 As a producer of automotive batteries under the Waste Batteries and Accumulators Regulations 2009, Regulation 36, BBL Batteries is obliged to collect scrap batteries free of charge and within a reasonable time for treatment and recycling from final holders, such as garages, scrapyards, end-of-life vehicle authorised treatment facilities and civic amenity sites. The company is required to do this in any calendar year that new automotive batteries are placed on the market. BBL Batteries can provide (if a certain volume is met) one or more recycling bins. When these are nearly full, BBL will then arrange to come and collect them. The bins will then be sealed and BBL will process them. For smaller amounts of battery waste, contact any BBL branch where used portable batteries can be collected, free of charge, and recycled in line with the 2009 directive.

Which batteries can be recycled?

Lead acid batteries are the most common type of battery technology, and are in fact very recyclable and environmentally efficient if dealt with through the proper channels. The majority of lead acid batteries can be broken down into materials that can be processed and then sent as raw materials directly to battery manufacturers to make new batteries. The lead (from the plates) and the polypropylene (from the cases) can be efficiently processed to a very high percentage (95%+) and used in the manufacture of new batteries. Even the sulphuric acid can be processed and made into everyday items such as gypsum, an ingredient used in the manufacture of plasterboard.

However, it is worth noting that there are an increasing amount of alternative battery chemistries reaching end of life, some of which can be unstable if not handled and stored correctly. To make matters more complicated, some of these alternative technologies appear in cases that very closely resemble lead acid batteries. This may cause serious problems from a safety perspective and so, if you encounter a battery you suspect is an alternative chemistry, such as lithium, then the advice is to determine exactly what the chemistry is and to take the necessary precautions to ensure safe storage and handling, and further down the line, safe recycling.

For further information on any of the topics covered above, click here.
Tags:BatteriesBBL BatteriesWinter Service & Lighting