Delphi Technologies reiterates the worth of a quality diagnostic tool and outlines a recent example of how rectifying an illuminated engine light on a Peugeot 107 highlighted this.

Few things strike fear into the hearts of the average motorist like an illuminated engine management warning light. Its cryptic outline might as well take the form of a large pile of cash, as that’s what most drivers expect will be needed to remove its unwelcome presence from their dashboard. But with the right diagnostic tools that needn’t be the case. In fact, with the right approach and a little investigation, an illuminated EML can be an excellent opportunity to strengthen the relationship between a garage and their customer.

Quality diagnostic tools make a sound investment for any garage, offering not only a cost-effective way to interface with today’s increasingly complex vehicles, but also a variety of other functions that can assist with the diagnostic process. An integrated flight recorder function, for example, allows realtime parameters to be captured while driving for later analysis when safely back in the workshop, while compatibility with a growing range of vehicles enables garages to cater for customers driving even the latest hybrid and electric vehicles.

The key to their effectiveness, however, lies in their ease of use and their ability to help track down even the most complex issues. On a recent session at Delphi Technologies’ Midlands-based training centre, a Peugeot 107 with an illuminated engine management light proved a case in point. Although superficially running without issue, the presence of the EML was a clear indication something was amiss and, under the new MOT rules, a fail for any car made after July 2003. 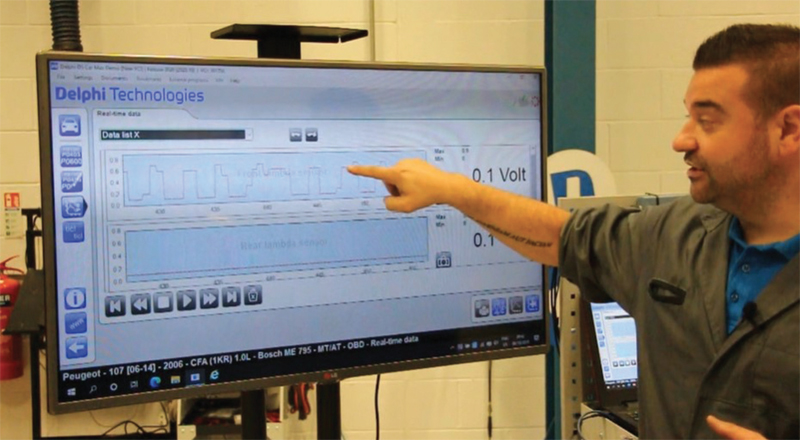 The first step in the diagnostic process, connecting the Delphi Technologies DS150E tool to the vehicle’s OBD port, revealed a P0420 fault code – ‘catalyst system efficiency below threshold.’ Although at first glance that sounds definitive, it’s a good example of a fault code that often steers technicians towards replacing parts to eliminate the problem. However, because of the way information is fed to the engine management system, the real culprit could still lie elsewhere, and it’s here that quality diagnostic tools really prove their worth.

The Peugeot 107, like many vehicles, uses two lambda or oxygen sensors – one between the engine and the catalytic converter, the other after it. The engine management system uses the sensors to adjust the fuel-air mixture and to ensure the catalytic converter is working optimally, but should the output from either sensor stray outside of expected parameters, a fault code is generated and the EML illuminated.

Typically, there are four possible explanations in this scenario: the catalyst itself may be malfunctioning; the second lambda sensor may have failed; too little oxygen may be arriving at the catalyst from the engine; or there may be a leak allowing air – and therefore additional oxygen – to be sucked through the cat.

Separating these possibilities is made easier by the DS150E’s live data read-outs, and with the engine running and the cat up to temperature, the real-time values of both sensors could be displayed. The first pre-cat sensor showed normal voltage readings, but the second remained steady at a value well below what would be expected, indicating a permanently lean condition (too much oxygen). 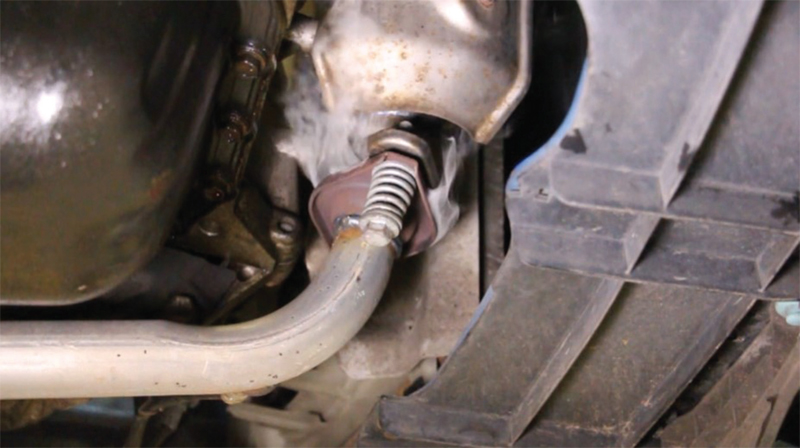 Ruling out the sensor

To rule out the possibility of a faulty sensor, the engine was revved briefly to enrich the exhaust mixture and the sensor duly responded with an increased voltage, making it unlikely to be the cause of the fault.

With the sensors now deemed blameless, only two possibilities remained: a faulty cat or a leak drawing in air. The latter is the easiest to eliminate with a quick and simple test conducted in a well-ventilated area. The Peugeot’s tailpipe was blocked off and the engine restarted; on a vehicle with a sound exhaust system, this would choke the engine causing the revs to drop. However, our 107’s engine carried on running quite happily, indicating that exhaust gases were able to find their way out elsewhere in the system.

To establish where from, the engine was switched off and a smoke generator connected to the tailpipe, gradually filling the exhaust with thick smoke. This could then be seen readily escaping from the joint flange where the cat connected to the downpipe. Since gas leaks work in both directions, this also meant air could be drawn into the exhaust before it passed through the cat and, crucially, the second sensor, triggering the excessive oxygen readings.

Thankfully for the customer, this also hinted at an easy fix rather than an expensive catalytic converter replacement. The exhaust was detached and manipulated to improve its alignment and refitted to ensure a gas-tight seal. With the smoke test repeated, no leaks were observed. With the engine running and the cat up to temperature, the voltage output from the second lambda sensor was now showing within expected values. 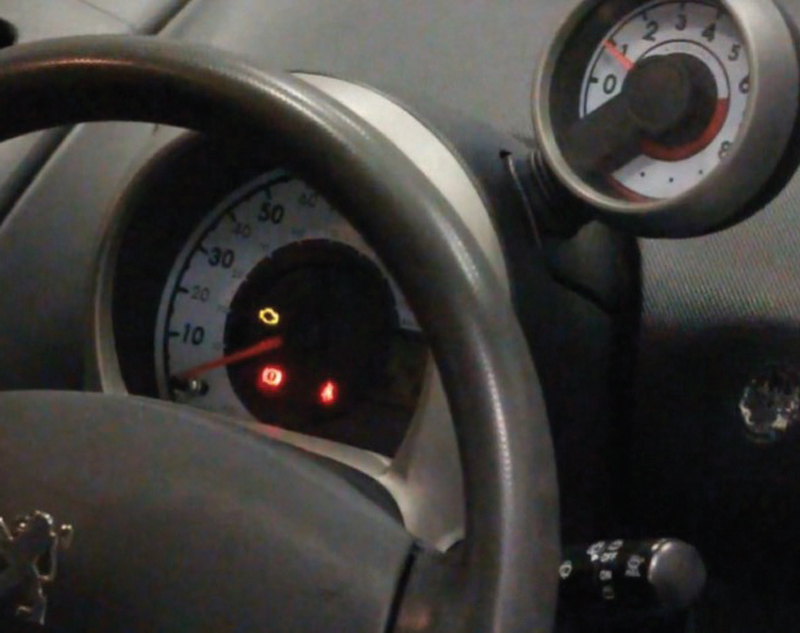 The final step in the diagnostic process was to clear the fault code and ensure the issue was genuinely resolved. Here, the diagnostic tool offers a useful feature that can help focus on faults within the complex emissions system. By accessing Delphi Technologies’ eOBD mode, the tool displays which parameters are ready to be tested, each indicated with a simple ‘yes’ or ‘no’. With the ignition on but the engine not running, both the cat and oxygen sensors will appear as ‘no’, but once running and up to temperature, these will switch to ‘yes’. If the EML has not come on by this point, the technician knows the repair has been successful and the car can be returned to its grateful owner.

Without the right diagnostic tools, the technician would likely have to resort to replacing parts in the hopes of isolating the cause, and in this case this would have proved both expensive for the customer and completely unnecessary, as even with a new catalytic converter and a pair of oxygen sensors, it’s possible the fault would have remained. It’s also a prime example of how a little information can be a bad thing: a lesser diagnostic tool would have indicated the cat was at fault, leaving the customer with a hefty bill and a sinking feeling when the fault reoccurred, not to mention a damaged relationship with the garage.

By using Delphi Technologies’ diagnostic tool, the fix turned out to be surprisingly cost-effective – both for the garage who, with a few simple tests, were able to pinpoint the cause quickly, but also for the customer with a now much-reduced bill. And, as we all know, a happy customer is a loyal customer.

0 0
Previous : First Line launches 2022 wall planners
Next : How to replace the clutch on a Volvo S40