The complexity of choosing the right oil for the electric compressors in A/C systems means that OEMs and mechanical engineers often don’t make the most effective choice. Dr Liz Dixon, Global Technology Director of the Shrieve Group, explains why polyalkylene glycols (PAGs) are the lubricant of choice for hybrid and electric vehicle A/Cs.

Globally, research suggests that there will be 125 million electric cars on roads by 2030, and many of them will use electric compressors in their air conditioning (A/C) systems. Environmental legislation is leading A/C original equipment manufacturers (OEMs) to use more environmentally friendly refrigerants.

Among this new legislation is European directive 2006/40/EC, which fully came into effect in 2017. This legislation applies to mobile air conditioning (MAC) systems and, in the words of the European Commission, “stipulates that air conditioning systems in motor vehicles type-approved after 1st January 2011 may not be filled with fluorinated greenhouse gases with a global warming potential (GWP) higher than 150.”

Compliance with this directive led to the development and adoption of R1234yf, a class of hydrofluoroolefin (HFO) refrigerant that the UN Intergovernmental Panel on Climate Change (IPCC) confirmed has a GWP of 1.0. In addition to this, R1234yf has a low ozone depletion potential (ODP). Developed to be a replacement for R134a refrigerants, R1234yf is now the industry standard for new vehicles, and R134a is being phased out.

Unfortunately, the R1234yf chemical structure that ensures a low GWP can also cause issues with refrigerant stability, as the HFO R1234yf molecule is more chemically reactive than R134a. To counter this, the right lubricant is vital for long-term operation. So, how do you select this lubricant?

Of course, the core properties of a good lubricant – viscosity, lubricity, and thermal stability – have remained central to selection for many years. But, with R1234yf’s molecular structure causing a high level of chemical reactivity, the lubricant must have the correct stability properties to counteract the refrigerant’s inherent reactivity, as well as appropriate miscibility properties. In this regard, PAG lubricants have the most preferential properties.

Electrical systems require further consideration of the lubricant’s electrical properties. Historically, PAGs have exhibited higher levels of electrical conductivity than the industry considers acceptable, and these levels are largely the result of factors such as residual catalyst, acidity and water in the lubricant. This has created a perception of PAGs being unsuitable for use in semihermetic and hermetic systems.

The fact that many PAG-based solutions have exhibited such electrical properties is due to how they are formulated and processed. If these PAGs are processed under more stringent conditions to achieve higher levels of purity, you get less contaminants and a resultant lubricant that is perfectly safe for use in hybrid and electric compressor systems. This is something that the chemistry specialists at Shrieve considered when developing ZEROL HD, which overcomes the concerns associated with previous PAG chemistries. 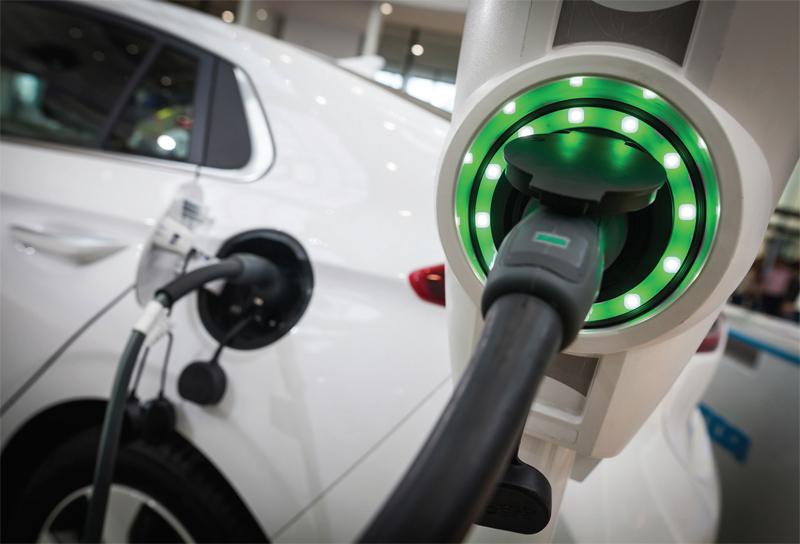 ZEROL HD is a double end-capped, PAG-based lubricant that is specifically designed to meet the long-term needs of electric compressors that use R1234yf refrigerants. It is also suitable for use in belt-driven systems that employ R1234yf. The lubricant is available in several viscosity grades and has been optimised with specifically developed additive technology to enhance system performance, efficiency, stability, and longevity.

Crucially, Shrieve extends its expertise to the development of ZEROL HD, ensuring that it is effectively manufactured to remove the residual contaminants that affect the lubricant’s conductivity.

Because of this, ZEROL HD demonstrates 35kV dielectric strength and 1010 Ohm-cm electrical resistance, making it more than suitable for use in electrically driven systems. With these properties, the product is an example of a PAG that is a universal fit for both mechanical and electrical MACs, as well as a preferential alternative to polyol esters (POEs).

As the use of electric compressors has increased, there have been moves towards POEs being used as MAC lubricants. The problem with this is that POEs have inferior chemical stability compared to the ZEROL HD and PAG. As a base fluid choice, they stabilise R1234yf refrigerants poorly.

There are also long-term impacts, which can be seen when looking at how POEs and PAGs react to water ingress. Although PAGs absorb water from their environment, the ingressed water also hydrogen-bonds to the PAG molecules without causing a chemical reaction. This hydrogen bonding prevents the water from freely existing in the system and reacting with system components, so the bonded water molecules won’t contribute to problems such as metal corrosion.

The same cannot be said of POEs, which undergo a chemical reaction when exposed to water. The water can cause the esters to break down into their constituent parts, which produces acidic by-products that cause further chemical instability in the system.

High quality PAG chemistries outperform POEs in R1234yf electric MAC systems in almost every case, which is why Shrieve urges compressor OEMs and mechanical engineers to use them as the lubricant of choice.

The challenge ahead for the industry is to stop the flow of ineffective aftermarket lubricants based on inferior PAG and POE chemistries from undermining long-term compressor performance. It’s only by focusing on great chemistry and working with specialists that we can combat misinformation, and ensure that PAG solutions support the growing market for EVs.