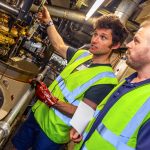 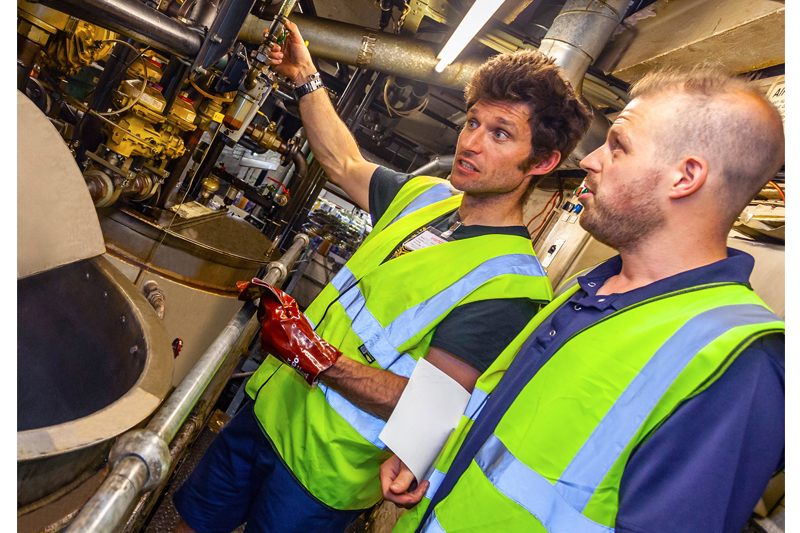 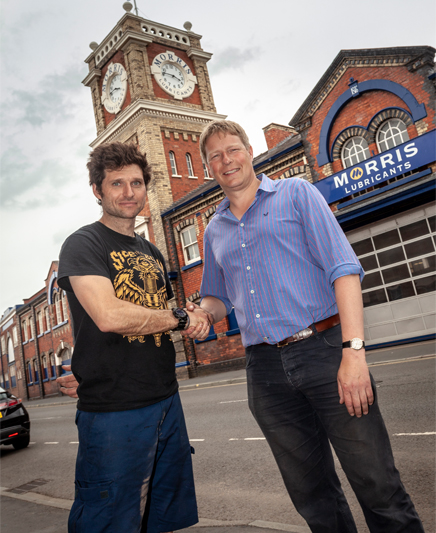 PMM caught up with Guy Martin as he visited the home of Morris Lubricants, to get a glimpse into the company’s inner workings and ‘brew’ his very own batch of Morris oil.

The Morris Lubricants manufacturing facility has been located in Shrewsbury for over 140 years. It now has over 120 employees and has developed a reputation for delivering the highest quality products and services in over 85 countries worldwide. As we went behind the scenes, we spoke to Guy about his new relationship with the company as a brand ambassador, and got his thoughts on the big issues affecting the industry today.

PMM: What is it about Morris that made you want to become a brand ambassador?

Guy Martin (GM): Well we started talking about the idea and I thought, yeah, this is good stuff this, but that was about it. I never really went any further with it until a mate of mine saw I had a load of Morris stuff in my shed. He was a motorbike engine builder who built 18TT winning engines and said that he and the team swore by Morris Oil. From that point on, I started thinking seriously about it.

My view with regards to products is: if it’s serious in motor sport, then it’s going to be a good product to use in the commercial industry, and I probably wouldn’t have taken Morris seriously unless I knew it was serious in the motor sports world. Anyway, I was asked to be a brand ambassador, was given a bit of oil for my shed, and I said, ‘I’m in!’

PMM: What are your impressions now you’ve had a chance to look behind the scenes?

GM: I just thought it was a few blokes in a shed in Shrewsbury, but to come here and see what goes into the blending and testing of the oils is amazing. I’d underestimated the whole Morris operation, but it’s now an honour to be part of it. 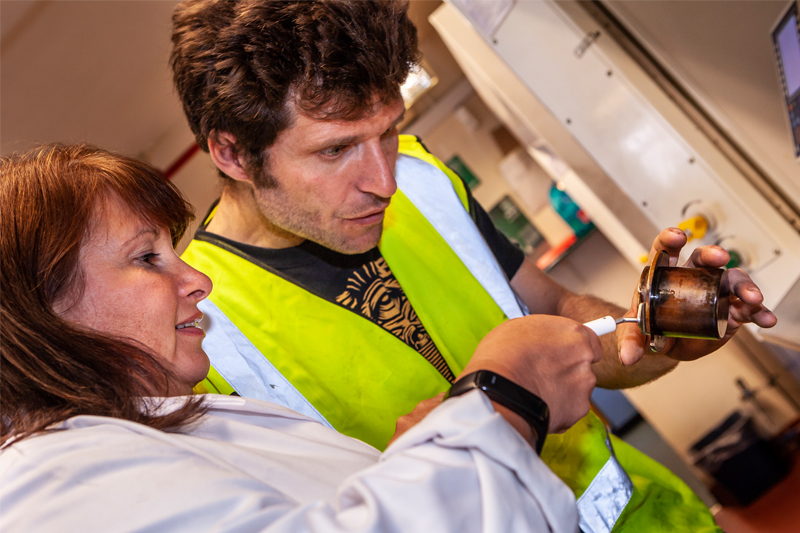 PMM: What do you think about the new Tesla/Mercedes electrified trucks? Is this the future and how quickly do you think the industry will respond/adapt?

GM: I think we’ve got to be realistic. I think when we’re looking at general trucking work, these trucks possibly have a future, but what about payload? We can’t offset the payload can we? That’s what trucks are all about – especially the job I’m in. It’s all about getting a 30 tonne payload. So if we have to bolt 10 tonne of batteries onto it to be able to do 100 miles, it’s not realistic. The roads as they are now can’t deal with 44 tonne – not really – so to be subsidising with a weight bonus is not going to happen.

The power technology is better than diesel technology for the amount of torque available but the problem is powering the motor. For cars around town, yes, electric is probably the way. But, what’s creating that electric energy? It’s going to be a fossil fuel in some form or other creating your electric energy, so it’s not sustainable.

I do believe electric is the future, but not any time soon. Nothing’s sustainable until nuclear fusion is sorted.

PMM: Are you a traditionalist in the workshop, or do you like to embrace new technology as often as you can?

GM: I’m all for new technology. I’ve only just got a telly at home but if I need to go with technology to move forward with my job, then I will.

It’s still nuts and bolts at the bottom of it but when it comes to using diagnostic equipment, you need to move with technology. I’m all for it. 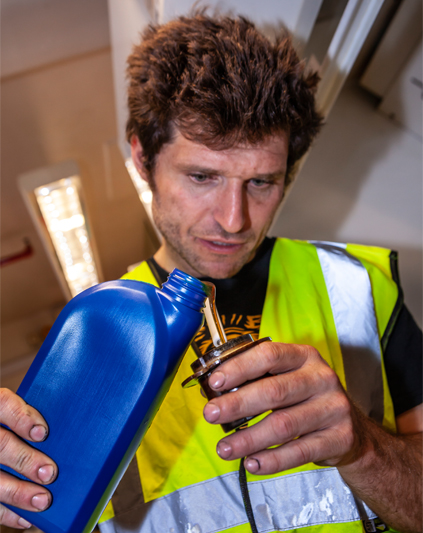 PMM: The automotive industry in general is facing a skills shortage, particularly with reference to young technicians/apprentices entering the industry. Why do you think that is, and what can the industry do to attract new talent?

GM: The job’s hard work and dirty work and you’ve got to buy all your own tools.

But I started a new job nearly 10 months ago and it’s probably the best job I’ve ever had. There are three of us in the workshop and we earn decent money, but we’re working for it. When you start looking at wages like that, the prospect becomes attractive.

PMM: What exciting projects do you have coming up next?

GM: Well I’m always building stuff in my shed. I’m mucking around with a bike at the minute that I’m trying to drive 300mph in a mile, which no one has ever done. I’ve got a lot of work to do but I’ll keep chipping away at that. I’m building a pickup to go race and that’s a hybrid four-wheel drive.

I also recently raced Jenson Button at Silverstone on the first day of the 2018 British Grand Prix. I was racing the Williams FW08C . It’s the only time I’ve driven a single seater properly. It was the first F1 car to be driven by Ayrton Senna and it won the 1983 Monaco Grand Prix. I had a lot of learning to do but it was a real honour to work with Williams.

But yeah, I’m always doing something. The job never stops.

0 0 0
Previous : The Theory of Lubrication
Next : Remind Customers of A/C Service