Nissens outlines its turbo offering to the aftermarket and provides its top tips on diagnosing turbo failures.

The Nissens turbo offering falls within the company’s Engine Efficiency & Emissions product category. It consists of more than 180 part numbers, catering for more than 2,000 OE references and providing coverage in excess of 30% of the UK and Ireland car parc.

As would be expected from such a dependable supplier, the range is designed and manufactured to match OE specifications in order to replicate the engine performance, fuel economy, emissions standards and durability stipulated by the vehicle manufacturers. These high standards maintain equally on Nissens’ electrically steered turbos, where selected models are equipped with E-actuators supplied by Hella, a global leader in OE electronics and sensor design and manufacturing.

In addition to matching the performance standards, Nissens’ commitment to the aftermarket means that it has also thought about the concerns of both those ordering and installing the components.

As a result, each replacement turbo, whether wastegate or variable geometry utilising pneumatic or electronically activation, is a new, outright purchase unit that comes without surcharge or the need to return the old unit. When it comes to installation, each is designed to mirror the existing vehicle system and engine layout, and comes with all the important additional parts, like gaskets or stretch-bolts, that are needed to make fitting an easy and straightforward process, as well as comprehensive fitting instruction in both printed and online formats.

Turbo failures are often accompanied with, or caused by, problems with related components, which is why the Nissens programme also helpfully includes additional products such as turbo intercoolers, and oil feed pipes (OFP), which, as a best practice procedure, it recommends is replaced at the same time as the turbo. 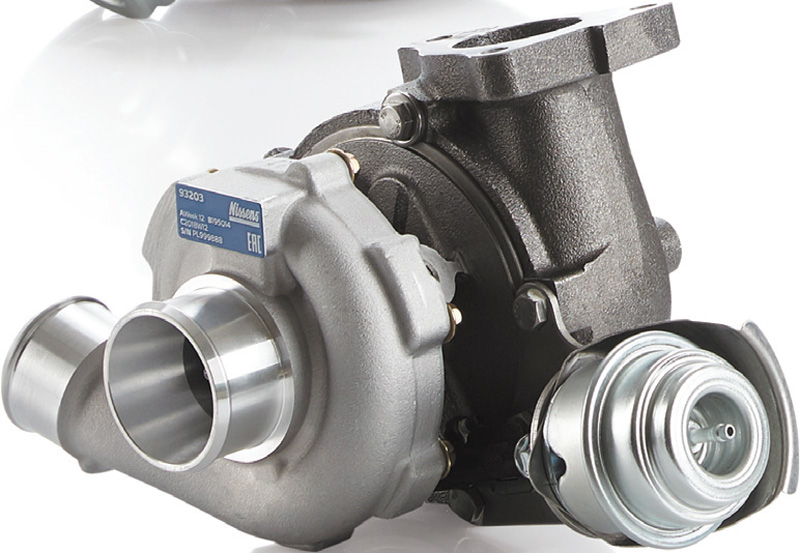 The turbo OFP is a particularly important component within the turbo system as it delivers vital lubrication to the turbo from the engine’s lubrication system, ensuring the turbo shaft is sufficiently lubricated and cooled, so is key to turbo system’s proper operation.

Nissens’ current OFP range caters for 99% of the company’s turbo programme, but reflecting the growing importance of the component, is poised to increase over the next few months. Naturally, all the related technical product information, including high-quality pictures, for the entire Nissens turbo system offering can be found in its own catalogues, as well as in TecDoc.

As well as having access to premium quality replacement components and comprehensive fitting instructions, it is incredibly important for the technician undertaking the work, to understand why the turbo has failed.

Common causes that should always be considered in order to establish the correct diagnosis and address any underlying issues, include:

Oils and lubrication – Has the failure occurred due to lack of lubrication? This can cause overheating in the turbo and lead the oil in the turbo to carbonise and the shaft to seize. This could occur because the OFP is blocked or restricted, due to exposure to excessive heat from a missing heat shield, for example. Alternatively, the engine oil could have become degraded because its scheduled replacement has been ignored or the oil filter defective. Also check the return pipe to ensure the oil can find its way back to the sump.

Foreign objects in the turbo – Has something entered the turbo? A turbo acts rather like a vacuum cleaner sucking in a vast quantity of air, which it pulls through the air filter. Should air filter replacement be overlooked in a similar way to the oil filter example, foreign bodies can be sucked into the turbo and damage the veins on the compressor wheel, causing turbo failure.

Over-speeding – Has the compressor wheel ‘burst’? Turbos are designed to run at incredibly high speeds, sometimes in excess of 250,000 RPM. However, if they exceed their normal operating parameters, due to over-speeding for example, the compressor wheel can literally break apart. Common causes include leaks in the air charge system or wastegate failure, which mean that the turbo can’t reach its designated boost pressure, so over-speeds to compensate, exploding in the process. 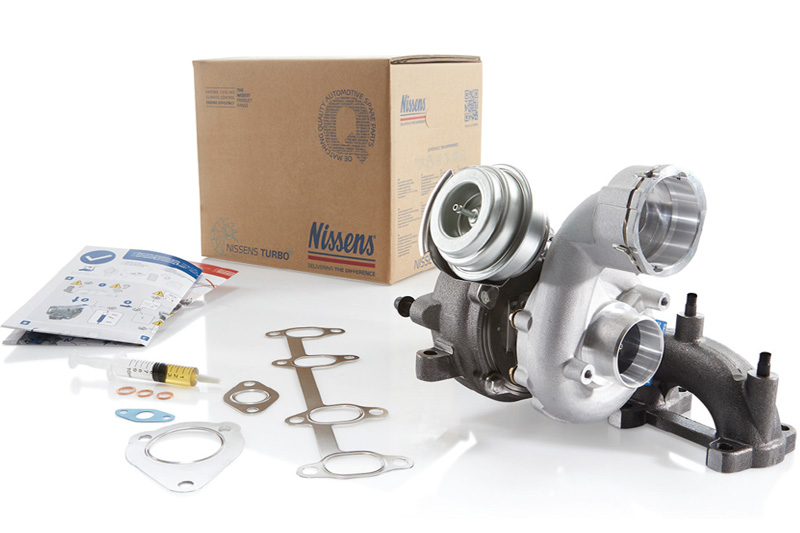 Over-pressure – Is there an imbalance in the pressure between the air and exhaust side of the turbo? The thrust and journal bearing are designed to be subjected to a similar pressure, so an imbalance can lead to the compressor wheel touching the side of the housing, resulting in turbo failure. Causes can include excessive boost pressure because the factory settings have been changed due to engine tuning, for example. A malfunctioning blow-off valve or faulty MAP sensor could also trigger excessive pressure.

The Nissens Training Concept (NTC) is a well-developed training platform with self-learning, webinars and prerecorded videos, which is under constant development and designed to help technicians overcome the lack of live training meetings during the current pandemic.

Via an activation link Nissens is offering technicians who sign-up and complete two turbo e-learning courses, the chance to win a fantastic prize. The first course is Turbocharger Fundamentals, which explains the forced induction principle for combustion engines and how the turbo works, and the second, Turbocharger Installation, that provides insights to how to properly install a turbo, including the necessary diagnostics.