As automotive technology changes, so do the roles and tasks of once-essential components. HEVRA’s Peter Melville explains how advancements such as plug-in technology and electrification are causing a new set of components to come to the forefront of vehicle repair.

10 years ago, if I told you I could drive around with a con-rod sticking out of the engine block, or leave the alternator at home for the day, you’d think I was mad. But cars have changed so much over the last few years, some of these once-essential components are now less so, and there’s a new breed of components that we’re now reliant on.

Obviously, as has always been the case, every part of the car serves a function, and the car will need everything working correctly in order to function as designed. But here’s a little look at the components that have gone to the back of the queue, and those that have taken their place.

Changes in the engine room

One part that’s playing a lesser role is the combustion engine. Whilst in non-plug-in cars this is the only source of power, it’s quite possible in many plug-in hybrid cars to complete your daily commute without even waking it. Of course, months of operation like this would lead to stale petrol, which brings in one of our new essentials – the fuel tank pressure sensor.

Petrol doesn’t go off in the same way as milk or fruit, but over time the more volatile constituents can evaporate, leaving behind the less burnable stuff. Plug-in cars prevent this by pressurising the fuel tank, as the increased pressure reduces evaporation. The tank isn’t pressurised by a pump, but the volatile fuel in the tank pressurises itself when sealed, much like a fizzy drink. This is why most plug-in cars have a button to open the filler cap – when pressing the button, a valve allows the pressure to release from the fuel tank, and once it gets the all-clear from the tank pressure sensor, the flap is unlocked.

The next part soon to be receiving its P45 is the alternator. Introduced by Chrysler in 1960, the alternator provided us with a more efficient, powerful and reliable replacement for the dynamo. Most hybrid cars don’t have alternators, but there’s a few lurking about on some models, including Mercedes. They run with the engine, patiently waiting for a current overload or DC-DC converter fault, at which point a LIN signal will request the alternator to do some work. 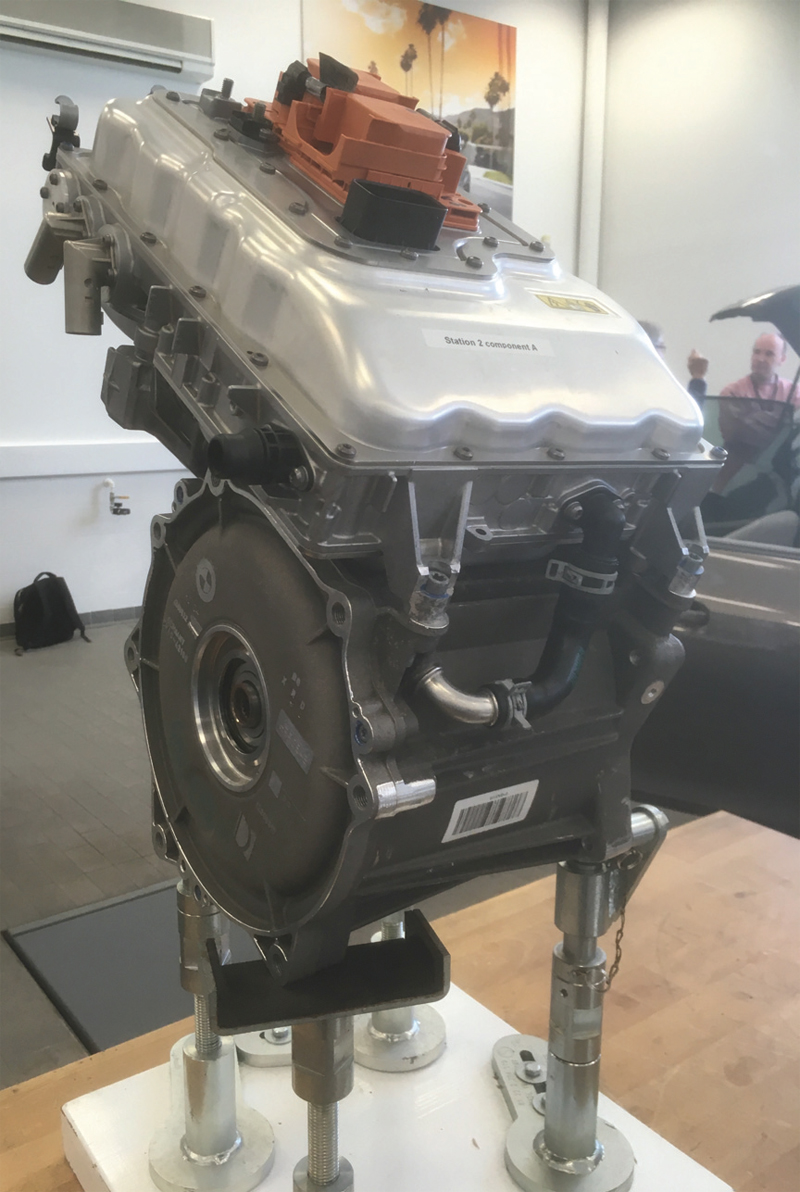 Electronics come to the fore

Joining the ranks in the essentials corner is the electric locking actuator. Some electric vehicles have none, some have one, and many use two – one on the steering column and one on the transmission’s park pawl. The electric steering lock is the first part of the starting process – once the start button has been pressed and the correct key detected, the unlocking of the steering lock is the next essential process before the ignition can come on, and the vehicle settles into Ready mode. The parking lock prevents the vehicle from rolling away when parked, and the park position needs to be engaged to allow the car to charge when plugged in. Both locks use a 12V motor, although the  signal sent to them is normally a coded message for security purposes.

Another newly essential part is the humble door switch. Before the advent of body control modules, one of these blighters could drain your battery overnight by leaving the interior light on, but it’s importance to electric vehicles is quite different. In a car that doesn’t make any noise, some German manufacturers have decided it’s easy to leave the car in a driveable condition when getting out, which is potentially unsafe. For this reason, some cars switch off when the driver’s door is opened, and, in some cases, won’t start if the door is still open. The bonnet switch has also gained a new role, as many cars won’t allow the engine to stop and start if the bonnet is open.

Whilst cooling systems have always been essential, electrification brings new parts which have different cooling requirements. Many vehicles use the air conditioning system, directly or indirectly, to cool high voltage batteries, and even power electronics such as inverters and chargers. The refrigerant system is also used for cabin heating in some models, which means it’s the only way to demist the windscreen. With air conditioning being a system that is often neglected as a car gets older, this new function gives it a new importance.