PMM visited GYS’ HQ in Rugby to find out a bit more about what goes into making one of the most recognisable brands in European automotive workshops.

‘‘Over the last five or six years, it has become very important that workshops know exactly what they’re doing when it comes to batteries and battery charging when working with vehicles.” So tells me Neil Pulsford, Managing Director of GYS’ UK division, as he takes me on an odyssey through the history of both GYS and battery maintenance – two entities that have developed hand in hand in recent years.

GYS is a French manufacturer, producing three product catalogues, covering three different areas – Welding & Cutting, Car Body Welding Systems and Chargers, Boosters & Starters. Of principle concern to the UK auto workshop is this last category, covering everything you need to maintain, charge and test the batteries of the vehicles that enter your workshop.

Barely an issue of PMM goes by without at least one article on battery maintenance or charging, with the reason being that as passenger vehicles become more complex – with both on board computers and start-stop technology designed to reduce emissions – batteries likewise have had to adapt. As Neil explains to me, when working on a vehicle in a “‘key on, engine off’ condition, modern vehicles in a programming, diagnostics environment, the battery is unable to supply the power needed to support the onboard software.” He continues: “you would be surprised how much energy a vehicle consumes. If you’re programming a vehicle, you could be using as much as 80amps, meaning you’ll quickly drain the battery, crucially reducing the voltage. It is vitally important that you sustain that vehicle at around 13.5V or higher on some vehicles – below that, there is a high risk that electronic modules will become corrupted needing expensive rectification and stop working.” 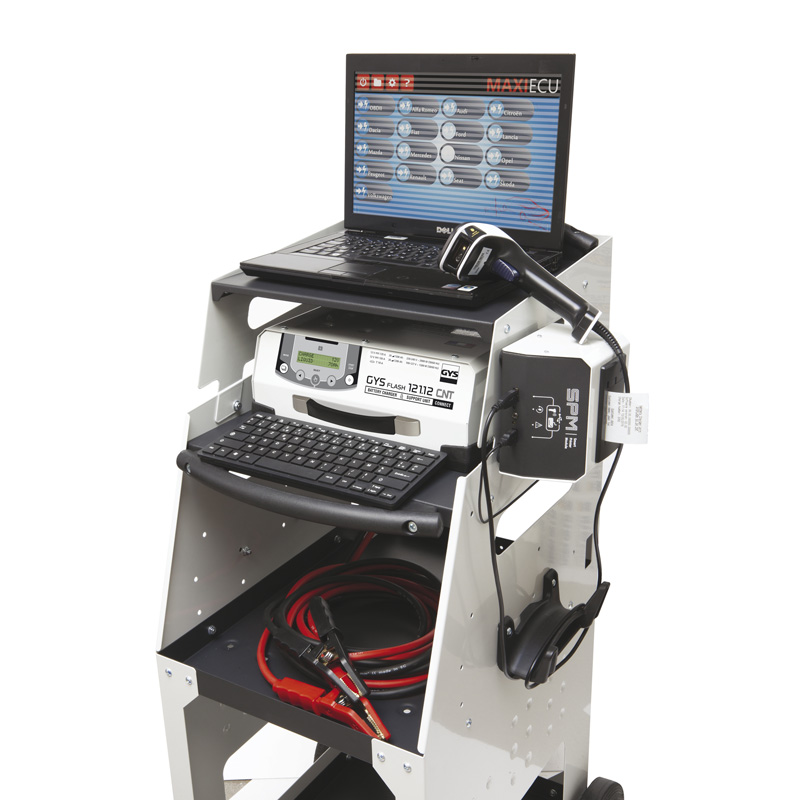 Connecting a Battery Support Unit to the engine whilst working on it means that the energy required by the vehicle is provided by the Battery Support Unit and not the battery. The latest units can go up to 120amps, can record the charge data for each vehicle that goes into the workshop and can be connected to a range of external modules.

Going back to basics, however, Neil outlines the three things that workshops need to ask when making purchasing decisions around batteries: Is it safe? Will it work with the specific battery you are working on?; and will it work with all battery types? GYS takes the approach that ideally the battery chargers it makes are as universal as possible and will satisfy the needs of the technician without causing a headache or a safety concern.

GYS has been on the go since 1964, based in Laval in France. The firm began life as a transformer company as a response to the recent voltage change in 1960s France, formed by Frenchman Guy Yves Stephany. Soon it began producing welders on a small scale. By the 90s, however, the company had gone bankrupt. That would have been the end of the story for the company and its then 30 employees had it not been bought by Nicolas Bouygues. Since then, the Bouygues family has invested heavily in R&D, becoming one of the market leaders for car battery chargers across Europe. Today, the company has over 800 employees and a turnover of 100 million euros.