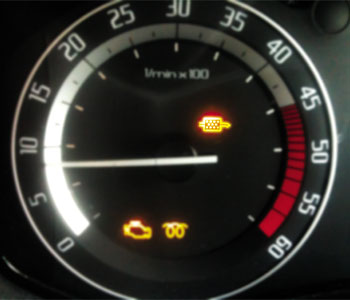 A quick Google search of ‘DPF removal’ reveals scrolls of pages featuring garages offering DPF ‘deletion’ or ‘removal’ services, the popularity of which has really taken off in the past couple of years. To understand why this is so, one only needs to take a look at the recurring issues that some owners of diesel cars regularly experience with the vehicle’s DPF – causing much expense and head-banging.

In the majority of cases a ‘removal’ service involves the reprogramming of the vehicle ECU to disable the DPF. This is followed by an engine ‘remap’ with the promise that the vehicle will run as/more efficiently once the work is complete.

The ethics of this particular practice are certainly open to debate as, after all, there is an environmental reason why these filters have been fitted – as standard – to diesel cars since 2009 (and, in some cases, long before this date). Although their use aims to deliver an 80% reduction in diesel particulate (soot) emissions, the technology is, however, not without its flaws. Numerous repeat problems, often at huge expense to the car driver, has meant that some would prefer to do away with the technology altogether.

Offering the car driver the capability to remove the component’s functionality from their vehicle would seem like a very appealing option then, expect for the fact that the DfT points out that ‘it is an offence under the Road Vehicles (Construction and Use) Regulations (Regulation 61a(3))1 to use a vehicle, which has been modified in such a way that it no longer complies with the air pollutant emissions standards it was designed to meet. Removal of a DPF will almost invariably contravene these requirements, making the vehicle illegal for road use’.

To reinforce the point and combat the issue of motorists driving without a DPF, Roads Minister Robert Goodwill delivered an early Christmas present to the anti-removal campaigners by announcing that from the start of this month (February), garages and testing stations will be required to check the vehicle for the presence of a DPF in the inspection of the exhaust system during an MOT test.

The vehicle will automatically fail the test if the filter had been fitted as standard and is found to be missing.

The wording here is crucial, with the ‘physical’ check of the DPF component the most important aspect of these revisions. Previously, the only way that the component’s functionality could be tested at MOT time was through an emissions test, the result of which couldn’t always be guaranteed to spot that the component had been removed.

In essence, the new proposals seem well-founded, but they do potentially throw up some serious questions that need answering.

From a garage perspective, opinions seem to be divided – and understandably so – between those who have invested in the equipment to offer DPF removal services and those who agree with the government’s intervention. A fascinating thread at the UK Autotalk website sheds some light on the split in opinion from garages. With this in mind, perhaps the only way of ascertaining what is the ‘right’ and ‘wrong’ practice has been for the government to intervene.

A recent poll on the PMM website proves the indifference to the announcement with 44% of respondents saying that they agreed with the decision to outlaw DPF removal, while 56% were against the decision.

Peter Warman, owner of AFS Redhill in Surrey and founder of UK Autotalk, feels that the large portion of the blame lies with the authorities, criticising the DVSA and the government for not providing enough information to the “ill-informed” general public, who feel they’ve been left with no alternative than to opt for a removal and, as a result, will now “pay the price”. Furthermore, his concerns stretch further to the measures that are in place for those customers who may have already had a removal undertaken, and the garage that was complicit in this.

“In most cases, they (DPFs) function correctly if driven as they should be (on long journeys) and serviced with the correct oil at the correct interval, but, due to finances, they are often left until it is too late. The customer then opts to have it removed,” Peter says.

“The big problem I can see for the independent garages that have already removed them (DPFs) is there are hundreds or even thousands of garages offering a DPF removal, putting in a modified pipe and then remapping the software. When they fail the MOT in February, who would pick up the bill?”

Peter has also called on the government to work harder in alerting the public to the fact that there are vehicles without the standard DPF for sale privately, on websites and forecourts across the country.

“It will not be until they (motorists) come around for an MOT that the buyer is going to get stung. The government needs to make the public aware that these vehicles are out there, and they will have to pick up the bill, unless they have it checked first to confirm its DPF is still present,” he adds. For the motorists who want their DPF repaired or a new one fitted, it will not be a simple case of handing over the keys to the technician, as Peter explains:

“As vehicles fail their MOT for not having a DPF, motorists are going to be contacting their local independent to have one fitted, so it will pass the test. Most independents will be able to fit a new DPF, but they will not be able to re-install the original manufacturers’ software, so the car will probably have to go back to a main dealer at greater expense.

“How this is all going to be policed, I have no idea, as I think the internal removal will still go on and be difficult to detect.

What needs to be done, in my opinion, is for it to be made illegal for the removal and remapping of diesel vehicles. That way these sort of issues may be alleviated.”

WHAT SOLUTIONS ARE AVAILABLE TO YOU?

In addition to the clearly expensive option of replacing the DPF component outright (sometimes at a substantial cost to the customer), what other options does the garage have when it comes to resolving DPF issues? 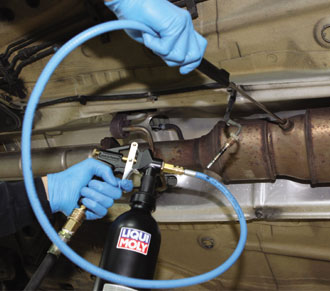 Because a new filter can cost thousands, companies that offer a manual cleaning solution can be an attractive option for some garages. Liqui Moly is a good example of this, offering an auxiliary service that allows technicians an economical alternative to replacing clogged DPFs without having to remove the filter.

Instead, the pressure or temperature sensor in the exhaust system is removed and a probe is then inserted through the opening before a cleaning fluid is sprayed directly into the filter. The ingredients dissolve the encrusted soot and this process is then followed by the spraying of a special purging agent. The fluid then distributes the dissolved soot in the filter to facilitate burning it out later. 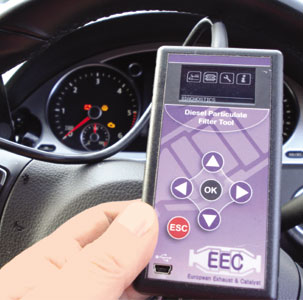 Many modern diagnostic scan tools will now feature functionality that allows the technician to perform a ‘forced’ regeneration on the vehicle. Basically, this simulates the conditions under which a diesel vehicle needs to be driven in order to clean the DPF during every day driving, and has proved a particularly useful way of overcoming issues.

European Exhausts & Catalysts (EEC) has even produced a standalone diagnostic tool (the DPF Reset tool), specifically designed to regenerate filters, read DPF-related fault codes and reset any warning lights. Because the tool only features DPF diagnostic capability, it can prove a more cost-effective alternative to the outright purchase of a new ‘all singing-all dancing’ scan tool. 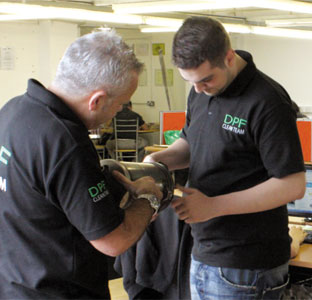 If you’re having trouble with overcoming DPF issues in-house then there are outside services available that could help.

DPF Clean Team, based in Leicestershire, is one such alternative. Offering a full component clean using specially developed ultrasonic deep clean technology, the company can check whether the process has worked effectively by testing the airflow to the filter before and after cleaning.