Electronic stability control creates a safer driving experience for your customers. But what is it and does it really slow cars down? ACtronics investigates.

When someone mentions the term ‘ESP’ most people immediately think about braking and safety. They’re right to think that way, because the system is designed to keep the car under control when understeer or oversteer occurs. But this could be a problem for spirited drivers or those who like to take their vehicles on the occasional trackday, because it just isn’t possible to take a car to its limit. The system will intervene way before it starts to become fun. So, ordinarily ESP actually makes a car slower around the track. We always immediately press that ‘ESP off’ button before entering the track, don’t you?

But what if we tell you ESP could actually make a car faster? We know this statement doesn’t make any sense without some explanation, so here we go:

What makes a car go fast? The first thing that comes to mind is obviously power, but that only makes you go fast in a straight line. Stopping power and grip are just as important for going around the track quickly. That’s why cars like a Lupo GTI, an old Miata and a low-powered Lotus Elise all made it around the Nürburgring in just over eight minutes. They were faster than a stock 305 bhp Ford Focus RS. The speed advantage was all down to weight, stopping power and grip. We probably won’t have to tell you a set of slick tyres and a decent suspension system will help you out a lot. But what if drivers want to go even further, making advantage of the tech that’s already in their car? 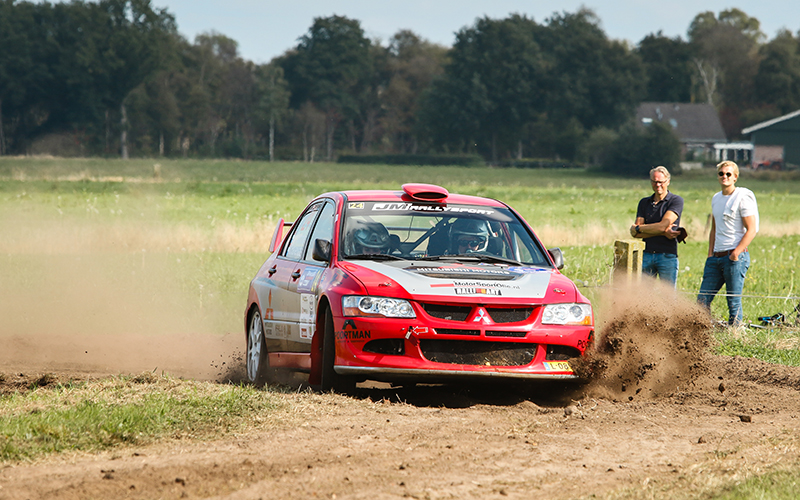 Back in 2006 Mitsubishi rally cars (Lancer Evolution) were some of the earliest to use the new technology of torque vectoring. This has been described thus:

In plain English, this concept was all about taking advantage of the basic principles of a standard differential. A torque vectoring differential performs basic differential tasks while also transmitting torque independently between wheels. This torque transferring ability improves handling and traction in almost any situation. That’s mainly because each wheel will always receive the optimum amount of torque to guide the car in the desired direction. However, you’ll need a 4WD system to begin with and the concept is both complex and expensive.

So, in search of a less complex and less expensive way to apply torque vectoring, car manufacturers started to look at ESP. Almost all modern cars have ESP and it just requires some clever software tweaks to let the system work in your advantage, so why not? Of course, ESP can only decrease torque so there will always be a bit of loss, but controlling the amount of torque on each wheel can actually let the car turn faster around a corner. Just look at it as ESP, but the kind of ESP that will let you play at the edge of grip and will only slightly slow down one wheel in case of understeer or oversteer. You can’t do that with your right foot, now can you?

So yes: ESP can actually make your car faster. If your car is equipped with torque vectoring software that’s designed for fast driving, faster lap times will be possible. If you have such a car, just give it a shot and keep the ESP activated next time you’ll fly around the track. Oh, and it might be beneficial for your tyre life as well.

As real tech nerds over here at Actronics, we are always really curious about how exactly systems like ESP function; when speed and performance comes into play, that’s where it really gets interesting. Of course, we’ll never fiddle with software parameters, but investigating these details helps us properly understand all components of the ESP system. We can assure you that our repairs on ESP systems are the highest quality because we know what we’re doing. Our advice when it comes to braking systems: Leave it to the experts – it’s a safety feature after all.

0 0
Previous : Pimp My Ride returns with six-part series
Next : Eurorepar to host free webinar for garages