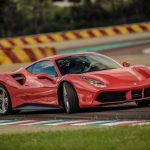 Jonathan Sampson of Automate, looks at the controversy surrounding the introduction of the turbocharger into the modern day vehicle and considers the tussle between personality and performance.

This is an age where regulations are draconian and emissions tests are tough. We expect a lot from the engineers who design and build our cars – after all, we are the generation that wants everything for free and nothing if it’s not right here, right now. So of course we demand cars that meet the toughest fuel economy standards, but only if they’re faster, quieter, smoother and better to drive as well.

So in light of these faintly ridiculous demands, a turbocharger is seemingly the answer to the engineer’s prayers. On all mathematical and calculable levels, they’re borderline miraculous – able to extract more power and more torque out of smaller, less wasteful motors. In other words, they’re chocolate cake that makes you thin.

That, of course, is why we’re living in what has become the Turbonic era of the motor car. ‘Downsizing’ is still the buzzword of our time – so these days you can forget about high capacity, high-revs and natural aspiration; it’s all about high-torque, tiny capacity and maximum fuel-sipping credentials. 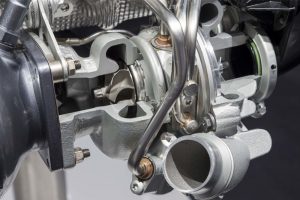 Need proof? Try buying a BMW without a turbocharged engine. Good luck, because every single car the company makes has at least one small snail strapped to it – remarkable when you remember that only 15 years ago, BMW was the king of unaided induction. And speaking of the king, that purists’ icon (the Porsche 911) hasn’t escaped the winds of the turbo revolution either. So unless you can stretch your budget into the GT3/RS stratosphere, your new 911 will be turbocharged.

And that’s great – these cars are all more powerful, torquier, faster, and yet more efficient than their non-turbocharged forebears. Except, turbos have always had a bit of a personality problem. They may be theoretically brilliant, but for as long as we’ve had these veritable hairdryers, we’ve had people who say they sound awful, feel laggy and generally spoil all the pleasurable vibes that a good engine has to give. In short, they’re just not that ‘nice.’

But here, today, in 2017, I’m pleased to say that this really isn’t the case anymore. The state of the turbo, as it turns out, is rather good. So how have they managed it? How has the global car industry tamed the turbo?

When Ferrari announced that the replacement for its sublime 458 supercar would feature a turbocharged engine, it’s fair to say that there was a bit of a…reaction. Italian schoolchildren were kept indoors, farmers in Modena sacrificed their cows and the Pope declared three days of national mourning. I may be making this up.

But in all seriousness, there was a genuine concern that forced induction would ruin one of the world’s all-time great cars. After all, the 458’s flat-plane, 562hp V8 was a very, very special piece of kit, fit to burst with lungs that sang louder than Pavarotti, and dare I say it, more tunefully too. Yet Ferrari engineers had little choice, because in this day and age, downsizing is a mandate and efficiency is an expectation, not an option – even if most of your customers are more Playboy and less National Geographic. Ironically, though, moving to turbos

wasn’t just about the efficiency game. With their rivals from McLaren and Porsche pumping out increasingly-powerful turbo engines, Ferrari knew that natural aspiration would no longer cut it in this modern horsepower war of attrition. So in came a 3.9L, twin-turbocharged, quad-cam V8 that produced 99hp more than the old 458, which wasn’t exactly slow to begin with. More impressive, though, is how hard Ferrari worked to make this 661hp monster feel and sound as ‘un-turbocharged’ as could be.

Lag was enemy 001 for Ferrari’s engineers, so they weaved some seriously clever witchcraft with the twin-turbo’s intake manifold and exhaust design to create the shortest and most unobstructed path for the compressed air’s journey from wastegate to re- ignition. What’s more, not only do those twin- IHI turbos use a twin-scroll design (meaning they each have two inlets and two outlets for faster response) but they also use new, high- performance seals and bearings to prevent pressure loss. And because Ferrari’s engineers were concerned that this torquier motor wouldn’t encourage the driver to really wind it out to the 8000rpm fuel-cut-off, they actually limit the torque electronically in the lower gears to maintain that rev-hungry attitude that characterises all the great Ferraris. 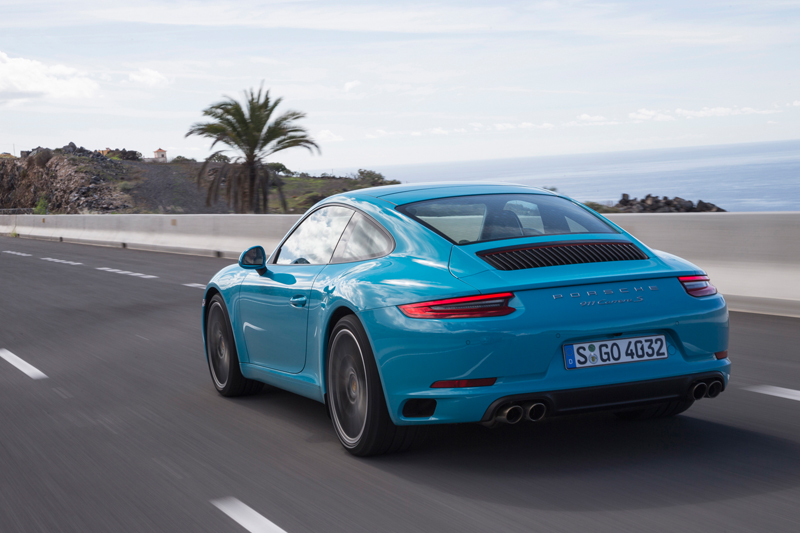 If Ferrari’s band of loyal ‘Tifosi’ are devout, then ‘Porschephiles’ are perhaps even more obsessive. Still, that hasn’t stopped Porsche from slaying one of its most sacred cows, by fitting the entry-level Carrera and Carrera S versions of its evergreen 911 with a turbocharged flat-six for 2017, as the company faces increasing pressure to meet average fuel-economy standards across its entire model range.

But we need worry not, because although the purists will lament the loss of the howling Carrera nat-asp flat-six, it’s worth noting that Porsche has more experience with turbos than almost any other company. After all, the sledgehammer 911 Turbo has been around for more than 40 years, although it was clear that adding twin-snails to the Carrera would be a rather more delicate operation.

There’s some seriously clever thinking that’s gone into making this new 3.0L feel truly linear. If you’ve dropped a few thousand pounds on the optional Sport Chrono Pack and you’ve engaged Sport or Sport Plus mode, the ECU will tweak the camshaft phasing and retard the ignition timing to allow more exhaust gas to blow over the turbines before the boost is called for. Additionally, a vacuum-operated waste-gate helps keep the fixed-vane, mono-scroll unit on the boil all the time. Think of it as a kind of anti-lag system for the road, and the net result is almost no turbo lag.

Somewhat ingeniously, Porsche has also employed some rather simple technology to reduce the muting effects of the turbos on that characteristic flat-six ‘yowl’. By running two tubes directly from the manifold to a diaphragm mounted in the bulk-head, engineers have been able to channel some of the engines better noises and amplify them for the driver’s pleasure.

So, I say to you, members of the anti- turbo crusade, put down your pitchforks and listen, because the automotive industry has answered your calls and heard your prayers. The Turbonic Age is upon us, and thanks to some clever, clever engineering, it’s now OK to love the snail.