Steve Umney, HELLA’s Electronics Product & Brand Manager, looks at the role of battery/power management in vehicles, using the current model types of the series Audi A6/A8 as an example.

Battery management systems are the brains behind batteries. They manage the output, charging and discharging, and provide notifications on the status of the battery. They also provide critical safeguards to protect the batteries from damage.

Despite improved quality and performance, one of the most frequent causes of vehicle breakdowns is still the vehicle battery. For this reason, battery monitoring and diagnosis is becoming more and more important. Taking control of this task is the vehicle’s power management system, which continually compares the power required with the total power available, made up of alternator power and battery capacity.

The main objective is to monitor the battery’s state of charge and to control the vehicle’s power consumers (such as infotainment, navigation, climate and heating systems, and telephone etc.) by means of the CANbus system (Controller Area Network), or even switch them off, if necessary. This prevents excessive battery discharge and guarantees vehicle start-up at all times. 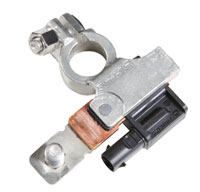 There are certain parameters that are important in order to be precise about the battery state, including battery temperature, battery current and battery voltage. These parameters are used to determine the battery’s SoC (State of Charge) and SoH (State of Health).

The control unit is the most important component for battery management. For example, in the Audi A6/A8 estate model the control unit continually checks the battery’s state of charge (SoC) and start-up ability.

When the engine is running, it regulates alternator voltage and can increase the idling speed in the event of increased power requirements during idling. Even when the engine is not running, the control unit can switch consumers off (such as infotainment) via the CAN-bus system in order to limit the current draw on the battery.

With the engine switched off (function 2)
When the vehicle is at a standstill, the current has to be reduced to such an extent that the engine can still be started up, even after a longer standstill. If the battery’s state of charge drops, the power management control unit sends a switch-off request to the various control units. The hierarchy according to what’s switched off is stored in the respective control unit.

In the Audi A6/A8, there are six shut-down stages. The switch-off stage increases as the state of charge diminishes. For example, Stage 1 includes washer fluid heater, and in Stage 6 everything but vehicle access is switched off to ensure that it’s still just possible to start the vehicle. As soon as the engine is started up, all the switch-off stages are cancelled. 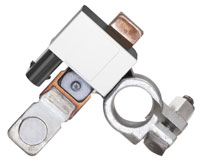 This is activated when the engine is running. It ensures that the power generated by the alternator is distributed to the individual systems according to their requirements and that there is always sufficient charge current available for the battery. The battery manager and the dynamic management work together in a powerful partnership that regulates battery voltage.

Other functions of dynamic management include load shedding during acceleration, for example, to reduce the alternator’s power consumption and thus the engine load; regulation of high-power heating systems, and an increase in idling speed to generate best possible battery charge to supply the power network.

Strong support
A global supplier in automotive electronics, HELLA is a market leader in battery management systems for 12V lead-acid battery sensors and has an all new battery range for the independent aftermarket. 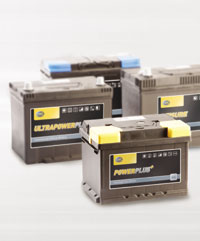 IT’S IN THE CAN
CAN stands for Controller Area Network. A CAN-bus facilitates data exchange in all directions between several control units. It can be compared to a normal bus: just as a bus transports lots of people, the data bus transports large amounts of information. Without a data bus all the information has to be guided to the control unit via a number of cables. This means a cable would exist for each piece of information. With the data bus, the number of cables is significantly reduced. All the information is exchanged via a maximum of two cables between the control units.

0 0 0
Previous : Oil blender helps to raise £12,000 for Air Ambulance Services
Next : IAAF announce next round of breakfast network meetings