In the latest rendition of The DPF Doctor’s Surgery, PMM welcomes a new contributor, Barry Lawson, who takes us through his process for diagnosing and curing a long-suffering Ford Kuga.

Issue: Engine malfunction message on display and lack of power

At Ewan Lawson Motors, we’ve been actively involved in the DPF Doctor Network for three years now. We take great pride in solving a wide range of problems for our customers, so that they can get back on the road as quickly as possible.

One case that we encountered recently at our garage in Falkirk, Stirlingshire, was a 2010 Ford Kuga with 60,000 miles on the clock that had chronic DPF issues.

The customer informed us that he had been having DPF problems for over a year, and went on to describe how the engine malfunction message was appearing on the display and the car was lacking power.

The first stage in finding a solution is always gathering information, and this starts with a conversation with the customer. We found out that the car is predominantly used by the customer’s wife for her daily eight-mile round trip to work.

Additionally, the customer will take the car on a 300 mile trip once a month, when he makes his way down south for business. Before these trips, he usually fills the tank, but it often runs at below a quarter of a tank.

We also discovered that the car had previously had a new pressure sensor fitted, with the customer telling us that it was “OK for a few weeks”.

From our point of view, these conditions would be likely to contribute to DPF problems, but it’s always best practice to look deeper, so we inspected the Per Clean Assessment to help pinpoint any other issues.

Using live data, we logged the running parameters for the DPF system, and during the road test we could see that the replaced pressure sensor was dropping out. After bringing the vehicle back to the workshop, we carried out some tests on the pressure sensor and quickly reached the conclusion that the sensor was faulty.

But, why had the sensor failed so soon after being replaced? Looking a little further into the DPF, we found extremely high back pressure at 2,500rpm, which is likely to have killed the new sensor.

During the assessment, we discovered two further faults that might have developed into more serious problems if left unaddressed. This just goes to show why getting to the root cause of the ongoing DPF problem is always money well spent.

Before we fitted a new genuine Ford sensor, we carried out a JLM Extreme Clean to remove the carbon deposits building up in the inlet manifold, and we also applied The DPF Doctor 3-stage to reduce the high back pressure in the DPF. 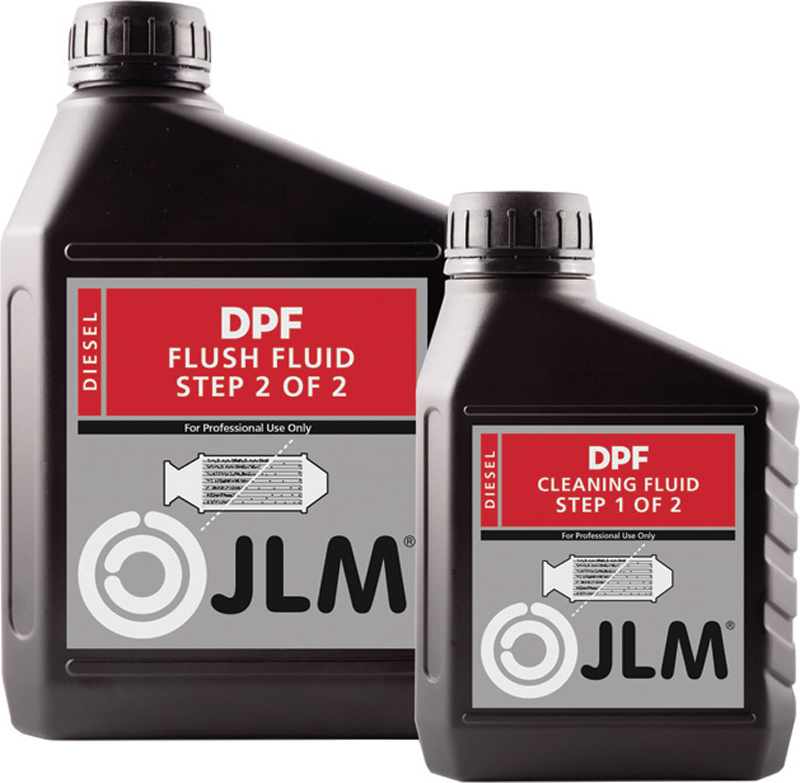 Once we were happy with the system, we fitted the sensor, which was then followed by an extended road test where we once again logged the running parameters. In this instance, we saw a regeneration of the DPF; proving that the system was now working correctly.

After all the technical stuff, the process finished just as it started: talking to the customer. Only this time, we were the ones offering useful information…on how to keep your DPF healthy!

The Falkirk-based garage has been associated with the DPF Doctor for three years, although the company has been open since 1983. Barry is a partner in the company, after Ewan, Barry’s father, started the business 36 years ago. It remains a family-run enterprise to this day.

The decision to join The DPF Doctor Network was made because more and more DPF problems were starting to arrive in the workshop. At the time, the garage didn’t have any means of cleaning these DPFs, and didn’t really possess a good understanding of how the system works, which meant the garage was losing out on business.

Since joining the network, things have changed, and now these jobs are dealt with in the workshop. Barry explained, “We have been all over the country with the network: training events, open days, and more besides. It has enabled us to meet many people within the industry, which, in turn, has helped us grow our business. Due to this success, we have recently employed a new technician in the workshop, and have even taken on another unit. I believe this is all down to the decision to join the network.”

To find out more about joining the DPF Doctor network, click here. For more information about the range of products available from JLM, click here.
Tags:DPFDPF Doctor NetworkTech Tips

0 0
Previous : Diagnostics: reaping what you sow
Next : Best Practice: Remember the resistor