‘To flush or not to flush’ is a conundrum that no doubt has faced the majority of workshop technicians. Having carried out extensive research into deposit control and identifying that a quality oil flush is essential to restoring performance – and protecting DPFs – the answer, according to BG Products, is a resounding ‘yes’.

Furthermore, this research has been supported by DPF manufacturer’s own findings. Let’s start by looking at the challenges that a DPF has in maintaining functionality: OEM’s, under pressure from fleet operators, are requiring longer service intervals. This, in turn, is creating a need for longer oil change intervals, putting extra demands on the oil.

Oil has to deal with heat, pressure, moisture, fuel and soot. It will circulate freely in most parts of the engine; however, there is a tendency for the oil to get behind the piston ring, meaning that this oil is no longer flowing in the normal way – instead it’s actually slowly cooking! 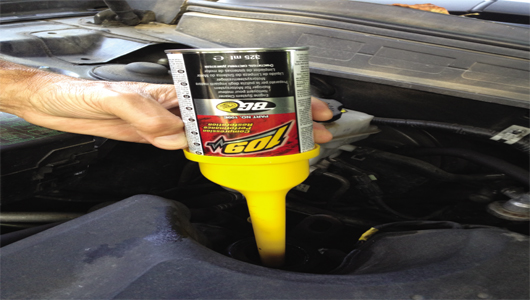 In this circumstance, if that oil is not removed it will gradually change from liquid, then to sludge and, finally, to a hard carbon. This interferes with the ability of the rings to flex and centre, as the piston moves up and down, affecting both compression and the gasket between the combustion chamber and crankcase. ‘So what?’ you may ask. Well, if the function of the piston ring is compromised a vicious circle will inevitably begin.

Evaporated oil combusts – or part combusts – resulting in oil residue and ash deposited into the DPF. This is shortening the DPF life, as the DPF can’t incinerate ash. Studies show that in as little as 30,000m, 50% of a DPF’s loading is ash – from combusted oil – and so the life of the DPF is compromised dramatically by ash from the burnt oil.

The mechanics that fall into the ‘anti-flush’ camp have, in our experience, often voiced fears about ‘carbon was forming a seal that, if removed, meant that the engine would suffer a major loss of compression’. However, we would argue that this is not well founded. There may be some truth to this theory, as there are occasions, such as old and neglected vehicles, where it may be sensible to avoid flushing for other reasons, for example, moving old compacted sludge that may interfere with an oil pick-up screen.

For modern engines, though, this is simply not the case. They have much tighter tolerances than the engines of 25 years ago, and they work better when all components – including injectors, valves, sensors and piston rings – are kept clean. After all, this is how they were designed to be!

Our conclusion to the ‘flushing’ question posed at the start of the article is actually simple: using a modern advanced flush, with ring clean technology, is critical to helping prolong DPF life in diesel vehicles. What’s more it can maintain and restore engine economy and performance in petrol or diesel vehicles.

BG’s own researcg has revealed impressive results on the life of a DPF after using BG109 Compression Restoration Flush to restore the ring function. Regeneration cycles were significantly reduced and, in one case, the number of miles needed to complete a regeneration dropped from 16 to 10.

Furthermore, the number of miles driven between DPF regneration cycles rose from 121 to 244, thus, halving the need for fuel consuming regenerations and having a very positive effect on MPG.

Tests on a 44,000m 2008 Ford car show major performance improvements. Compression average across the car’s cylinders increased by 2.8%, horsepower improved by an even-more-striking 78% and torque increased by 82%, following the BG109 treatment. The improvement was maintained well after the service too, with only a minor deterioration 5,000 miles later.

0 0
Previous : New MD announced at Hickleys
Next : Bosch: eClutch to save motorists time and money