Dayco discusses the latest additions to its belt range and how they demonstrate that it’s in the company’s nature to provide the aftermarket with useful solutions.

Among Dayco’s recent additions are its double-sided belt in oil (BIO) timing belt and the Dayco BSG 48V start/stop hybrid engine system. The original Dayco BIO, developed to supersede the previous chain driven high pressure fuel injection pump for the popular 1.8L Ford ‘Lynx’ engine in 2007, was an engineering triumph, according to the company. The technology has since evolved to include other belt types and its latest incarnation comes in the form of the double-sided BIO timing belt.

Besides reportedly being composed of a completely different formulation from anything else in the market, the belt is protected with a specially developed coating, making it capable of operating while submerged in oil. The teeth on both sides of the belt also allow for significant space saving within the drive system, as the components can be brought closer together due to the fact that the belt can drive them from either, or both sides, simultaneously. 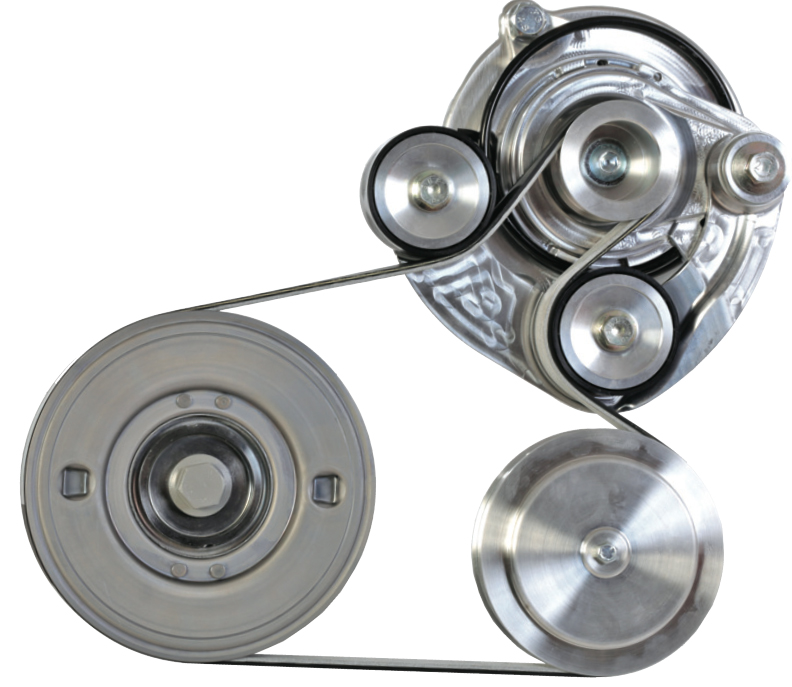 The growth in micro hybrids – vehicles fitted with a start/stop function – has led VMs to follow differing routes, with some opting for an uprated starter motor to cater for the greater number of engine starts these vehicles need, whereas others have chosen to use a starter/alternator driven by a belt to provide a faster, quieter engine start. The starter/alternator combines both a starter motor and an alternator into one component, which is able to switch between each function on demand.

In a particular project with a leading VM, the starter/alternator option was the chosen solution, meaning that the challenge for Dayco was to engineer an auxiliary belt system with the strength to start and restart the engine instantly when the vehicle needs to pull away that was no wider than a standard auxiliary belt.

This objective was extremely difficult to achieve as, with the increased stresses generated through the starter, it could have been plausible to use a belt twice as wide as normal. However, at the conclusion of the complex project, Dayco’s engineers had developed a belt of a traditional width, coupled with a tensioning system able to maintain the correct tension on the belt and allow power to be transmitted in either direction, whether starting the engine or driving the alternator. 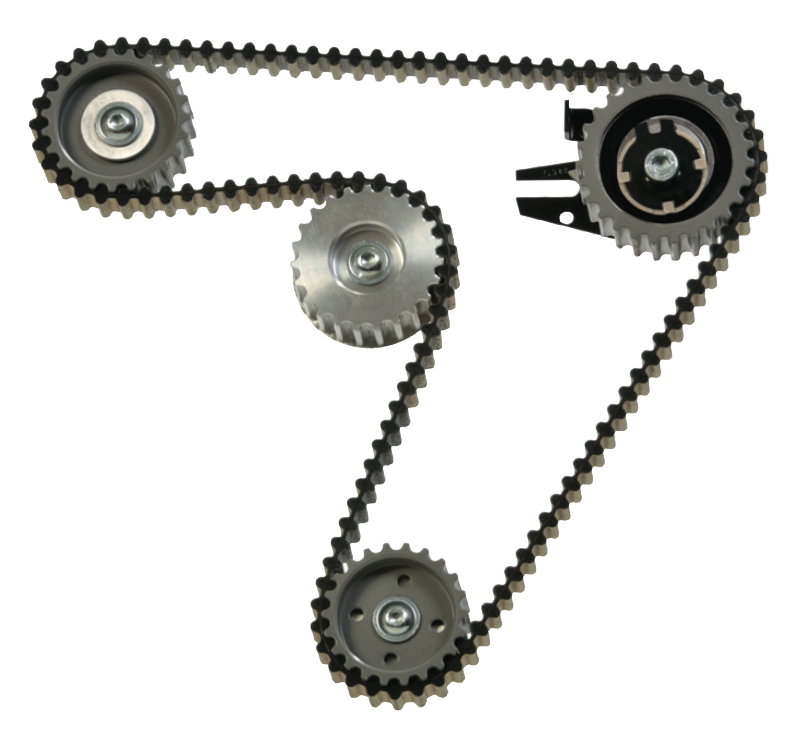 Central to the development of this self- balancing device is the rigid connection of its pulleys, which allows it to maintain the correct belt tension irrespective of the direction of the load. It is an excellent example of how challenging objectives can bring out the best from component manufacturers that need to work with VMs to find the best design solutions.

An associated development is the Dayco BSG (belt start generator) 48V, a start/stop hybrid engine system designed to enable alternator torque to be transmitted alternately, in different directions. The BSG is an unorthodox alternator system that, via the Poly- V belt, provides engine starting, braking energy regeneration and even acceleration or cruise control maintenance, through the alternator.

The belt for this system, which has a white, high-strength fabric coating, is designed to operate in winter temperatures of -40 ̊C and then immediately be subjected to 90 ̊C when the engine is running, because the oil within it heats up to 130 ̊C and effectively releases its heat through the components in its close proximity.

Some of these patented innovations are initially exclusive to the OE market. However, they are also just a small example of the company’s sector knowledge and demonstrate how developing solutions for the world’s VMs is in Dayco’s DNA.

0 0 0
Previous : How to Replace the Clutch on a Peugeot 206
Next : Resonance Noise Through Vehicle When Driving