This month, REPXPERT Alistair Mason replaces the clutch assembly on a 2013 Kia Ceed, which has covered more than 106,000 miles.

With a recommended repair time of three-and-a-half hours and all repair instructions available through Schaeffler’s information portal, REPXPERT, this is a great repair for any independent workshop. In terms of workshop equipment, the job will require the following: a two-post vehicle lift, engine support, transmission jack, clutch alignment tool and locking wheel bolt key.

With the vehicle placed on the lift, open the bonnet and remove the following items: top engine cover, air filter assembly, battery, engine control unit (Fig 1) and the battery carrier. 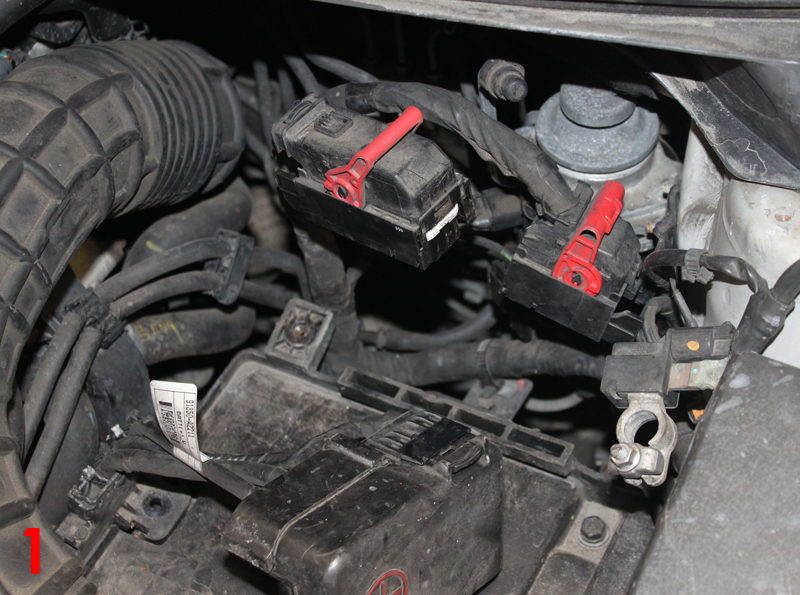 This provides easy access to the gearbox, and the following components can now be disconnected: gear cables and cable bracket, reverse light switch multiplug (Fig 2) and the flywheel sensor at the back of the bell housing. Then, remove the top bell housing bolts. 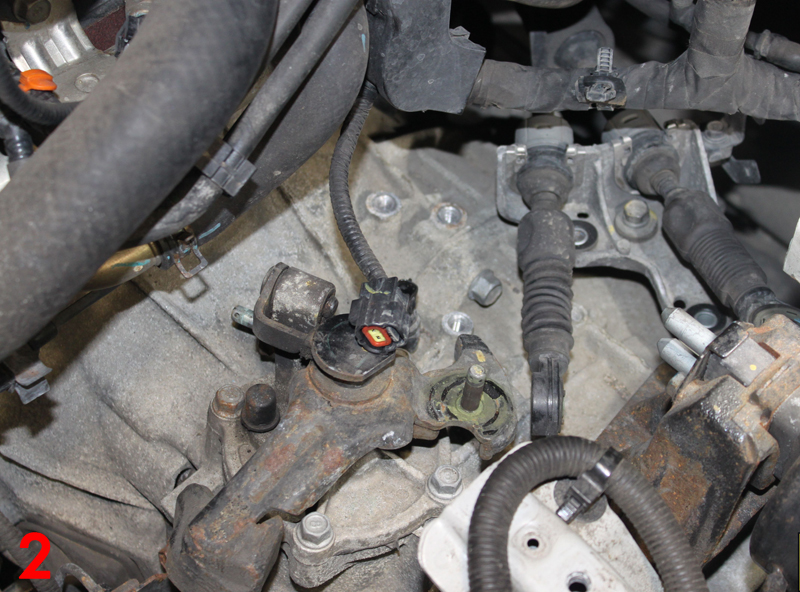 With the vehicle still placed on the ground, slacken the locking wheel bolts (if fitted) and front hub nuts and raise the ramp to waist height, then remove both the front wheels and hub nuts. With the front wheels removed, disconnect the retaining brackets for the front flexible brake pipes and the ABS sensors, and then undo the strut to hub assembly bolts. Finally, ease the hub assembly out, whilst supporting the CV joint so the joint slides out of the hub (Fig 3). 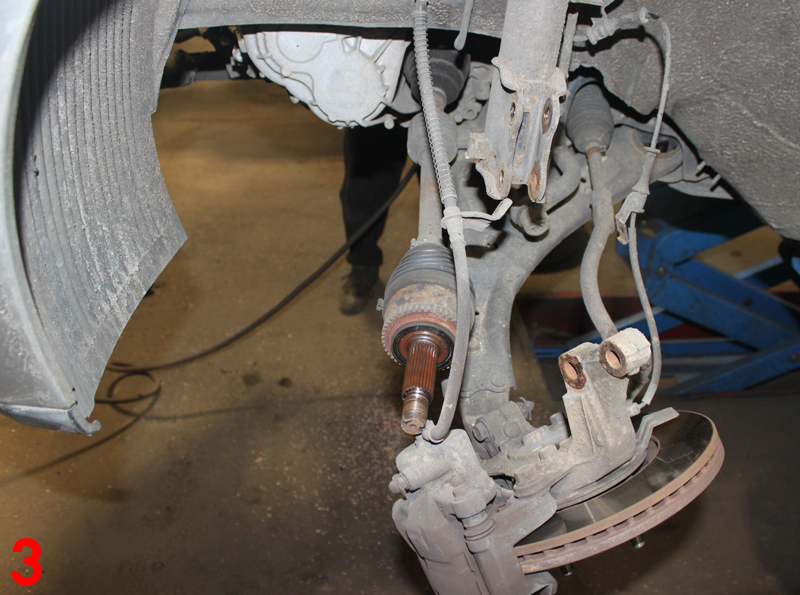 Raise the vehicle lift to gain access to the underside and remove the engine undertray and N/S splash guard before detaching the gearbox drain plug and draining the oil. Whilst draining, disconnect the lower intercooler hose (Fig 4), undo the retaining bolt from the metal intercooler pipe and ease the pipe away from the gearbox to gain access to the lower bell housing. 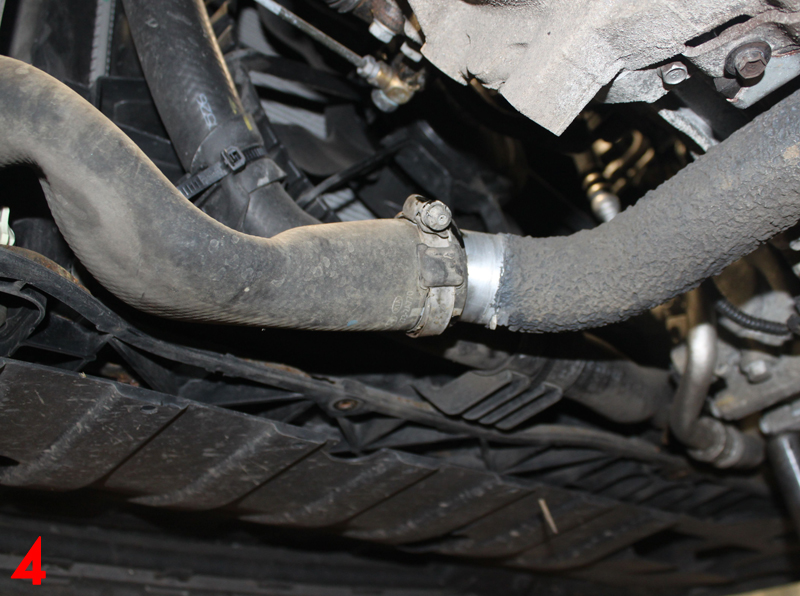 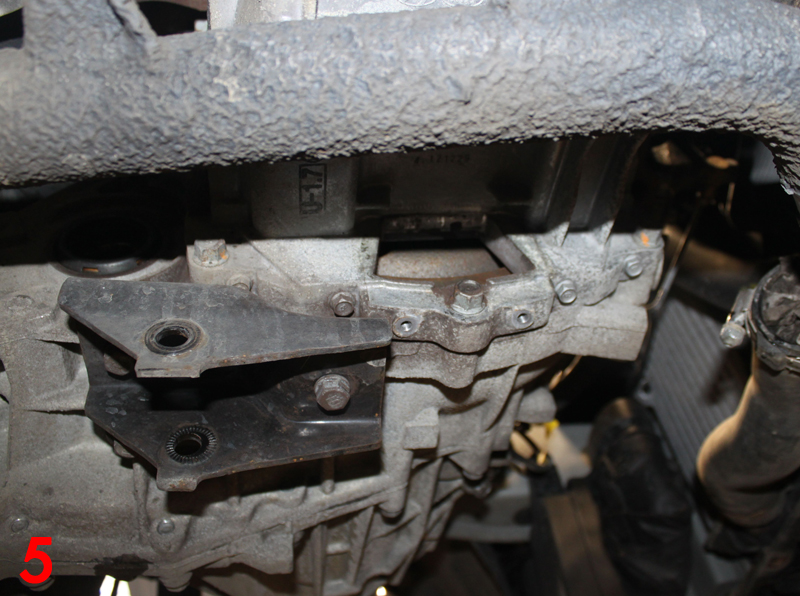 Refit the gearbox oil drain plug and torque to the manufacturer’s specification. Next, remove the lower gearbox pendulum mounting and then both driveshafts by levering out of the gearbox. It is advisable to slide a tube into the differential to support the internal gears and prevent them from falling.

Support the engine by either an engine support or second transmission jack, then disconnect the gearbox mounting, which is done by removing a blanking plate from the N/S inner wing and then removing the two bolts (Fig 6). 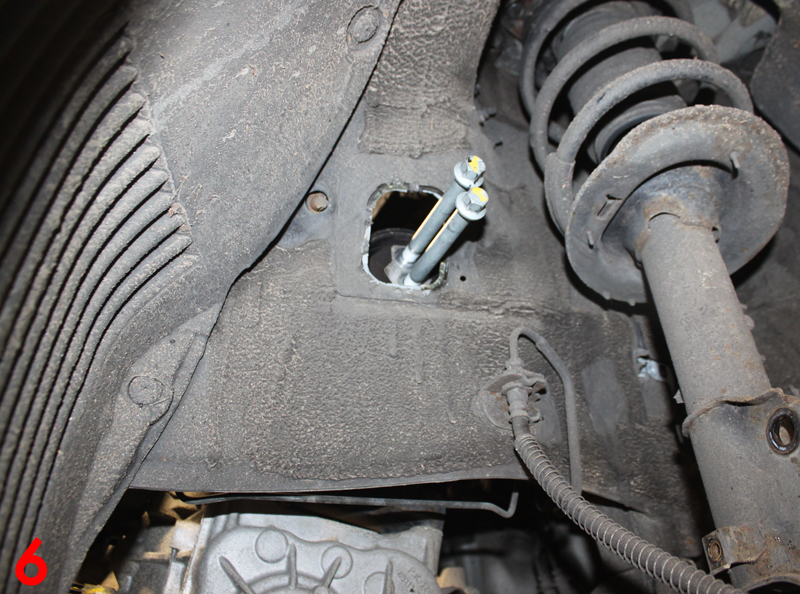 Undo the nine clutch retaining bolts and remove the clutch assembly. In this instance, the clutch plate was examined and found to be at the end of its service life, as the lining had worn flush with the retaining rivets. Inspect the flywheel for any heat cracks or damage; if satisfactory, remove the glaze from the face using Emory cloth. Check the back of the engine for any leaks that could contaminate the new clutch assembly.

Turning attention to the gearbox and the release system, remove the release bearing and then the fork. Clean the bell housing area with clutch and brake dust cleaner, before inspecting the ball pivot and clutch release fork for any wear, replacing if deterioration is found.

Lubricate the pivot points of the release system with high melting point grease, mount the release fork on the ball pivot and then fit the new release bearing (Fig 7). 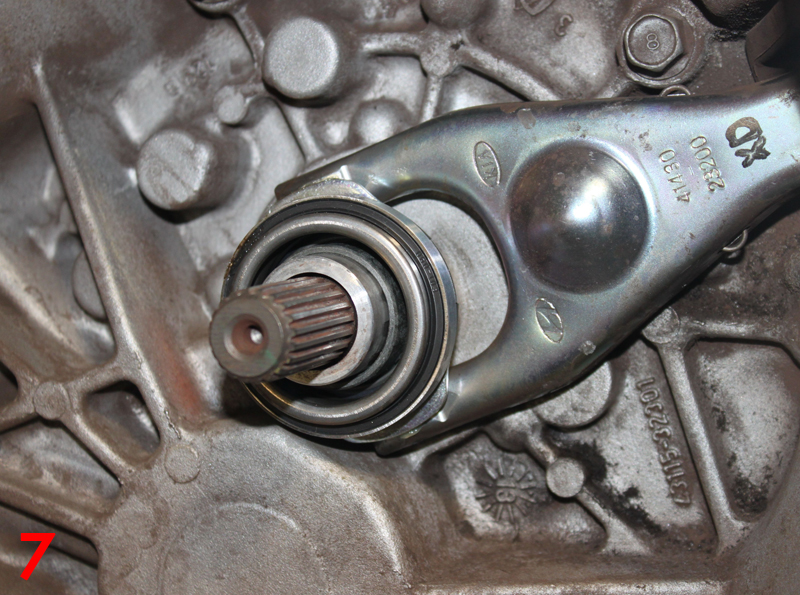 Apply a light smear of high melting point grease onto the gearbox input shaft splines, mount the new clutch plate onto them and slide up to the guide tube and then remove, which will evenly distribute the grease and confirm the clutch is correct for application, before wiping off any excess grease.

With the gearbox now ready to be installed, the new clutch needs to be fitted: use clutch and brake dust cleaner, de-grease the flywheel surface and the new clutch pressure plate, then ensure the clutch plate is positioned correctly indicated by ‘Gearbox Side’ – or ‘Getriebe Seite’ for those that can read German!

Using a clutch alignment tool, mount the new clutch onto the flywheel, tighten the bolts evenly and sequentially (Fig 8) and torque to the manufacturer’s specification. 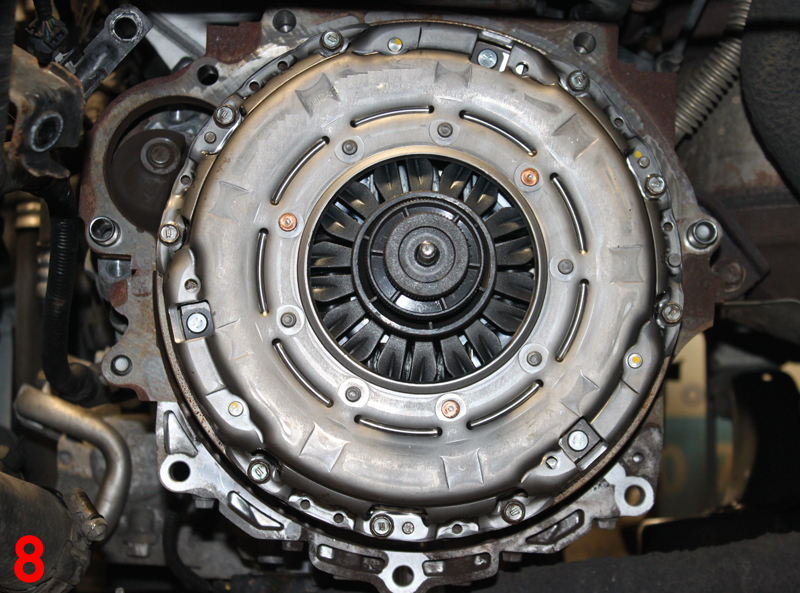 Before fitting the gearbox, ensure both alignment dowels are still inserted on the engine, and that all cables and brackets are clear and will not get caught in the bell housing.

Using a transmission jack, ease the gearbox into position and once located onto the alignment dowels, secure in position with two bell housing bolts.

Refit in reverse order of removal and refill the gearbox with the correct oil. After reconnecting the battery, reset all affected customer preferences. Always carry out a full road test to ensure a quality repair.

Information on Schaeffler products, fitting instructions, labour times and much more can be found on the REXPERT garage portal or the REXPERT app.
Tags:Clutch ClinicClutchesRepxpertSchaeffler