PMM ’s diagnostics expert Andy Horwat works out why a customer’s Ford was intermittently starting – but is that where it ends?

A lady phoned me up recently about her 1.6l petrol Ford Focus on a 57 plate. She explained the difficulties she’d been experiencing with cold starts in the morning, with the difficulty increasing throughout the day. When she brought the car around she mentioned that at times the car would not start at all: an intermittent start problem. She continued to explain that the car seemed to drive well once it started. I asked when the last time she had taken the car for a service was? She couldn’t recall after owning the car for five years. This gave me an idea of what I might be up against…

First step in my investigation, as always, was a test drive. My scan tool did not show any DTC trouble codes present – not the greatest of starts! I decided to leave it outside overnight and in the morning, to my surprise, it started first time (although it did require a longer crank time). In the workshop I take a closer look inside to find the car in a poor state: the oil like treacle; air filter clogged; split hose crank; and loose PCV valve. None could be explained but this would all need to be seen to before trying to solve the issue at hand. 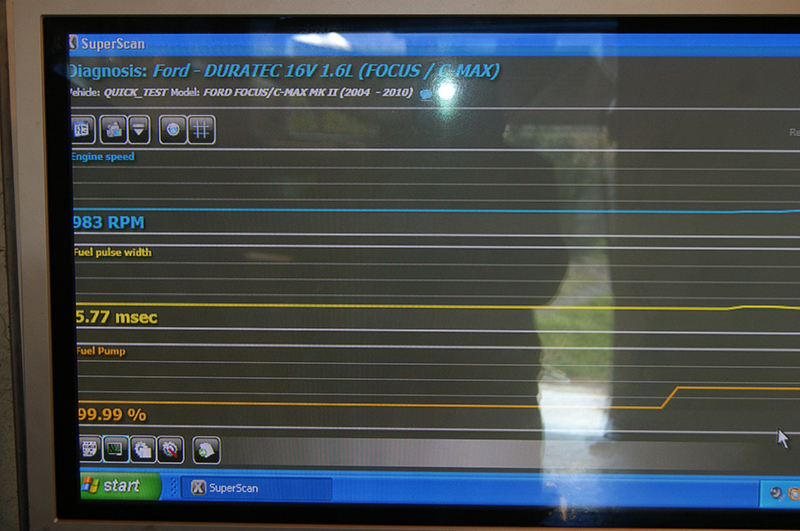 The engine was flushed, oil and filter changed, vacuum pipes replaced. I decided to carry out an emission check and complete another road test. I observed a definite improvement in performance but I had some doubts in the back of my mind. I kept the car for a while just to make sure and every time it started. Once my customer returned to collect her car, I pointed out that I had no issues starting it up but asked that she keep me updated with any other issues.

I didn’t have to wait too long as the next morning she called me to say that yet again her car had failed to start. She dropped her keys to me, and I went over to pick up the vehicle to take it back into the workshop for further investigation. Interestingly when I cranked the engine to collect it, the car started first pull! As she had acquired alternative transport it meant there may be a chance to have the car a few days in the hope it decided to act up.

A closer examination was necessary and I needed to consider a different approach. What was missing? Could it be the power dropping out? Was it a poor ground or relay? No fuel pressure? ECU? They were all possibilities, so I began to check the grounds using nonintrusive methods, a test light in the main ground, battery to chassis okay then removing the air filter box there are two ground points.

Taking a closer look, the heavier gauge wire tag looks completely corroded, checking that point with the test light it appeared to be a poor dim light, however with connection to the wire the test light is fully lit and I can see both ground points need to be repaired. Could this be the cause?

Next step – will it act up? I decided to connect my scan tool and one must consider what has to be in order, it must have spark, the ECU must command the fuel pump relay, 12 V supply, RPM signal, injector pulse width, fuel pressure all must be present. A spark tester was also connected with the scan tool and ignition on. I could hear the pump prime for two seconds and, as luck has it, I cranked the engine with no start. All of the above parameters were present including strong spark, three attempts were made with no start. 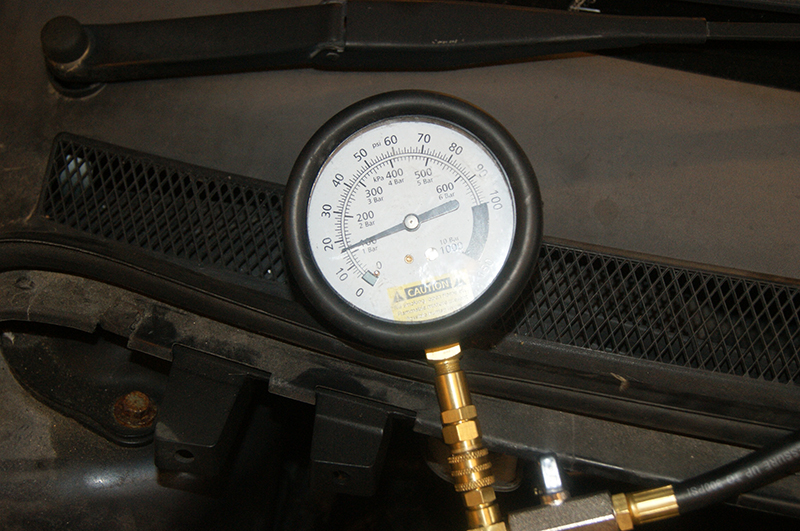 I finally had all the information I needed to put this matter beyond doubt. The ECU was commanding the fuel pump relay on, but it didn’t mean the pump was supplying adequate pressure. I say to all technicians out there, do not take a fuel pump prime for granted. In case of times like this you can use a scope and current clamp or connect an inline fuel pressure gauge because Ford doesn’t fit a fuel rail valve. I must cut the fuel supply line and make my connection to test – it’s an easy repair. My gauge connected the prime and it’s very low, a mix pressure around 10 pounds and when cranking it barely reached (and very slowly) 28 pound max – it is never going to start at such a low pressure! The fault then, must be a fuel pump failure.

I contacted my customer to inform her that a replacement fuel pump is required, at a cost of £200 and on this type of vehicle the fuel tank must be removed. Those of you who have done this job before will know exactly what I mean, so after many hours of work, we had a start-up time of two primes and with fuel pressure of 50 PSI the engine promptly started, I allowed the car to run and then restarted to ensure the job was done. My diagnosis was far from over however. Fuel pump failure is unusual as in most cases a lack of power is the most common fault. The findings from this investigation will be published in a later issue of PMM…

0 0
Previous : How to replace ball joint on a Ford Transit
Next : BookMyGarage launches EV function