The number of diesel vehicles in Europe has increased dramatically in recent years. As the latest Euro Emission Standard Regulations have come into force, there has never been a more crucial time to control and reduce the nitrogen oxide (NOx) emissions that these vehicles emit.

While all diesel vehicles are equipped with an Exhaust Gas Recirculation (EGR) system, it is important to ensure its performance is consistently monitored so the system is operating at its optimum capacity. Failure to do so will lead to an ineffective and costly air management system, which releases a greater volume of NOx emissions and can potentially damage the engine. New MOT changes in 2012 also means that any engine management lights which illuminate during a test – likely to be caused by a faulty emissions system – will now fail. 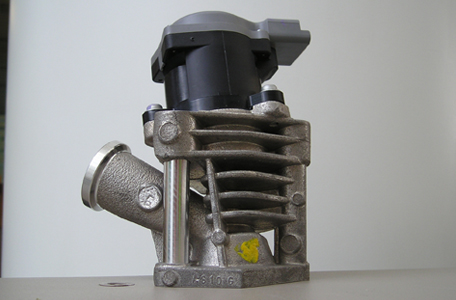 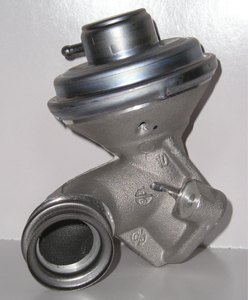 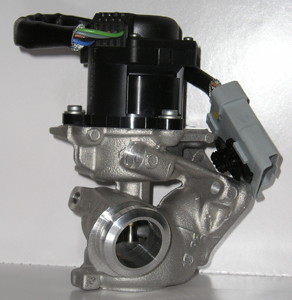 The EGR system operates by recirculating part of the engine’s exhaust gas back into the engine cylinders. For a diesel engine, the exhaust gas replaces some of the excess oxygen in the combustion chamber. The air/fuel mixture is diluted and peak combustion chamber temperatures and pressures are lowered. As a result, NOx emissions are reduced, creating a cleaner air environment. In fact, the emissions output can be reduced by as much as 50%, demonstrating the marked difference that an efficient EGR system can make.

System failure: common causes
One of the most common causes of system failure lies with the EGR valve. Located between the exhaust gas manifold and the intake manifold, the valve opens a    small passageway between these two manifolds to allow a measured amount of exhaust gas to flow back into the engine. This component can either be vacuum or electronically operated, with all modern vehicles generally being the latter.

The vacuum valve was introduced to diesel vehicles in 1993, controlled by an electro-pneumatic modulator which is run by the control unit, and can only be set in two positions: ‘on’ and ‘off’. This type of valve does not send any information to the control unit. The electric valve is slowly replacing the vacuum, comprising of a solenoid or electric motor which can be set in all positions between ‘on’ and ‘off’.

If this valve is not operating correctly or has failed, the flow of exhaust gas cannot be controlled and the formation of harmful NOx gases cannot be stopped. Engine performance and economy are compromised, and the longevity of the engine is limited too.

Symptoms
If the vehicle is suffering from symptoms of rough idling or hesitation when accelerating – where there will be a loss of power or sometimes even stalling – this is a result of an EGR valve being lodged open.

Generally, a faulty air management system will be obvious through poor engine performance, either poor acceleration, or the car surging while driving at a steady speed. There is also the potential issue that if the vehicle’s EGR valve is situated after the EGR cooler, an accumulation of soot can occur, causing the valve and the cooler to become less efficient. Exhaust gas consists of carbon and hydrocarbons, which forms the soot that can accumulate on the valve.

Valve development
Due to the new Euro 5 regulation, the latest development of Valeo’s EGR valves has become even more complex. Emission regulations are different for diesel and petrol vehicles, but for diesel the maximum amount of NOx gases allowed is 0.23g/km.

`Applicable on all new models from September 2009 and all new vehicles in January 2011, Valeo’s range of valves now feature an integrated compact cooler to improve cooling efficiency and a bypass which allows the engine to quickly reach optimum temperature. As a result, the EGR valve and cooler are sold together, combined as a module.

Testing and inspection
It is recommended that the vehicle’s air management and emission controls are inspected and tested approximately every 12,000 to 15,000 miles for proper operation. To check an electronic EGR valve, the system will need to be tested via diagnostic equipment to ensure operation is within tolerances. On mechanical EGR valves, testing will need to be undertaken with emissions testing equipment. If the results are outside of the manufacturer’s parameters, and there are no other faults with other parts of the system, the EGR will need to be replaced. If the valve has failed completely then it will need replacing as a matter of urgency. 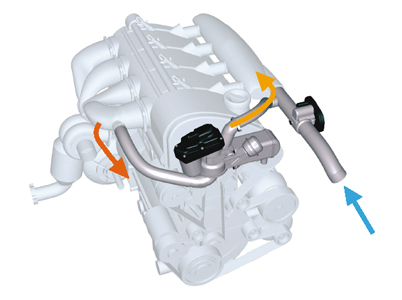 An illustration of the EGR system

0 0
Previous : Back pressure complaint – 4 gas analysis
Next : What killed the Cat?