Do you know your DTCs? If not, you may be surprised to hear that truly understanding a DTC can help you deal with the fault it is representing. Autodata elaborates…

A diagnostic trouble code, better known by its acronym DTC, is used by automotive technicians to identify problems associated with a vehicle, making it less of a guessing game to isolate the fault. Through computerisation and improved vehicle technology, as soon as a fault is detected, DTCs are stored in the memory of an on-board module and if the fault is critical or emission related, the malfunction indicator lamp (MIL) is illuminated.

With the aid of diagnostic equipment connected to the 16-pin data link connector (DLC), a technician can extract DTC information as well as observe real-time statistics, such as engine and vehicle speed.

These DTCs, generated by the on-board modules, can provide vital information when pinpointing the fault. However, to fully diagnose the problem with a vehicle, knowledge of how the DTC is constructed can assist in localising where and what issues exist.

What is a DTC?

The regulatory bodies responsible for approving and standardising DTCs throughout the motor industry are the society of automotive engineers (SAE) and the International Organisation for Standardisation, more commonly referred to as ISO.

Since late 1995, both bodies have been working closely with vehicle manufacturers to put in place standards and protocols applicable to on-board diagnostics (OBD). With the introduction of OBD-II in 1996, all occurrences of the standard DTC configuration begin with a letter. So, by partitioning the vehicle into four groups (B-Body, C-Chassis, PPowertrain, U-User network), a letter is assigned to denote which of the four groups the DTC is referring to. For instance, a DTC of P0117 shows the powertrain group of the vehicle was interrogated to acquire the DTC. 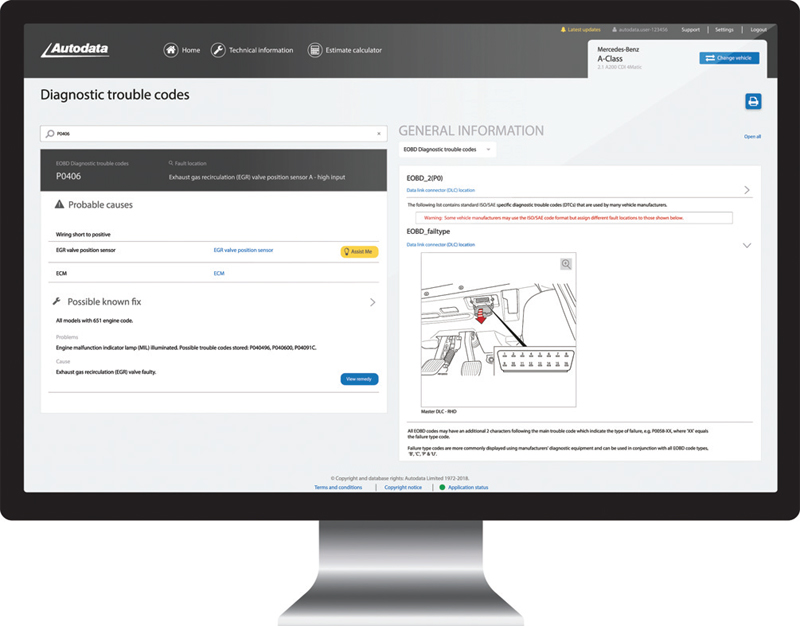 Once the group to inspect has become obvious, the DTC second character, identifiable by either a 0, 1, 2 or 3, will reveal whether it is a manufacturer controlled or SAE/ISO controlled DTC.

SAE and ISO DTCs are universal, therefore, they are adopted by most manufacturers that follow the OBD-II agreement. Simultaneously, because some vehicles contain system differences in design and strategy, provisions are in place allowing manufacturers to use additional DTCs when a SAE/ISO controlled DTC is not suitable.

Based on the earlier example P0117 DTC (see table right), it is apparent that the fault stems from the powertrain and that it is a SAE/ISO controlled DTC. Further exploration into the third character of the DTC will show which area requires inspection. By dividing the vehicle systems into categories and numbering them 0-9, it is evident that the components monitored by the engine management system (in this case, the engine coolant temperature sensor) requires investigation if P0117 is put into practice.

Finally, the DTC’s fourth and fifth characters will uncover the remaining information of the fault composition. There are numerous variables of these, and they can represent the number of a cylinder or bank if the fault is intermittent or permanent, low or high input signal, or even short or open circuit. Using the same DTC of P0117, the fourth and fifth characters suggest a low input, and if all the previous information is consolidated, this shows the fault is situated in the powertrain; it is a SAE/ISO controlled DTC stored in the engine management system with a low input signal from the engine coolant temperature sensor.

To further facilitate in the fault-finding process, the conventional 5-character DTC could have another two characters at the end. These extra two characters are available with multiple possibilities to indicate the failure type. Consequently, a DTC of P0117 with an additional 07 implies a mechanical failure. 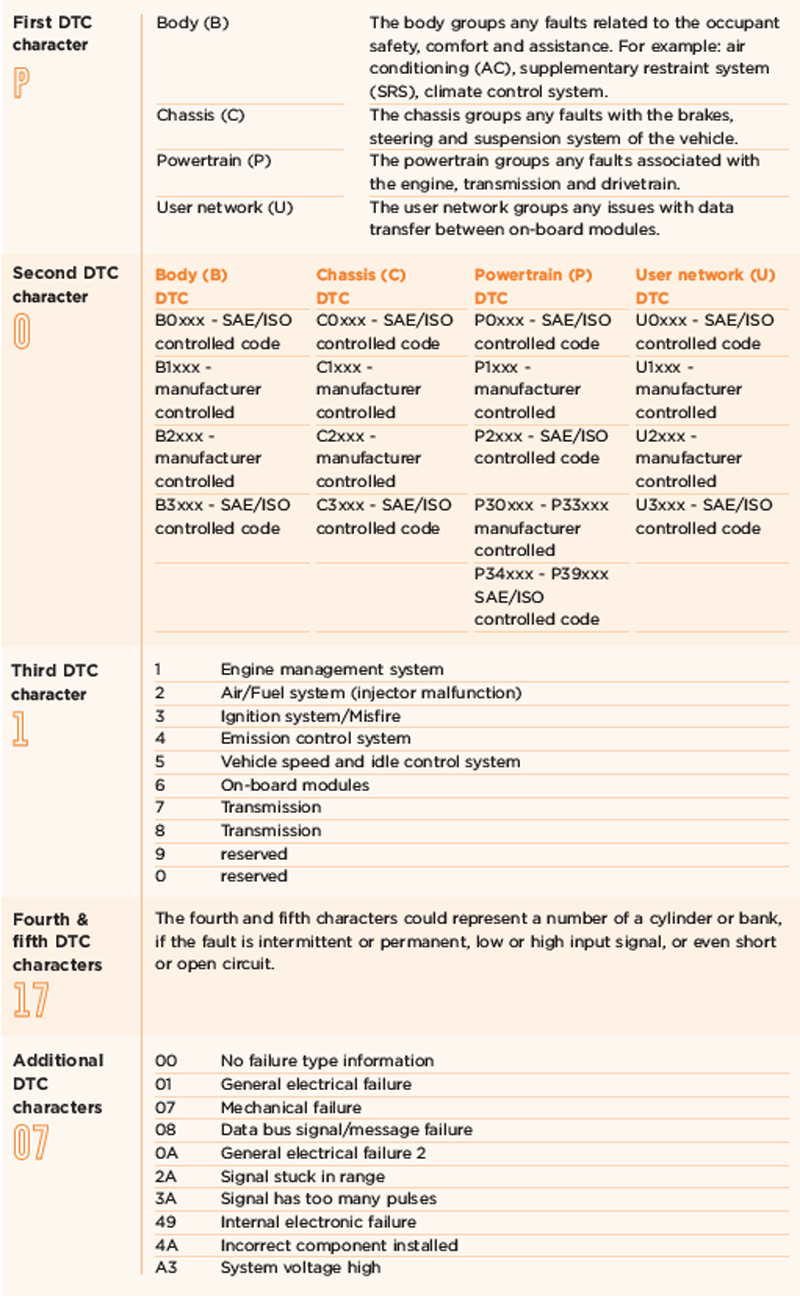 Improved knowledge in how the DTC is constructed can give the technician a better understanding of how to deal with the fault on the vehicle.

Only a starting point

With any diagnosis, components should not be replaced based on DTC references alone. The vehicle wiring diagram should be consulted and surrounding components must be considered before any part is replaced.

The most important thing to remember is that DTCs are not the answer to the problem; they are merely a starting point to finding the problem. Autodata’s built-in DTC module allows users to quickly search thousands of codes and return OE results, as well as additional common issues and fixes related to those codes. This is further enriched by the DTCs being constantly expanded from the generic SAE/ISO DTC definitions to the manufacturer specific DTC definitions – continuing to give workshops useful and accurate information.

To find out more about Autodata, click here.
Tags:AutodataDiagnosticsDTCEngine Management