Electronic components remanufacturer ACTronics shines some light on transmission control units and some common problems to look out for.

Transmission control units really aren’t that hard to work with. You might think we are on thin ice with that statement, but we are sure readers of PMM already have plenty of gearbox knowledge and are more than capable of systematic thinking. That’s all it really takes.

As you already know, gearboxes come in all shapes and forms, so it’s important to keep in mind TCUs can and will be used to automate all these different types. Let’s take a closer look at some common transmission types themselves – how they operate and what are some likely causes behind failures.

This is arguably the easiest kind of automated gearbox to implement afterwards. Simply put, the manufacturer has taken an existing manual gearbox with clutch plate and bolted on two electric motors, a hydraulic clutch actuator, an electric gear lever and a computer to operate it. Fiat, Ford, Honda, Mazda, Vauxhall and many more manufacturers use this kind of system. You’ll usually find it in small, cheap cars. 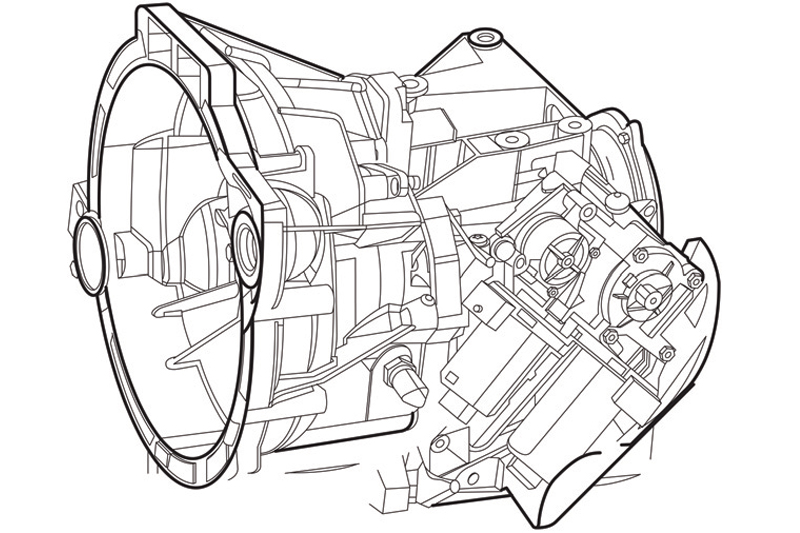 If any problems occur, just try to figure out whether the problem is really related to this bolt-on system or whether it’s a ‘normal’ gearbox failure, like a worn clutch plate or some structural damage (metal flakes in gearbox oil, for instance). If not, it’s easy to test the electric motors yourself in most cases: just apply 12V and ground to test them. Does it seem like either the computer or the gear lever has failed? Just remove it and test/repair it with a specialist.

A dual clutch gearbox might look a lot like a robotised manual, but there are some major differences. However, if you think of it as a new sophisticated version of the robotised manual, you’re half way there. We’ve written a complete technical guide for these systems, so it’s just not feasible to give you a full overview in a few short sentences, but we’ll try to give you some basic understanding.

A dual clutch gearbox is a smart way to fit two separate manual gearboxes in one casing. Clutch One operates gears 1, 3 and 5 (sometimes 7 as well), while clutch two operates gears 2, 4 and 6 (usually Reverse as well). It uses a hollow centre axle so both clutches will fit in line and can be operated by a single actuator. You can imagine the gear changes will be extremely fast this way.

All this technology needs sensors and actuators in order to operate. That’s where the TCU comes into play. Briefly, the hydraulic part has valves to operate the gearbox, while the electronic part has sensors to monitor and calculate the gear changes.

We’re cutting some corners here, but basically troubleshooting looks a lot like a robotised manual – search for mechanical trouble first. Are all mechanical bits in good shape and do the fault codes point towards valves or the control module (computer)? If so, the TCU probably needs repair. Removing the TCU isn’t typically hard, but be careful when putting it back: the valve stems all need to be in the right position.

A CVT has two pulleys that are connected by a metal tension belt and that’s basically it. The primary pulley is driven by the engine. The secondary pulley drives the driveshafts. Because each pulley consists of two conical parts that can move towards each other, the radius and therefore the output speed can be adjusted. 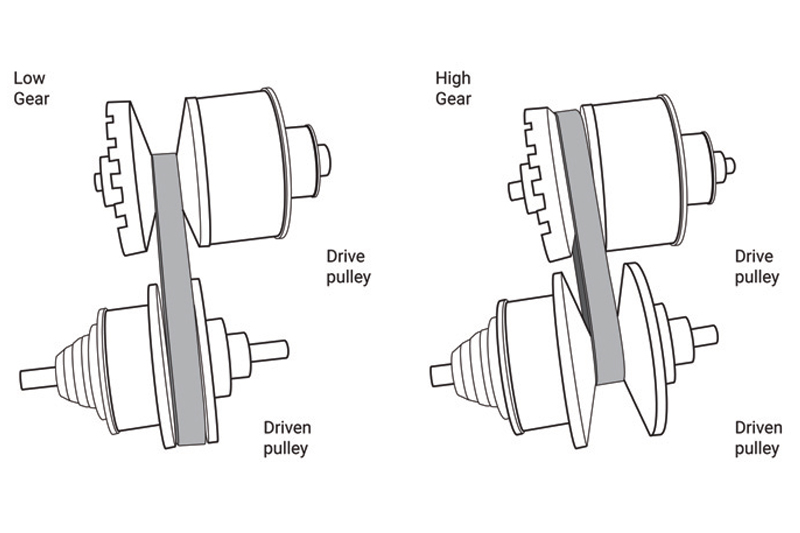 The TCU for this system only has to measure the speeds from the pulleys and adjust the pulleys accordingly. So, if there are any fault codes regarding speed sensors, shaft speeds or solenoid valves, the TCU probably needs repair. If not, the problems are probably elsewhere. For example the metal tension belt tends to wear down after a while. That will cause the belt to slip over the pulley.

Just as with the dual clutch gearbox, it’s a bit too much to describe the inner workings of a planetary automated gearbox in one paragraph. Let’s put it this way: this type of gearbox also has speed sensors to measure input and output speed and it also uses valves to operate handles and levers within the gearbox. So we are probably repeating ourselves a bit, but like the dual clutch gearbox and the CVT, this gearbox also uses a TCU with a hydraulic part and an electronic part. 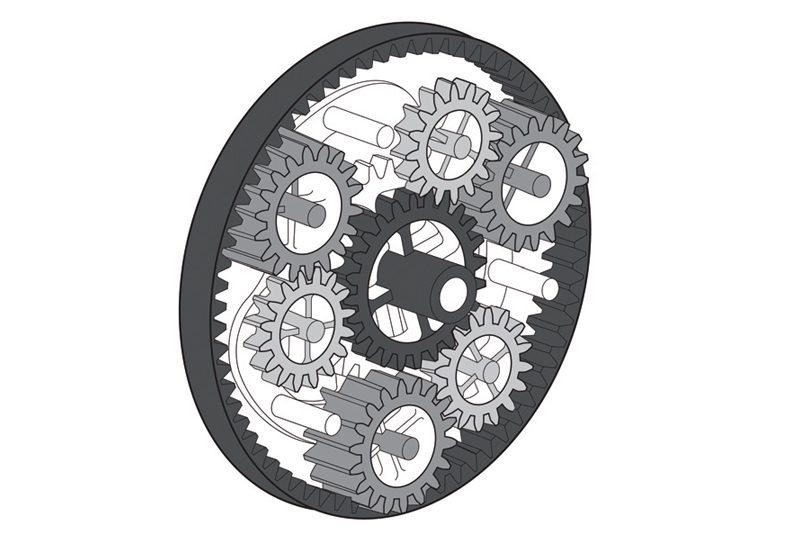 It probably won’t be a surprise by now, but our advice again is to search for mechanical problems first and to properly check for the right fault codes. Does it look like the TCU is failing? Just remove it and let a specialist look at it. If you keep on looking at TCUs this way, they really aren’t that hard to work with.