Stuart Still of European Exhaust and Catalyst talks us through the causes of DPF failure and the process of performing a ‘static regeneration’ using its new DPF reset tool.

Last year, on my visits to various customers, I made enquiries about the general demand for Diesel Particulate Filters. I was staggered at the lack of DPF knowledge, especially the procedure regarding installation, encountering answers such as: “We regard it as a main dealer product” or: “We need specialist diagnostic tools”.

EEC subsequently decided to eliminate one of these major objections. We contacted a diagnostic tool company and discussed the opportunity of becoming our partners in a venture to create a specialised hand-held DPF diagnostic tool.

After many months of hard work collating all of the data required to deliver an easy-touse, hand-held solution, the EEC DPF Reset Tool was born.

Why would you need one?
The DPF is a filter that removes particulates and soot/carbon from the exhaust gases and is a serviceable item that needs to be replaced at the end if its life. This varies with each vehicle manufacture (for example Ford requires replacement at 75K and BMW at 150K) and main dealers account for the majority of DPFs fitted within our market.

The OE manufacturer warranty does not cover ‘over-filling’, as this is regarded in the same way as oil, fuel or air filters – the warranty only covers mechanical failure. As such, the aftermarket is missing out on an opportunity to increase their sales and profit margin because DPFs are a high ticket product. 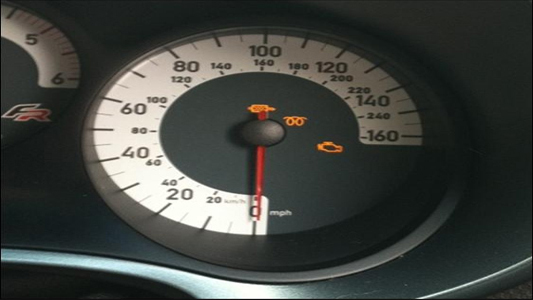 There does however seem to be some confusion as to why a DPF could over-fill and how to diagnose faults. It is extremely unusual that a DPF will fail on its own (the problems are usually upstream or to do with the actual system) so this is where the EEC DPF tool becomes a necessity.

Diagnosis sequence
The majority of vehicle manufacturers have the same warning light sequence but you should always check the vehicle handbook to be safe. The sequence generally consists of the following steps:

a) If the DPF light comes on (see image above) this means ‘regeneration’ is needed.
b) Once again, read the handbook for instructions. For example ‘Drive for 20 minutes at a constant speed of 65mph’.
c) If the DPF is not regenerated at this stage and fills to over 90% or 45g, the DPF will need replacing. This is not covered under warranty.
d) If the coil and engine management light is on with loss of power, ‘limp home mode’ will engage with a maximum of 3000 RPM. The fault code will read: ‘DPF soot loading too high’. ‘Forced regeneration’ is now required.

Performing a ‘forced regeneration’
Step-by-step instructions are included with the EEC DPF diagnostic tool, but in basic terms, to carry out a forced DPF regeneration you need to:

a) Ensure the vehicle is parked outside in park/neutral, the hand brake is on, engine warm, with at least a quarter tank of fuel, and check there are no fault codes stored.
b) If the engine management light comes on first, followed by the DPF light, it indicates an issue within the DPF system, for example temperature, pressure, sensors etc. Use the EEC DPF tool to identify this.

Useful checks and advice
1. Check pressure sensors as there could be a build up of water;
2. Examine pressure pipes for damage. They must be clean or they could freeze in extreme temperatures due to water build up;
3. Check that the EGR system is working correctly;
4. Check that the vehicle has the correct specification engine oil;
5. Check the Eolys/Cerine additive (active system);
6. When the DPF filter load reaches a predetermined level, the ECU activates a regeneration process to increase the DPF temperature to over 550˚C. The engine is set to run in a certain specific way and can inject up to eight times more fuel per stroke to produce a high amount of NO2, which will help oxidize the particulates, increasing the temperature as the exhaust gases pass through the catalytic converter;
7. It is advisable to check the oil for diesel contamination as a result of constant DPF regeneration. If this occurs you must carry out a full oil change and replace the oil filter;
8. The ECU must be readapted when replacing the DPF and when topping up the Eolys fuel additive. 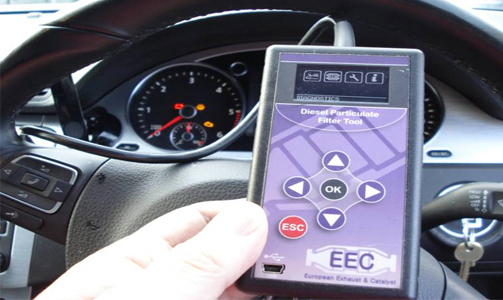 Please note: Data and procedures may vary between manufacturers.