ZF Aftermarket takes us through its top tips when it comes to replacing shock absorbers.

It is recommended that three basic rules are observed when replacing shock absorbers:

The advice from OE manufacturers to always replace shock absorbers in axle pairs has been largely ignored by vehicle owners and workshops over the years, having been dismissed as a strategy to increase sales. The reality is that both shock absorbers on the same axle tend to do the same amount of work under the same environmental conditions and are subject to a similar degree of wear over time.

Gradual deterioration of a shock absorber’s performance with wear generally goes unnoticed by the driver. However, under heavy braking or during avoidance manoeuvres, there is a rough difference of 25% in damping force between a worn shock absorber and a new one on the same axle, which can lead to potentially dangerous consequences. The increasing complexity of newer steering and suspension designs means that minimising the variation in characteristics between components on the left and the right is even more critical in maintaining stability.

When advertising replacement shock absorbers, some manufacturers interpret ‘OE quality’ somewhat loosely in the descriptions of their products. In this case, it’s advisable to choose a brand that is actually supplied to the vehicle manufacturers as factory fitment.

OE shock absorbers may have different specifications for each engine size within the same vehicle model line-up to compensate for weight difference, and they are occasionally ‘handed’ (different left- and right-hand specifications). By contrast, many aftermarket parts compromise by covering an entire model range with the same shock absorber part number.

In addition to new fasteners, three shock absorber-related items should be considered for replacement (Fig 1): the spring assister, commonly referred to as a bump stop, the gaiter, which protects the shock absorber piston rod from road debris, and the top suspension mount. 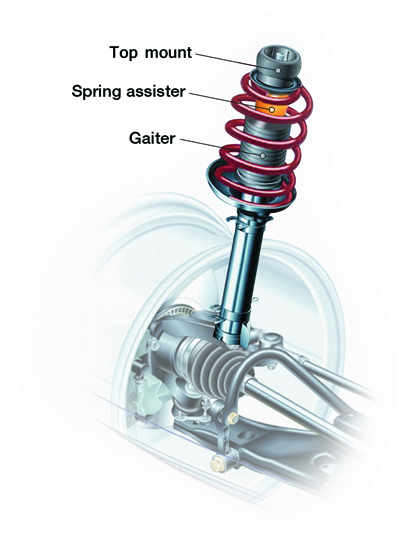 There is no additional work involved; all of these items are removed to gain access to the shock absorber. To simplify matters, ZF Aftermarket offers a Sachs service kit (Fig 2) to complement its OE shock absorber range. The kit contains the spring assister and the gaiter; top mounts are available separately. 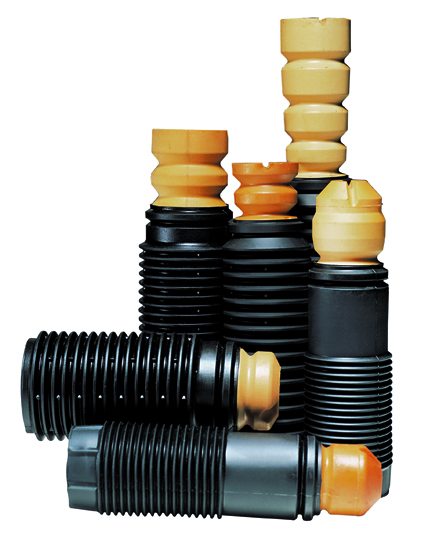 Why is it important to replace these items?

The spring assister is certainly more important than ‘bump stop’ suggests; it supplements road spring compression at a predetermined point to prevent the suspension from bottoming out. More than a simple buffer, the assister’s material properties and design determine its behaviour at a vital time when the suspension is approaching its operating limit. It’s a crucial part of the shock absorber’s function and when it wears or gets damaged, the original operating characteristics of the vehicle are compromised.

Oil leaks from a shock absorber are a common reason for replacement. That leakage is likely to have been caused by road grit entering a split gaiter. When deposited on the shock absorber piston rod, it abrades the plating on the rod’s surface, causing roughness and creating the potential for corrosion. Either this and/or the grit itself tears the piston rod’s seal. Some of this oil and grit is retained by the spring assister, the structure of which subsequently degrades and attracts additional contaminants. Reusing this component on a new shock absorber is not recommended for obvious reasons.

A worn spring assister may separate into multiple segments (Fig 3). If only part of the assister is re-installed on the new shock absorber, the spring could become coilbound under extreme compression, transferring its energy directly to the vehicle structure and damaging the suspension turret or hub carrier. Detached spring assister fragments can also become trapped between the piston rod and seal, causing oil leakage. 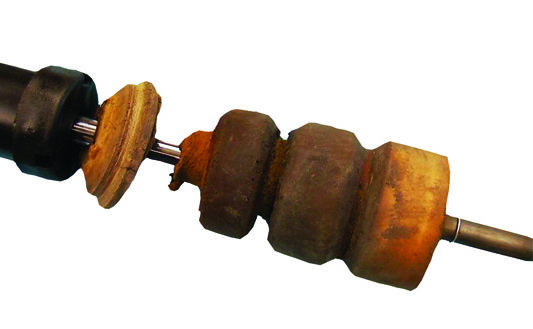 ZF Aftermarket recommends that the top suspension mounts are renewed whenever the shock absorbers are replaced. The top mount is a compliant rubber-to-metal component joining the shock absorber to the vehicle body (Fig 4). 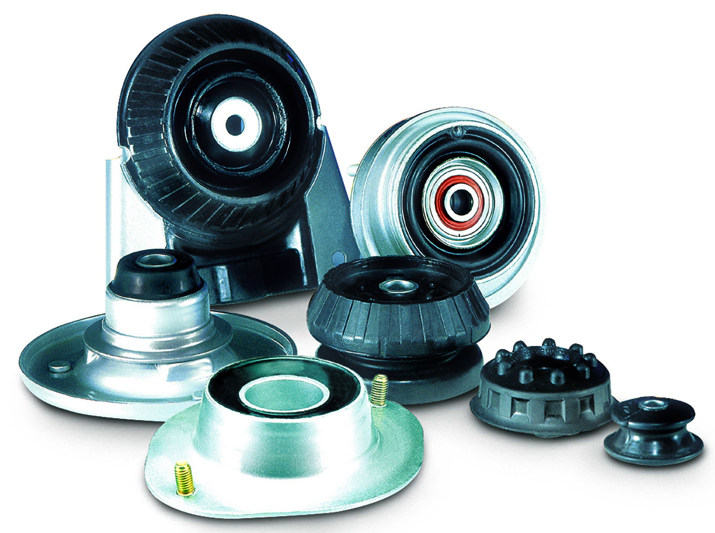 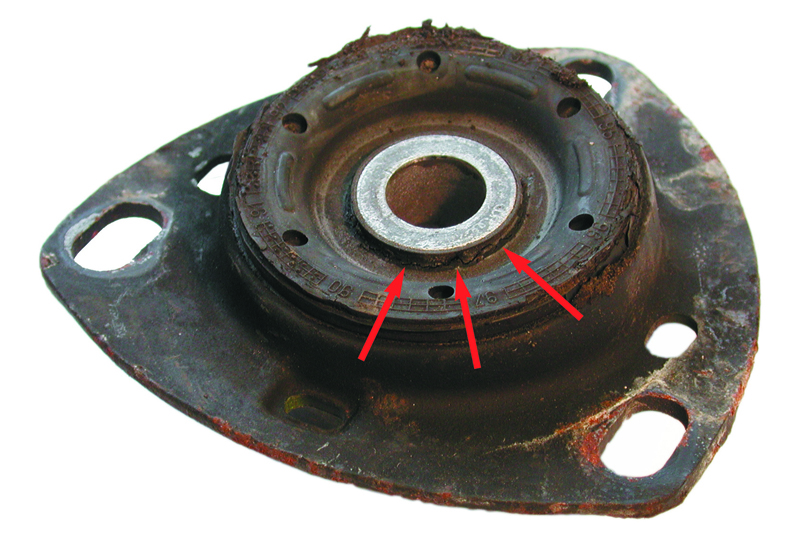