Scantec Automotive’s Ross Kemp explains how two specific cases highlighted the benefits of independents having access to both aftermarket and manufacturer diagnostic tools.

As a diagnostic specialist, I have long advocated the use of genuine manufacturer diagnostic tools and the associated technical data, workshop manuals, wiring diagrams and test plans. I have also been known to be occasionally critical of some aftermarket offerings.

Recently, I have seen discussion surrounding the use of manufacturer’s test plans – which are commonly built into manufacturer diagnostic tools – and their limitations; they have the potential to lead you completely astray. This has led me to reflect on the whole ‘manufacturer vs aftermarket’ tooling situation, and I think that a few jobs we have been involved in recently demonstrate why independent workshops truly have the ‘best of both worlds’.

We were recently tasked with carrying out some ESP system diagnostics on a 2004 Mercedes W204 C-Class for another workshop that ran an aftermarket diagnostic tool. The vehicle was presented to them with a permanent ESP warning message, and they were able to correctly diagnose the ESP system and extract a permanent fault code that related to the front N/S wheel speed sensor circuit. They promptly sourced and fitted a replacement sensor, cleared down the faults and retested the vehicle. It was at this point that they discovered that they still had a fault permanently present relating to the same sensor, so our assistance was requested moving forward.

On reading the job card and vehicle history, I took my usual approach of forming a diagnostic strategy based on this being a static KOEO circuit fault, with my strategy catering for possible connector, wiring and/or ESP module faults. On connecting the dealer diagnostic tool and carrying out a quick fault scan, I was presented with a fault code relating to the front left WSS circuit. However, on reading the fault code and entering the test plan, I was presented with big bold red text that stated:

“When replacing either front wheel RPM sensor – they must always be replaced in pairs.” Following this text, the test plan also pointed me to an official TSB, which gave further details, listing all relevant fault codes and reiterating the fact that both must be replaced in pairs.

Following the replacement of both sensors, all permanent faults were cleared and normal service was resumed. Had we not had access to the manufacturer’s diagnostics, test plans and TSBs, we could have followed my initial thought process of gaining access to the ESP module, testing wiring, and then thinking about a faulty and highly expensive ESP module. In this case, the aftermarket tool could or would have sent us astray, costing us many hours of unnecessary testing.

On the flip side, we were once asked to work on a BMW 7 Series that highlighted the limitations that manufacturer tools sometimes provide. The workshop that sent us the vehicle only ran the manufacturer tool and therefore, did not have access to any aftermarket offerings. 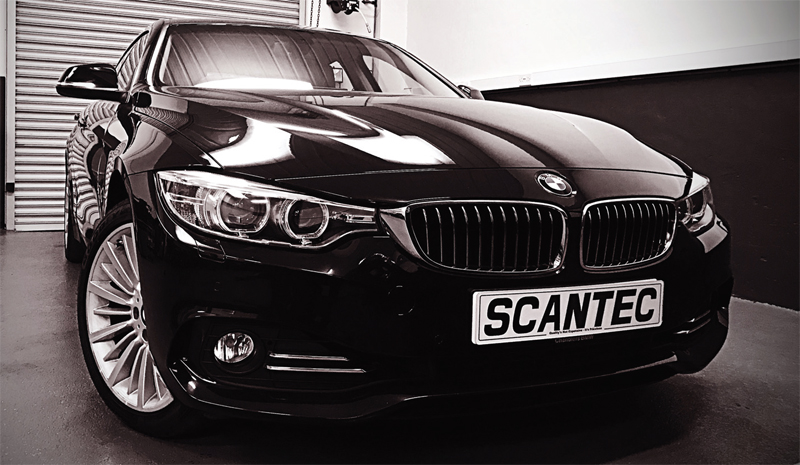 The workshop was tasked with the diagnosis of an air conditioning fault, and they had correctly and promptly diagnosed the A/C control module as the source of the issue. They sourced and fitted a new A/C controlmodule, and connected the manufacturer tool in order to carry out programming and coding. What they discovered was that no matter what they tried, they simply could not code and program the new module, and came up against multiple error messages. It was discovered that at some point in the vehicle’s life, a second-hand control module had been fitted to the vehicle.

Due to the limitations of the manufacturer tool, it was simply not possible to proceed with any programming or coding to any module on the vehicle whilst this secondhand module was fitted. The second-hand module was, however, perfectly functional, and caused no other issues to the vehicle’s functionality or fault codes to be logged. As expected, the owner of the BMW was not happy to pay for two expensive new control modules, so the workshop approached us to see if we could assist.

As an independent, we do not have the same limitations placed on us as a franchised dealer would. We are able to source and use not only the genuine dealer tools, but aftermarket generic and specialist tools that allow functions that are simply not available to dealer workshops. In the case of the BMW 7 Series, we had two options. We could either simply code the new A/C module (effectively bypassing the restraints of the manufacturer tool), or we could correct the data in the second-hand module that was previously fitted. We chose the second option to prevent this issue from occurring again if the vehicle ever required future coding and/or programming.

This highlights why, as independents, we truly have the best of both worlds when it comes to diagnostics. For me personally, it is about both having access to everything that brings value to the diagnostic process, and knowing what tools to utilise and when.

0 0 0
Previous : Case study: Premature wearing of the outer pad
Next : Slightly off target