Identifying a bad repair
A bad repair can be identified in a number of ways, and can manifest itself as numerous different faults. Below are some of the most common faults relating to bad repairs:

1) Failure to clean the system properly can result in the compressor seizing. This seizure is caused by dirt travelling back to up to the compressor, causing damage on pistons, cylinders and bearings.

2) The use of too much compressor oil can result in damage to the swash plate due to liquid lock.

3) Compressors that are noisy or seized are often caused by system components that have not dried properly following the flushing of  the refrigerant cycle.

5) Failure to ‘run-in’ the new system also results in long term issues. By simply increasing the engine speed within the first two minutes can significantly shorten the life of the compressor. The cause of this is because a new compressor is installed whilst full of oil. During the first operation, this oil is pushed out and begins to mix with the refrigerant, which can take up to two minutes to complete. Because of this, it is often recommended that for safety purposes, the engine is left to run idle for up to five minutes with the A/C running, to help break in the system for the first time.

Leak dye
Failure to input the correct amount or non- SAE approved leak dye can also have consequences for the A/C system.

What to do if the discharge and suction are clean with no black residue or metal particles:
If this occurs then it is only necessary to replace the compressor, receiver dryer and O-rings of hoses and tubes.

What to do if the discharge and/or suction or hose and condenser inlet are dirty with black residue (but no metal particles):
If this occurs then it is necessary to replace the compressor, receiver dryer and O-rings of hoses and tubes, multi-flow condenser, expansion valve, and when applicable the multi-flow evaporator.

What to do if both the discharge and suction, and hose and condenser are dirty with both black residue and metal particles:
If this occurs then it is necessary to replace the compressor, receiver dryer and O-rings of hoses and tubes, multi-flow condenser, expansion valve, as well as the discharge hose. Where applicable it is also necessary to replace the multi-flow evaporator, and possibly also the suction hose. 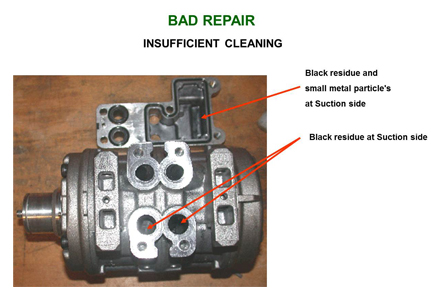 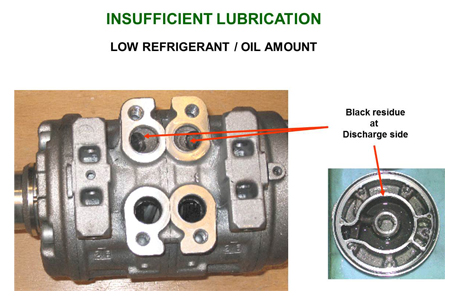 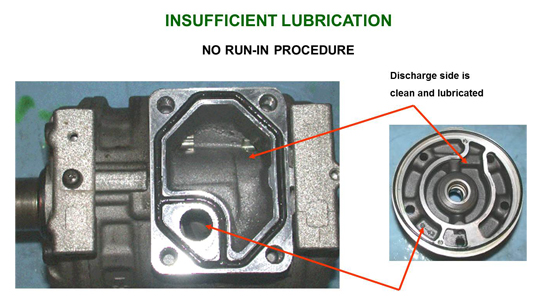 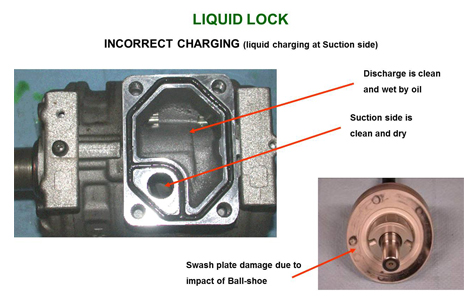 5. LIQUID LOCK – TOO MUCH COMPRESSOR OIL 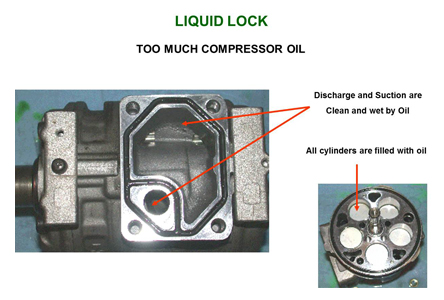 0 0
Previous : How to replace a radiator
Next : Wheel alignment – best practice