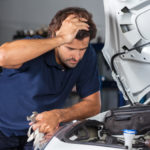 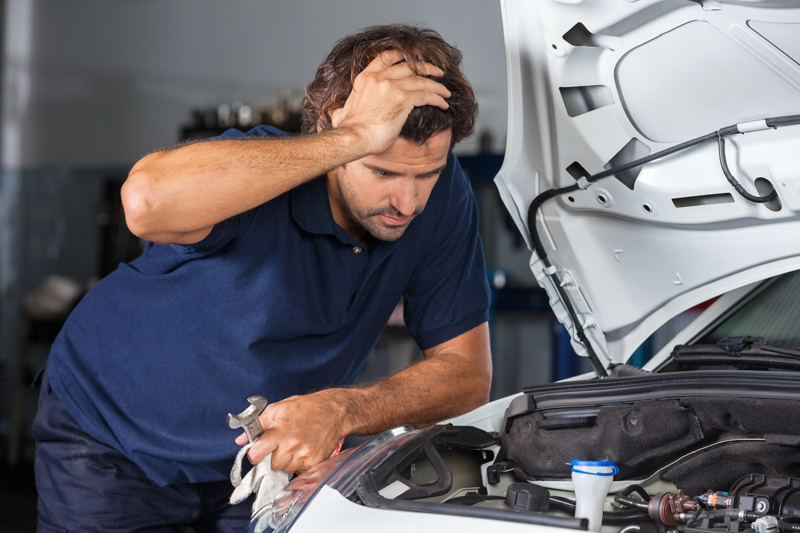 Josh Jones recalls some ECU-related confusion from ‘back in the day’.

Awhile ago, I found myself dealing with a Fiesta 1.25 that had unfortunately failed its MOT test on the emissions aspect. Aside from this, it had a pretty much clean bill of health so it was a bit of a pain for the testing station as you may imagine. I had the pleasure of getting involved after the garage had fitted an upstream oxygen sensor in an effort to help the car through its test. Unfortunately, it was not successful.

The first thing I did was take a look at the emissions test print-offs (I had printouts from multiple tests) and could see that, indeed, the issue seemed to be consistently related to air/fuel ratio, with the lambda calculation sitting on the high (lean) side of the 1.02 limit. This was occurring only in the increased engine speed tests – at idle the reading would settle in the pass range. The rest of the emissions composition looked pretty much in line with what I would hope for, with only trace amounts of hydrocarbons being detected, and good carbon monoxide conversion showing as well.

I was quietly confident I was looking at a post cat exhaust leak; it certainly looked as if that would be the most likely outcome anyway. It would have made sense if extra oxygen was being introduced into the exhaust stream after the gas treatment system, and the fact that the fault occurred when the engine speed was raised only pushed me further down this avenue of thought.

I thought it wise to check for any DTCs or anything spurious in live data before carrying out a smoke test to check the integrity of the exhaust system. No relevant trouble codes were stored. However, when the engine live data was displayed, it showed something very odd. At idle speed the oxygen sensor seemed to be switching away nicely at about 1hz (just as I would hope a brand new one would with everything in order). Although good switching was taking place, I could see that short term fuel trim factor was stuck very high.

My scan tool showed a positive figure of 25 out of a possible 50 (can’t remember if this was a percentage value or just a factor denomination but either way it was extremely high). Although the figure was high, the system still seemed to be within range and was able to cope with the adaption required, and fuel control was correct at that operating point, hence the test pass at idle speed. When the engine speed was raised, the fuel trim rose even further and eventually maxed out. At this point the lambda voltage would bottom out, showing a slightly lean condition, just as the exhaust probe I had inserted was showing as well (as per the MOT test).

Following these events, the fuel system tripped into open loop mode until the ignition was cycled, but no fault code was triggered. I found this very odd but it did show me that the exhaust oxygen sensors were in line with what the tailpipe emissions were showing. I need to mention that I did not have access to any long term fuel trim data on my scan tool; it simply was not listed. I am not sure if this was something to do with the age of the ECU I was dealing with (EECV for those of you can remember) but either way I had to work with the information I had at the time and chased the reasoning behind the unsettled fuel trim I could see.

Although sceptical (the car seemingly ran and drove perfectly), I thought this may have been caused by either some kind of fuel delivery restriction or an upstream exhaust leak, so I tested the fuel pressure available and smoke tested the whole system for leaks, including the intake side. Both tests showed no issues. I even tested the delivery rate of the injectors to rule out a fault with an individual injector, and secondary ignition traces showed no evidence of anything untoward happening in the combustion chambers. Another live data check using a different scan tool showed exactly the same outcome with regard to the fuel trim maxing out high. After a lot of head scratching, I was convinced the ECU was confused in some way, although to this day I can’t fathom why (feel free to get in touch and enlighten me) and felt I had ruled out all related variables as far as I was aware anyway.

I found a replacement that was supplied with the relevant security components in order for me to be able to plug and play, and repeated the same live data checks. Fuel control was spot on and well within range at all engine speeds. I submitted the car back to the MOT tester without even doing another gas test, confident it would fly through, which it did. Out of pure curiosity I fitted the offending control unit to a courtesy car we had available at the time, and low and behold the fault was replicated.

I can only presume that the mapping in the unit had somehow become corrupted. Had this fault occurred in something a lot more pricey and complicated, I would definitely have been sweating with the ECU call but it certainly showed me that you have to be pretty clued up on the plausibility of live data whenever you are viewing it.

0 0 0
Previous : Autodata Acquires AutoMate Training
Next : How to Replace the Clutch on an Audi A1