MotorEasy is calling time on confusing mechanic jargon with the launch of its new ‘Lost in Translation’ campaign to promote “plain English” in UK garages.

The firm’s light-hearted ‘Lost in Translation’ campaign has been launched to highlight the amusing absurdity of garage jargon, but also the more serious issue of consumer trust in car workshops.

Nearly half of motorists (47%) feel they’ve overpaid for car repairs because of confusing jargon used by some mechanics. Drivers hearing their ‘big end’ has gone or they’ve got ‘mayonnaise’ under their oil cap is causing them to lose faith in their garages.

It’s said to be even worse for women, with baffling workshop lingo causing a third (32%) of female drivers to stop using a garage because they felt they were being taken advantage of due to their gender.

It’s said that garage mechanics remain one of the least trusted professions in the UK because consumers are left flummoxed by the terms used by technicians and feel obliged to stump up for parts or work – even though they don’t know what they’re paying for.

Car ownership and maintenance service MotorEasy, wants garages to ditch the jargon and use ‘plain English’ to win owners’ trust back.

The firm has compiled a list of seven commonly used terms that leave drivers baffled along with explanations that you could be using instead.

Seven of the top jargon terms used by garage mechanics 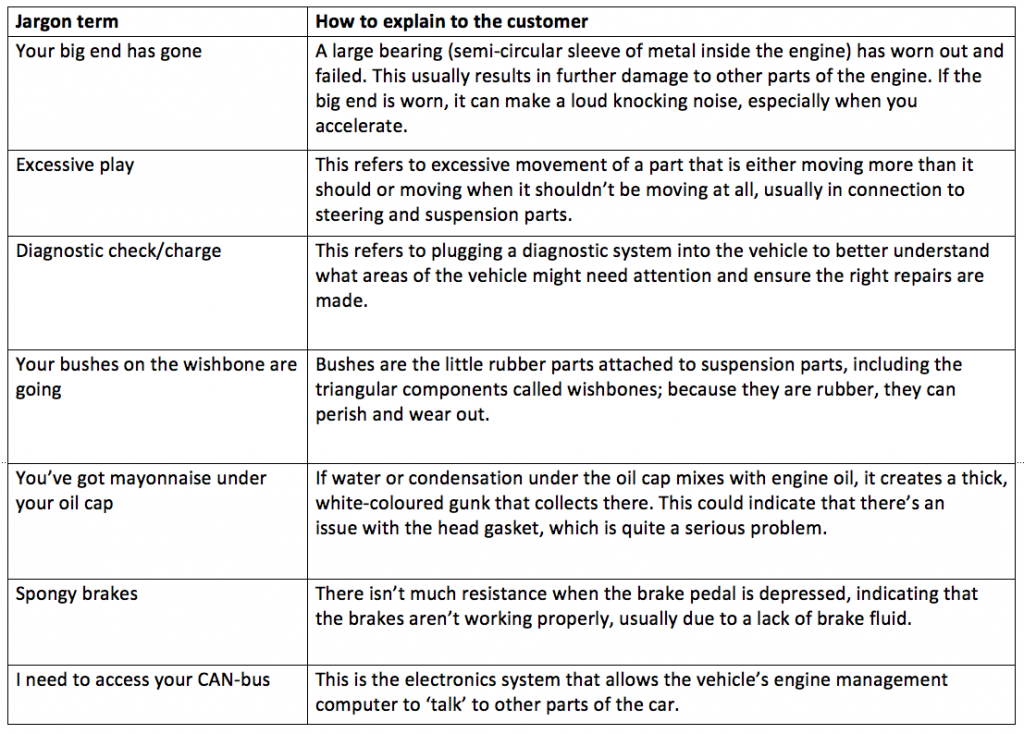 MotorEasy’s ‘Lost in Translation’ campaign has been launched to highlight, in a comedic fashion, how workshops could take simple steps to improve the relationship they have with customers and increase customer loyalty as a result.

For a full list of garage jargon terms or to contribute your own jargon, click here and see the rest of the ‘Lost In Translation’ campaign.
Tags:MotorEasyNews