Over the last four years battery distributor Manbat has been supporting BEN – the UK’s primary motor trade benevolent charity – by providing its beneficiaries with a new replacement when the existing battery used to power their mobility equipment fails.

It is therefore fitting that in the year that Manbat celebrates its 60th anniversary, the company has reached another milestone by donating its 100th battery to BEN.

BEN is a national charity that operates from offices in Ascot, Birmingham and Scotland with ten welfare officers working across the regions. Its welfare beneficiaries use more than 700 battery powered mobility products and in addition to the individual welfare cases, BEN also requires batteries for its residential care centres.

Commenting on the on-going arrangement Fiona Gorman, BEN’s Head of Welfare said: “The impact of what Manbat does for us has been enormous. In common with many charity organisations we are being asked to help more people every year, in fact last year the number of beneficiaries increased by 10%. However, not only does the free battery service help us financially, but the whole process has been made so easy. Instead of having to find the right battery and carry the cost, we simply call Manbat and the new battery is delivered. It’s made such a difference to the lives of our beneficiaries, it’s amazing!” 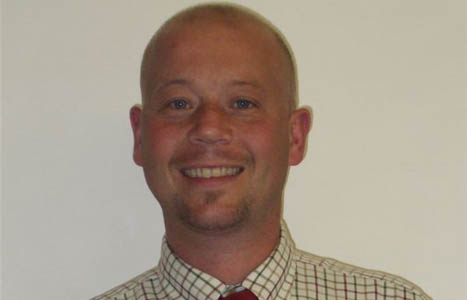 Manbat Marketing Manager, Myles Pemberton (pictured), said: “BEN is close to our hearts and we are really pleased to hear that what we are doing is playing a part in making the lives of those in need just a little easier.Business today can be so all-consuming and it’s very easy to lose the perspective and concentrate only on what drives the bottom line. However, by working with BEN it helps to focus the mind on the bigger picture and realise we should all be helping one another for the welfare of everyone.”