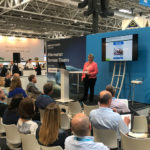 The Independent Automotive Aftermarket Federation (IAAF) is delighted to announce that following intense lobbying over the last year in conjunction with several of its members and the British Battery Industry Federation (BBIF), the Government has now confirmed that batteries will be excluded from the Offensive Weapons Act, avoiding significant implications for the UK aftermarket.

The Offensive Weapons Act is primarily aimed at guns and knife crime but also covers acid attacks, following the spate of incidents experienced in London and elsewhere last year. Prior to IAAF’s intervention, all automotive batteries were within scope of the legislation. This meant it would have been illegal to sell batteries to under 18 year olds and would have effectively banned deliveries to private addresses, with ramifications for the industrial, leisure and mobility sectors.

Back in January, IAAF chief executive Wendy Williamson met with the Home Office’s Serious Violent and Weapons Unit, in conjunction with the BBIF and IAAF representatives, where they explained the ‘unintended consequences’ of this legislation on the automotive battery sector.

Their main argument was the difficulty in extracting battery acid and there being insufficient concentration to cause permanent harm.

They were able to help convince the Government to change the proposed legislation to exclude all batteries, after the Act was enacted and became law on the 16th May which confirmed the exclusion.

Williamson said: “We are absolutely delighted with the outcome, it is a real success for the continuous lobbying efforts of IAAF and the BBIF. The Government were sympathetic to our views thanks to us underlining the major challenges for the aftermarket sector if battery inclusion became part of the legislation.

“While we are not of course protesting against the main purpose of this Bill, we have helped manage to protect our members’ businesses and the entire UK aftermarket at large.”

For more information from the IAAF, click here.
Tags:IAAFNews