SP Diagnostics, the automotive tool specialist, presents its latest piece of equipment that has been developed specifically for the testing of EGR and solenoid valves.

The EGR and solenoid valve tester, from SP Diagnostics, enables technicians to test the integrity of EGR valves and other 12V solenoids, such as vacuum solenoids, boost pressure control valves and actuators, petrol injectors, carbon canisters and even relays.

Due to the tool’s variable frequency, EGR valves can either be cycled to ensure correct operation or to clean it during its cyclic mode. In high frequency mode, the valve can be opened progressively, allowing more efficient manual cleaning.

The tool can be used to help diagnose a faulty EGR valve that is causing problems with the exhaust flow and operation of the EGR system, which in turn, can lead to performance reduction, such as loss of power, reduced acceleration, and decreased fuel efficiency. This often culminates in an increase of vehicle emissions. 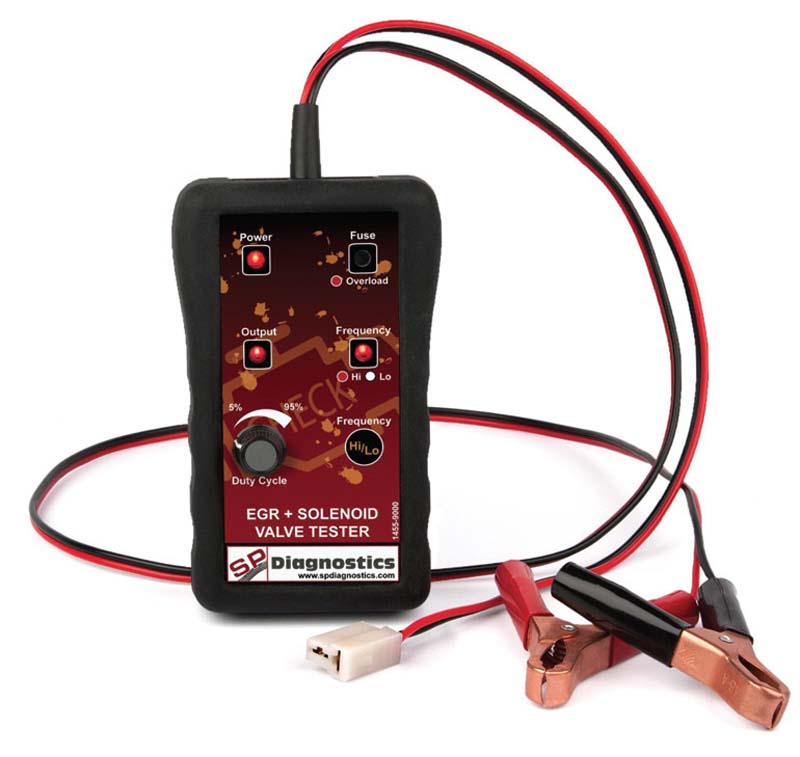 EGR valves can become stuck either open or closed; commonly caused by a build-up of soot particles and carbon deposits, also sometimes by dirt in the fuel. These symptoms are found more often in urban driving conditions, as the engine has not built sufficient heat to burn the deposits off, whereas longer distance and motorway driving generally have a beneficial effect on the EGR system.

Common symptoms of a faulty or sticking EGR valve