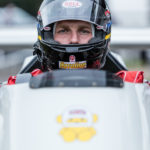 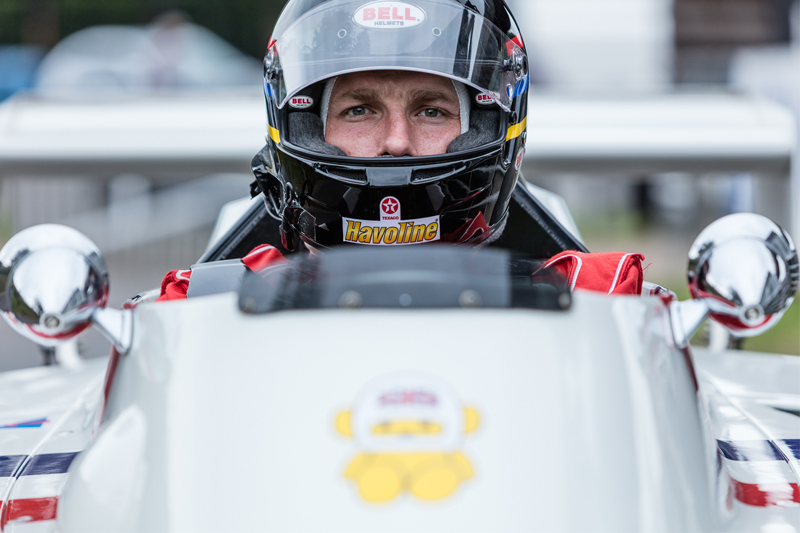 Racing in the Blood

PMM: Can you tell our readers how you got into motorsport?

Freddie Hunt (FH): When I was younger, I knew nothing about cars and had no interest in them whatsoever. Instead, I grew up playing polo. When I was 18, my horses were too old and I didn’t have the money to replace them, so I sold the horses and tried to get a job working for another team. That evening, I bumped into a friend who invited me to the Festival of Speed the next day, so I went along. His girlfriend was driving a GT4 Maserati and she asked me if I wanted to have a drive and I did…and I loved it. I immediately thought let’s go racing! I rang my uncle and I told him I wanted to be a racing driver. He took a deep breath and told me to ring him back in a week if I was still serious! So I did, but I didn’t even know the difference between a road tyre and a racing tyre.

PMM: Is there a race that particularly stands out in your career?

FH: My most enjoyable race would be from 2008. I got a call the night before saying there was a seat available. The car was only a little Ginetta G20. I jumped in the car, and only had about three laps of practice because it was so wet, but I managed to get pole position. In my first race, I was leading, but my throttle snapped, so I didn’t finish and started the second race at the back of the grid. With the weather now dry, I had no idea about brake points or how fast you could go round the corner, as I’d never driven the car before. Thankfully my instinct took over, which is my best asset, like my father’s was. I carved my way through the field and on the very last lap, I made a lunge going into the long, right-hand corner, took the lead and won.

PMM: What was your thought process behind the change to endurance racing?

FH: I’m too old and don’t have enough experience to get into Formula One. Even when I started, I never should have aimed for Formula One because it was never possible; it would’ve required an enormous budget, with very good coaches and a very good psychiatrist. There are many ingredients that make a champion and I haven’t got all of them.

PMM: We notice that you’ve done an interview with Ben, the automotive charity, in the past. What drove you to work with this particular charity?

FH: I think most of us suffer from some degree of mental health issue. I know I certainly have over the years. It’s all about trying to get the message out there that it’s okay to talk about it and that it’s okay to not be okay.

I think it’s very important for people to speak out about their feelings because if you are suffering from anxiety, depression or whatever it may be, it is horrible; it can completely destroy your life.

PMM: Did you find the mental side of racing difficult?

FH: As I progressed as a driver, the challenge for me was the mental part of it. I’d never had a camera pointed at me, let alone 500, which meant that I didn’t perform for years. It’s a shame, because I have the natural talent, but I didn’t know how to manage it. I still have to work very hard on my mentality in a racing car; if you have one slightly un-focused thought come into your head, you’re going to lose time, or worse. You’ve got to be so focused, with your mind completely empty of every thought and emotion, which isn’t easy.

PMM: What exactly is your role as a brand ambassador for Havoline?

FH: I like the company’s products, and I use them in my car – they’re wonderful. When I first started using them, I was told I didn’t have to even warm the engine up; I could just jump in and go! The relationship really came from my father, who was sponsored by Texaco Havoline. We got together in 2016 to celebrate dad’s anniversary and it’s gone from there.

PMM: With technology changing at a rapid pace within the automotive industry, what are your views on Formula-E?

FH: The tracks in Formula-E aren’t wide enough for my liking. I love the concept of it and there are some really good drivers in there, but I just don’t like the circuits. The reason they’ve done all of the street circuits is to promote electric cars on the road, so that idea is right, but I think they should use some normal circuits, and/or make the street circuits wider.

PMM: Do you see these technological changes having a significant impact on the automotive industry as a whole?

FH: I would love hybrid/electric vehicles to be more common than vehicles with an internal combustion engine but I don’t think this will happen to be honest. With electric cars, it takes a huge amount of resources to make a battery and then get rid of it, so in some ways it’s actually more dangerous than burning fossil fuels; it’s great that you’re not pumping loads of smoke into the atmosphere, but you still cause a great deal of damage to the environment.

PMM: What are your plans for the rest of the year?

FH: I’m doing the Road to Le Mans in an LMP3 car and I might be doing the New GT4 Southern European Championship but that’s a big might; it’s not confirmed yet.

0 0 0
Previous : Getting the Most Out of Google
Next : Make or Brake