Crankshaft and camshaft sensors – also known as engine speed and position sensors – are a vital part of the engine management system. Ron Merralls, Assistant Technical Manager at NGK Spark Plugs, takes readers through their functions, importance, and how to recognise any potential issues.

The crankshaft and camshaft sensors provide information about engine speed, as well as the exact position of crankshaft pistons and camshaft valves. Because timing is everything, supplying this information to the engine control unit (ECU) enables the fuel injection and ignition systems to function efficiently.

The sensors use either the Hall effect or inductive principle, and are not interchangeable. Some are designed to operate ‘dry’, and some work with oil. Hall effect sensors have integrated electronics, an external 5V power supply, and a square output signal (0V/5V). They can detect a ‘position’ even when the trigger wheel is stationary. Compared to inductive type, they have less sensitivity to electromagnetic interference, and changes in the air gap between the sensor and trigger have no direct effect on the signal. They have three pin connectors.

Inductive sensors generate a signal, have no external power supply, and have a waveform output signal. A signal is generated only as the ‘trigger wheel’ passes by. Voltage rises as the trigger wheel increases speed. The mounting distance between the sensor and trigger wheel is important; they have two or three pin connectors, the third being a shielding ground connection.

Regardless of design principle, the sensor delivers the input signal for the ECU. Without that signal the engine runs poorly; resulting in hard starting or vehicle breakdown. 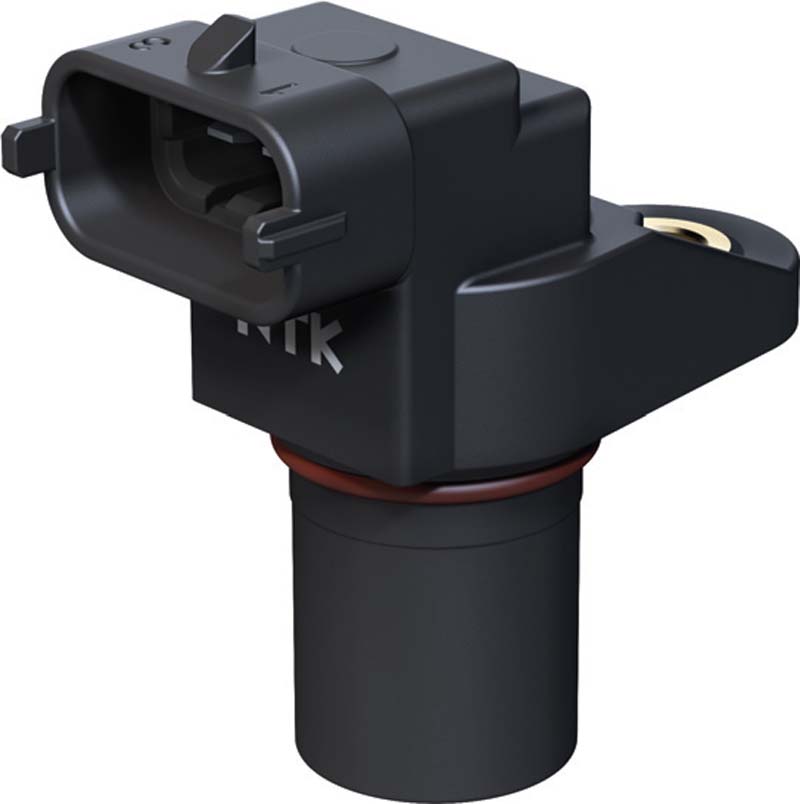 A ‘trigger’ – a ‘toothed wheel’ with evenly spaced teeth except for two – rotates with the crankshaft. The sensor monitors this, and signals are produced. It tracks the rotational speed of the crankshaft, the most practical purpose being to display RPM on the dashboard display. It also measures the angular position of the crankshaft, which is required for accurate timing of fuel injection and ignition. If the crankshaft issue is preventing an engine from starting, a DTC (diagnostic trouble code) such, as P0335, will usually be stored. Other symptoms include the engine stalling, dying, or generally performing poorly. In the case of hard starting with the inductive type, output voltage generated by the sensor relies on trigger wheel speed, distance (gap) between sensor and toothed rotor, and the number of functioning windings in the sensor (deterioration).

If the gap is too large or the sensor is weak, the engine may run at idle speed and above. On occasion, a non-starting engine might start if the vehicle is bump started.

Much of the preceding information is applicable to camshaft sensors; the component measures the relative rotational position of the camshaft. The camshaft, driven by the crankshaft via timing belt, chain or gears, rotates at half-crankshaft speed.

The position of the camshaft is (together with the crankshaft position) used to determine the combustion cycle of the pistons within the cylinders, intake, compression, power, or exhaust.

They are installed in or near the cylinder head, and are used in petrol and diesel engines with electronic injection systems. Twin cam engines often have two camshaft sensors, and they may also be used to monitor the function of variable valve timing. With a failed camshaft sensor, the ECU in many cars may be able to keep the engine running at least.

DTC P0340, P0011 and P0021 are not unusual to find when diagnosing a fault. If there is some reference to ‘synchronisation’, ‘timing’ or ‘valve timing’ as well as the sensor, you should suspect timing belt, chain or associated tensioner problems.

After sensor replacement, many vehicles require a ‘learning’ procedure. A scan tool may be required, sometimes with a vehicle model-specific procedure. For some vehicles, the ECU will ‘learn’ the new sensor characteristics after several drive cycles.

When operating correctly, these components are generally taken for granted. However, timing is everything, and upon failure, the support they give to other systems is lost.