Since its introduction to the UK, FlexFuel’s hydrogen cleaning solution – Hy-Carbon – has seen rapid growth as the business focuses on making the green machines the go-to for engine decarbonisation.

Introducing a new business into the UK aftermarket is a tricky operation. However, it helps to have the backing of a major brand in Europe, the right environmental credentials, a unique selling point, and the ability to offer the right service at the right time.

FlexFuel has been able to check all these boxes since first landing in the British market in June 2018. Since then, the company has grown its partner-garage figures exponentially, and plans to double them in the next 12 months. From an unknown quantity, to a recognised industry name, just how has FlexFuel achieved so much in a short space of time?

FlexFuel’s introduction to the UK came at a time when consumers were becoming acutely aware of problems surrounding vehicle emissions. Since the diesel scandal of 2015, and the resultant fall in sales of the fuel, consumers have begun to rely heavily on petrol models, with alternative fuels still lagging in market share. As petrol-powered cars and vans emit more CO2 than their diesel counterparts, an increase in sales equates to a rise in pollution.

The automotive industry has also seen a drop in new vehicle sales during the last two years, while the used market has remained stable. This means the age of UK cars will continue to increase as drivers look to older cars to get what they want – namely a cheap-to-run diesel. With the right marketing, FlexFuel is in an excellent position to help partner garages bring in drivers who want an older car with the performance and emissions of a newer model, whilst at the same time benefitting from the potential cost savings in fuel and replacement costs of prematurely failing components associated with the buildup of carbon on key engine parts. 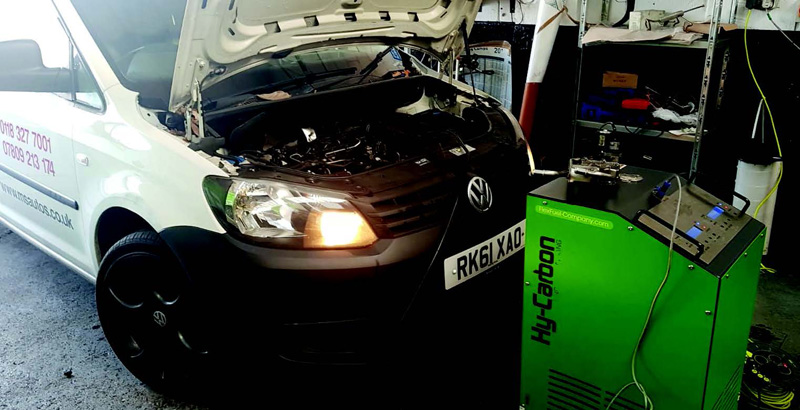 It is not only the company’s branding and machines that are green. Using hydrogen to clean out an engine means that no harsh chemicals are required. Instead, the system uses deionised water to produce the hydrogen gas that is pumped into the vehicle through the air intake.

For many of the garages working with FlexFuel, the green credentials were a dealbreaker. Their customers are becoming more aware of the ‘climate emergency’ talk that is continuously in the news, meaning the hydrogen cleaning solution suddenly takes on a new unique selling point.

From its inception in the UK, FlexFuel now works with close to 200 partner garages across the UK, and is planning to double this number by the end of 2020. This is testament to the hard work of the sales teams who are out on the road, ensuring the needs of garages old and new are met. It also highlights just how the company’s name has become recognised in a short space of time.

“At the start, it was difficult to find garages to work with,” explained Anthony Harris, Business Development Consultant at FlexFuel. “We had to do a lot of work to convince them of the benefits of hydrogen cleaning, especially as the best results are not visible. We would go in, run a demonstration and then wait as they mulled things over.

“That is not the case today, and it is as much from our learning over the last year as it is to the properties of the machine. We are able to book our appointments and demonstrations more effectively, and garages are coming to us to find out more.”

Brand awareness is critical when building a business in the UK, and this is something that FlexFuel is developing, through a series of social media comments and videos. The company is active on Facebook, promoting the posts of partner garages to local areas, while it has established a series of case study films, giving those using the equipment the opportunity to highlight how simple the procedure is, and why motorists should undergo the treatment. Garages can then use these on websites or social media channels to boost their own presence.

“The biggest challenge we face is garage owners putting their service in front of the customers,” added Anthony. “Many drivers are now undergoing education as to why engine cleaning is needed, and they are starting to demand the service rather than the garage having to broach the subject. Getting the FlexFuel name out there is helping with this.” 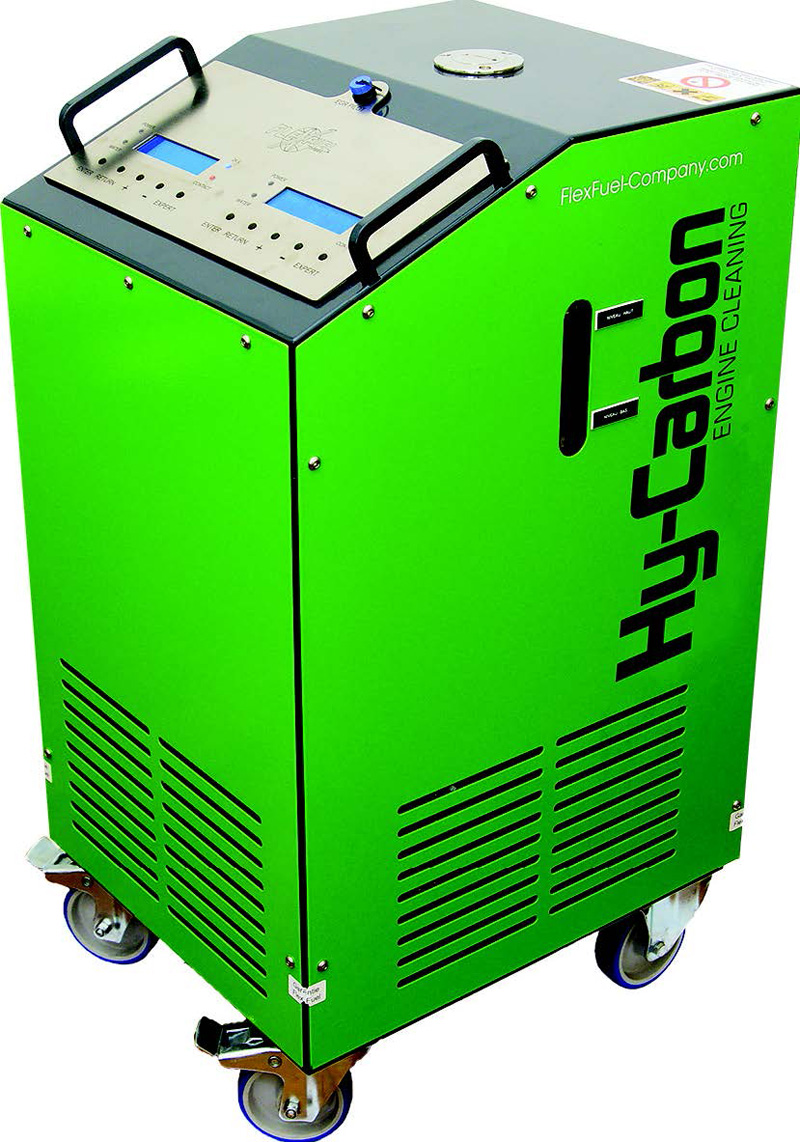 So, why are garages getting involved with FlexFuel? Hy-Carbon is proving to be the most profitable machine in the workshop. It requires near zero manual intervention; it does not take up a work bay or ramp – it is quite simply ‘plug and play’.

“They came and did a demo on my van, and it made a vast amount of difference to it,” said Neil Chapman, owner of Offmore Road Garage. “I decided to order the machine from that.”

Offmore Road was one of the first to sign up with FlexFuel on its introduction to the UK. Now, 12 months on, Neil says he sees the additional benefit the system offers.

“We are at the point now that we are cleaning customers’ cars that had the procedure carried out a year ago,” Neil continued. “The high mileage users are taking the option to have their engine cleaned, and are again seeing the benefits. When we carried out a number of annual services last year, we were selling the FlexFuel clean, and now customers are asking us to have it done.

“We have proved the need for engine cleaning on numerous occasions; there have been plenty of MOT failures on emissions that have then undergone a clean and have then been able to pass. So, it is doing a good job for us.”

Sham Rana, Director at Oxford-based North Hinksey Garage was another early adopter: “As a business, Hy-Carbon has helped us increase our monthly turnover by 40%. For garages up and down the country that are looking for near on guaranteed incremental revenue generation, Hy-Carbon really is a silver bullet.

“We sell it both at a curative level – unblocking DPFs, addressing sticky EGRs and turbos for example – and we also sell it at a preventative level, up-selling the solution as part of our wider vehicle service offering.”

FlexFuel has now established itself in the UK aftermarket, and as awareness of engine cleaning and the performance, cost and environmental benefits increases, the company is well placed to help those investing in the equipment to make a substantial return on investment.

To find out more about FlexFuel, click here.
Tags:Exhausts & EmissionsFlexFuel