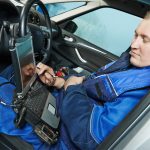 The IAAF has recently welcomed many of the amendments approved by the European Parliament’s Internal Market and Consumer Protection committee (IMCO), as part of the forthcoming type approval legislation.

These relate to the diagnostics, repair and maintenance of vehicles and are an important step towards improving the legislative framework for independent operators. Over 184 amendments were approved and importantly for the aftermarket included a number of key revisions, the most important of which is keeping the OBD port to the vehicle open and accessible.

But, the battle has only just begun. After the proposal is accepted by the European Parliament, a compromise between the European Commission, the European Parliament and the Council of the EU needs to be reached in a negotiation process known as “informal trilogues”. This means that the path to preserve the small, but very important, OBD connector remains a long one.

IAAF continues to work alongside FIGIEFA in Europe to represent the UK aftermarket and ensure its voice is heard. It has led the fight against the proposals and helped to directly influence the recently announced type approval amendments approved by IMCO with its work on the ‘Dalton Report’ issued by West Midlands’ MEP Daniel Dalton. Over the last 12 months, IAAF has held meetings with Dan Dalton, MEP for the West Midlands, and the IMCO committee to put forward the aftermarket perspective as part of this process.

A world without the OBD connector

With the continued development of technology and vehicle design, it is important that test equipment can still be connected to a vehicle through diagnostic equipment such as the OBD connector.

However, the radical changes proposed by type approval legislation will have severe consequences on consumer choice. If it goes ahead, independent garages will no longer have unmonitored access to the OBD connector as it could be controlled entirely by the VM through remote diagnostics performed with the use of their servers.

Clearly these alternatives create the risk that some VMs may utilise a legislative loophole and gain a monopoly on access to technical vehicle data, controlling the cost of information and potentially shutting out independent workshops entirely.

The OBD connector is therefore necessary for the operation of the entire automotive aftermarket so that it is able to continue to offer consumers a competitive choice in vehicle servicing and repair.

If IAAF and the other trade organisations fighting against the type approval proposals are successful then under legislation, VMs would have to continue to fit the OBD connector in new models of cars and consumer choice would remain protected.

The independent aftermarket serves 284 million motorists in Europe and has created 3.5 million jobs in 500,000 companies, of which most are small and medium-sized enterprises (SMEs). Its strong economical position is without doubt beneficial to motorists, as strong internal competition guarantees innovativeness, aggressive pricing and improved service quality.

In accordance with the domino theory, the consequences of removal of the small OBD connector would impact virtually all entities operating in the independent automotive aftermarket.

As well as garages, which would lose access to vehicle data and would have to depend on VMs, the missing OBD connector would also impact the entire spare parts supply chain including manufacturers, distributors, producers of diagnostic equipment and dedicated software for the OBD connector, as well as millions of drivers who would suffer the consequences of disrupted competition within the market.

Wendy Williamson, IAAF chief executive, said: “The IAAF continues to play a very active role in these discussions, as our aim is to improve the legal framework conditions for competitive RMI throughout the life of a vehicle. We are at a critical stage and we will work alongside other Federations and FIGIEFA in Europe to ensure the automotive aftermarket’s voice is heard.”

For further information from the IAAF, click here.
Tags:IAAFNews