In order to establish ‘abnormal’ combustion, we need to first consider ‘normal’ combustion. Irrespective of engine type (gasoline or diesel), normal combustion is where the combustion event that creates the energy release happens predictably, at the correct time relative to the piston position, in order to produce the maximum amount of mechanical power from the chemical energy in the fuel. In some circumstances or operating conditions, this does not happen effectively and this reduces efficiency, wasting fuel and creating excessive emissions (either of harmful gases or noise). In extreme cases engine damage can also occur.

Knock is often given alternative names. ‘Detonation’, ‘Pinking’ and ‘Pre-ignition’ are just some of the terms used to describe it.

Gasoline engine – Knock
Spark knock
The phenomena of knocking combustion in spark ignition engines is caused by the spontaneous, self-ignition of the fuel-air mixture in the combustion chamber, before it is actually reached by the flame front developed by the normal combustion event. The rise in pressure, in front of the flame, leads to a temperature rise in the unburned gases. In extreme cases, the thermal increase in the end gas leads to a situation where the required heat energy for combustion exists, and thus uncontrolled self-ignition takes place.
Depending on the mass of the end gas contributing to the self-ignition, a very rapid pressure rise takes place, leading to high-frequency acoustic oscillations that generate the characteristic ‘knock’ noise. Although this noise can be quite subtle, the damage that can be caused by the high pressure, high frequency pressure waves is quite considerable. Erosion of pistons and gaskets is expected, and if knock is sustained, surface temperatures of the engine components increases beyond design limits, causing further damage. During a normal combustion event in a gasoline engine, the flame front, initiated by the spark, progresses through the fuel/air mixture at approximately 10 to 50 m/sec. The pressure in the combustion chamber is more or less uniform (that is, the same at all positions). When knocking occurs, the high frequency oscillations create reverberating pressure waves that travel across the combustion chamber at high speed, generally, at the speed of sound for that temperature and pressure condition.
Pre-ignition
End-gas self-ignition – also known as ‘spark knock’ – will generally respond to changes in ignition timing and/or fuel quality and is therefore controllable to some extent. It is a challenge for the engine and combustion system designer to be able to increase the efficiency of the engine via higher compression ratios, but spark knock is a limiting factor!
Improved combustion chamber design, with adequate cooling, in conjunction with advanced knock control systems, helps to achieve the optimum combustion concept. Another knock phenomenon is true pre-ignition; something else igniting the fuel/air mixture prior to the timed spark. This causes incorrect timing of the energy release in the cylinder and considerable engine damage that can occur in a very short space of time (a few engine cycles). This type of uncontrolled ignition, which causes extreme knock, is becoming a concern to modern passenger engine manufacturers.
Highly turbocharged, downsized engines operate close to their design limits – they are highly stressed mechanically and thermally. This pre-ignition, caused by hot surfaces, produces high intensity knock, known as ‘mega’ or ‘super’ knock. This must be avoided at all costs during engine operation as damage will very often occur. The cause of this type of knock is thought to be the effect of deposits building up on valve tulips – breaking free and being induced into the combustion chamber, subsequently being heated and causing self-ignition during the compression stroke.
Most modern engines now use a combustion chamber mounted direct injector and it is thought that, due to the lack of fuel washing over the valve tulip from the direct spray of a port mounted injector, this allows the build-up of deposits to occur. It should be noted that knock is still not completely understood as it is a complex phenomenon; in addition, there is always some disagreement in academic or research communities. The subject itself can be quite subjective!
It is important to note that for a gasoline engine, engine knock is the limiting factor for the production of torque and power at any given engine operating condition (speed and load). Generally, for a given condition, the ignition timing is optimised to the position that gives best torque, just prior to the onset of knock. Finding this point is part of the engine ECU calibration process and thus, being able to detect and measure knock is important in engine research in order to be able to develop and calibrate the engine control system to run as close to the knock limit as possible, without causing engine damage. 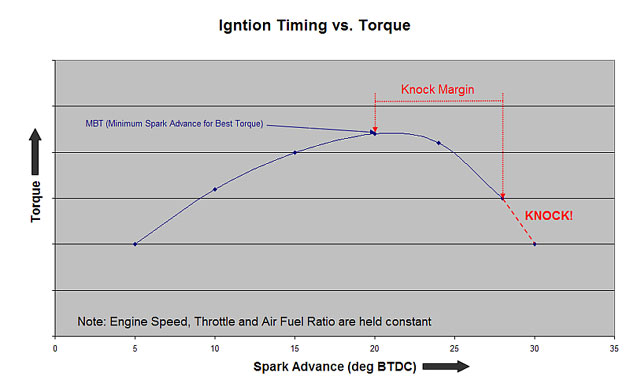 Knock sensing and measuring
Knock sensors are very often encountered on modern engine control systems. These are basically vibration sensors, tuned to the specific knock frequency of that engine (in a similar way that a tuning fork resonates at a specific frequency). When knock occurs in the cylinder, the vibrations travel through the engine structure and excite the sensing element in the knock sensor (normally a piezo-electric element). This produces a characteristic ringing voltage that the ECU can detect, and then respond to accordingly. 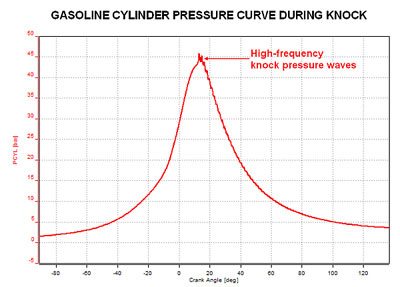 There is an important point to note when installing or replacing knock sensors on the engine – you must use the correct installation torque with a calibrated torque wrench. Why? When installing and applying torque to the body of the sensor, stresses are introduced into the sensor housing. If the incorrect torque is used, the stress value and stress distribution will be affected and the natural frequency response of the sensor will be altered. That means it will be sensitive at the wrong frequency and may not work at all! 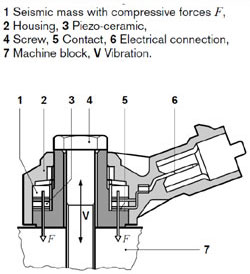 Measuring and evaluating knock is a science in itself. Researchers are constantly looking for more sophisticated methods for examining and understanding the phenomena, and predicting its onset. This information is then used to optimise the combustion system to reduce sensitivity to knock. Then, to calibrate the control system that will have to prevent knock, right throughout the life of the vehicle under a multitude of operating conditions. 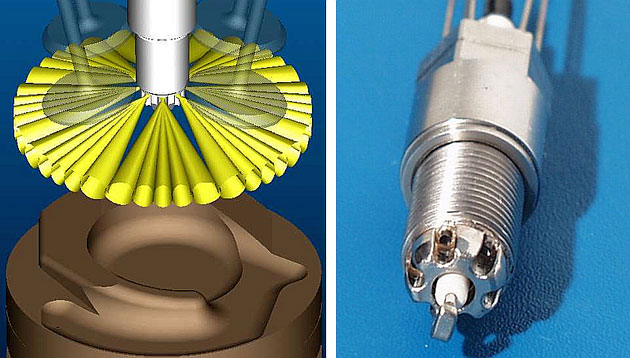 The latest measurement technology for engine research uses optical fibres to build up a visual pattern of the combustion event. This can then be used to monitor the progress of the flame front from the initial ignition event, right throughout the combustion process to the end gas combustion. This can be installed via instrumented spark plugs that include optical fibre bundles. 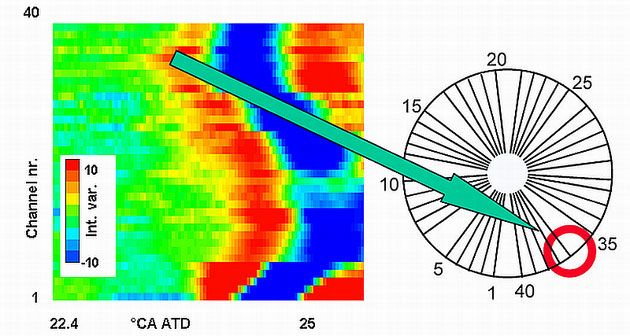 Summary
Knock is a complex subject that divides the experts in their opinion. However, it is a crucially important topic for the development of new engines, and is therefore of great interest.

KNOCK, KNOCK!
■ Knock is a phenomenon of spark ignited engines. It is caused by spontaneous, self-ignition of the end gases during normal combustion.
■ It causes damaging, high frequency pressure waves that can destroy the engine components in the combustion chamber.
■ The octane rating of the fuel determines the limit of ignition advance for a given engine speed and load condition, The higher the octane rating, the slower and more controlled the fuel burns and hence, the greater the resistance to auto-ignition ‘knock’.

Dave Rogers is an Automotive Engineer, Master Technician and Technical author. For more information visit www.autoelex.co.uk, or you can find his regularly updated blog at www.autoelexblog.blogspot.com.

0 0
Previous : Borg & Beck – Brake disc coating
Next : How to change a clutch on a Volkswagen Crafter