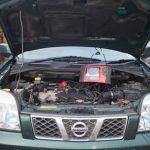 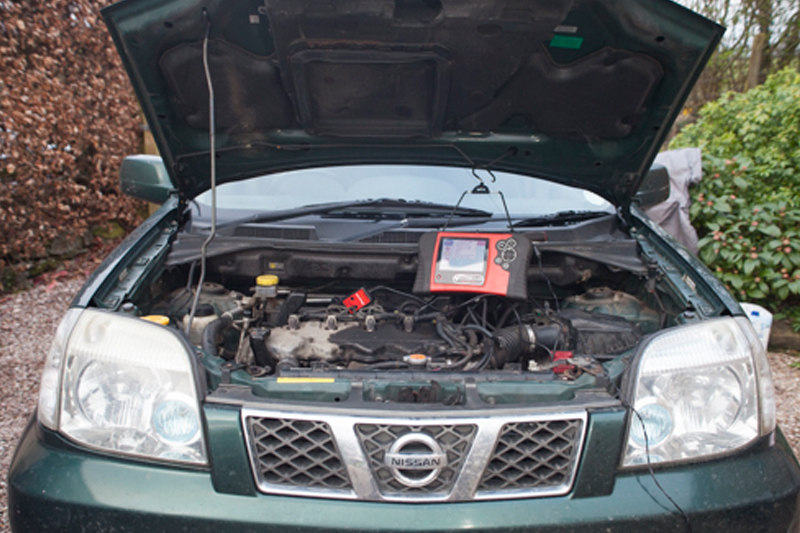 What was Causing Nissan Nightmares?

Josh Jones, a Devon-based Garage Manager for the AA, reaffirms his belief that a well-thought out diagnostic procedure is the key to saving the customer money and the mechanic time.

Hello again readers of PMM. This month, I would like to share with you another example of a vehicle fault I have examined. One distinctive aspect of this particular job turned out to be that there were two issues with the vehicle and both of the faults had an implication on the diagnosis of the other. As is quite often the case, the cost of the required replacement components and the time to remove/install/programme these parts can have quite significant consequences for the customer. This case highlights how an efficient diagnosis process is crucial in ensuring the right repairs are made to solve the vehicle problem first time round and that if due care is not taken, then any further time spent or extra parts bought could very quickly ramp up the cost of the fix.

The engine of this 2005 Nissan X-trail 2.2d (Y22) uses a popular, and familiar, Denso Fuel System, so I knew the first step towards diagnosis would be to listen to the vehicle running in the workshop. With over 160,000 miles covered, I expected to see a Captain’s Log instead of a service book in the glove compartment and so was not anticipating perfect refinement from the engine ba 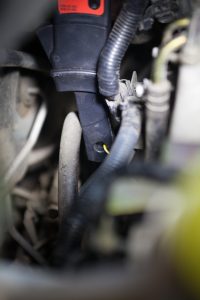 y. However, to my dismay, the noise produced sounded like a dead misfire on one cylinder at idle speed. When the rpm was raised, an improvement could be heard and it sounded as if the lazy bore was coming back online with the added rpm. This was the case regardless of engine temperature (I have had a case before where a connecting rod has been very slightly bent, causing a problem only noticeable when the engine was cold). In conjunction with this issue, the engine would sometimes cut out if left to tick over and, when driven, it would occasionally pull correctly – but more often than not, it would give up altogether.

In terms of trouble codes, I had P0089 (fuel pressure regulator performance) to work with, although, as stated in my previous case studies, it would have been unwise to allow this code to influence my diagnosis strategy more than the real physical symptoms I had available to me. I immediately suspected two issues. Firstly, due to the mileage and knowing the history of the car, I suspected an injector wear fault. After conducting a compression test and verifying correct valve timing, I opted to use live data on my scan tool to determine which cylinder was underperforming. It quickly became apparent that cylinder three was having a hard time, as smooth running control for that pot was through the roof. No further time consuming tests were needed to identify that we indeed had a cylinder specific fault to deal with – one that was not caused by a lack of compression or an engine synchronisation problem. On the engine, access to individual leak off outlets was restricted due to the figment configuration of the injectors in the cylinder head, so the quickest way of concluding that the injector was at fault was to rule out all related potential issues (find out what it’s not and you will be left with what it is).

With regards to the intermittent cutting out, I suspected that it was caused by the additional fault and that the driver of the vehicle had been putting up with the rough running for some time, before the main fault (cutting out and loss of power) had occurred. This part of the case is worth reiterating. If I had made the decision to replace the injector/s, feeling that it would have been a final fix for the customer, then I would have run into the sticky situation where the customer has been ill-advised, leading to time being wasted on an extra fault that would not necessarily provide a remedy for the problem. The key to this puzzle was understanding that a worn injector was unlikely to cause the vehicle to intermittently cut out (although it is feasible that it could have caused the fault code) and knowing that the additional fault would remain if I decided to fit four new injectors and programme accordingly. 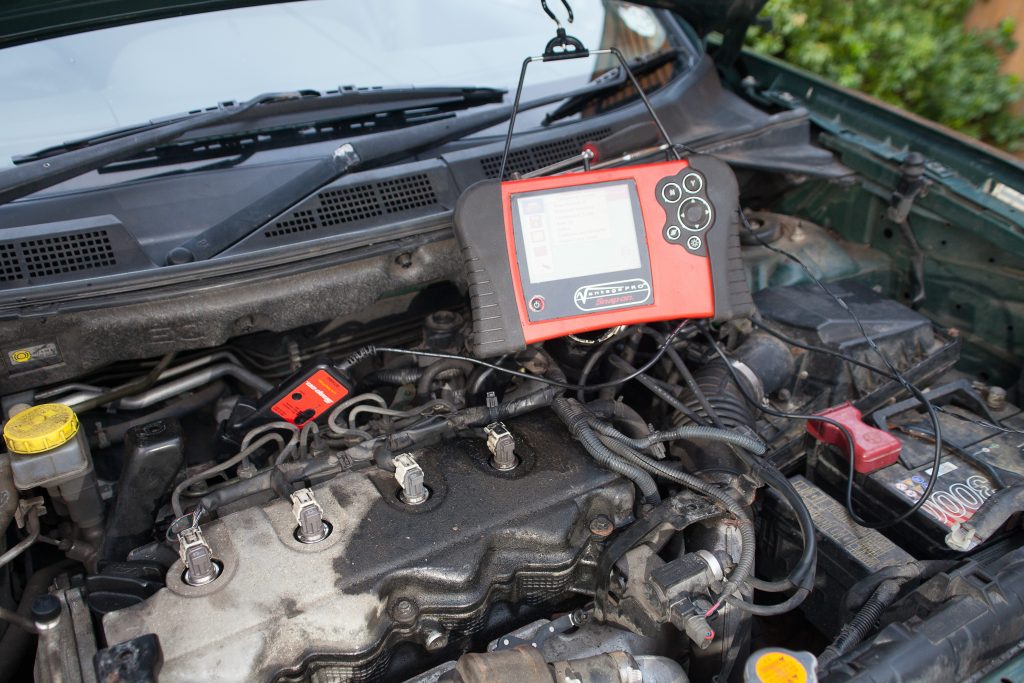 In an effort to confirm my suspicions about the additional problem, I wanted to find out if the correct fuel rail pressure was being produced at low rpm. The high pressure fuel pump on this vehicle is fitted with a ‘suction control valve’, as opposed to a fuel pressure regulator. I find this later system a lot easier to work with in terms of diagnosis because there are only four things that can really dictate the system’s ability to maintain rail pressure, assuming there are no pre-supply issues (blockage, etc.). These are: the pump itself, the suction control valve, the rpm and any internal or external leakage.

I suspected that the reason for the cutting out and DTC log was the suction control valve not reacting to the control unit’s command quickly enough, which was more than likely because internal wear was causing it to stick. This is something I have encountered in a few cases on various different fuel systems, but I needed to be able to show my working before reporting my diagnosis, due to the fact that, if we were dealing with a fuel pump issue, the cost of repair would have been significantly higher. 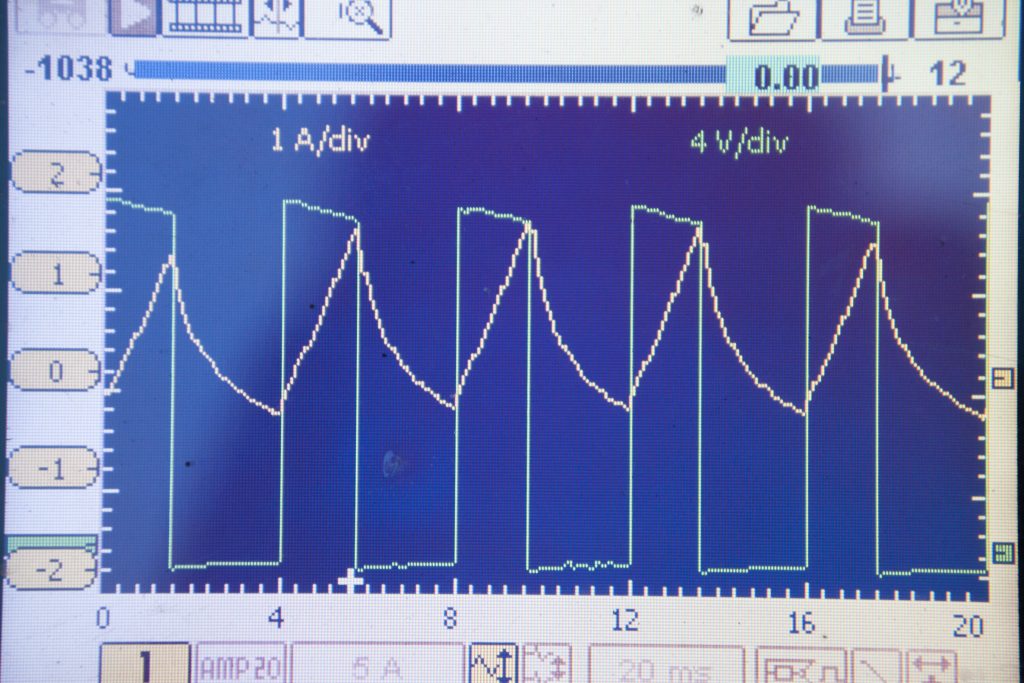 Using live data to analyse the fuel pressure, it was clear that the pump was able to provide correct amounts of fuel delivery at higher rpm and during cranking, so with the engine at idle, I connected my oscilloscope current clamp to the control wire of the suction control valve. This was to take a look at the current flow through the valve circuit both during normal operation and when the fault occurred. My plan was to compare the trace of the old valve to the signature of the new one. I find this is an immensely useful tool when dealing with cases where you need to make sure that the same component is not at fault on a vehicle you are later presented with.

I am now starting to build up a bank of stored waveforms and a substantial library is beginning to pay me back by means of useful reference information. It was reasonably clear from the waveform that the valve had suffered some type of internal failure as the current flow was erratic in places, even with the rest of the circuit having been checked for integrity. I advised the owner of the vehicle that injector replacement was required, along with a replacement SCV and that a calibration process would also need to be carried out after that. The go ahead was given.

After fitting the injectors, I decided to run the vehicle to confirm my suspicion that the cutting out fault would still exist… and it did. There was certainly a massive improvement with no unevenness, but if you left the engine to idle it always started to hunt, then cut out. SCV replacement on this model is physical, not what I would describe as ‘fun’, although it is more than possible with access from the top of the engine bay with the intercooler removed.

Following the replacement, the appropriate adaption resets were carried out and the vehicle road tested with positive results. As stated at the start of this case study, the interesting thing for me is the different path that the repair process could have taken if the only fault identified was the injector. If this had been the case and the high pressure pump had also been at fault, what would the implications be for the technician and the customer if another five hours’ labour and a new pump were required when the owner had been advised that four new injectors would have got them back on the road? For me, these scenarios reinforce the need for correct understanding of the systems we are working on and it reinforces my decision to continually invest in training to hone my decision-making ability in this type of situation.

0 0
Previous : How to fit a Clutch on a Toyota Rav4
Next : Who Needs a Trade Association?